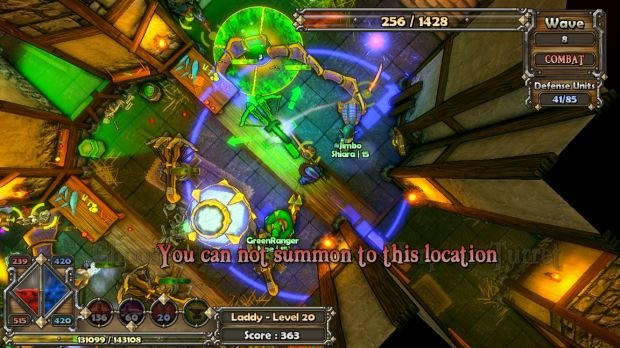 Disappointing news on the third-person, cooperative tower-defense front — Trendy Entertainment’s Dungeon Defenders for PC, Xbox Live Arcade, and PlayStation Network won’t be out this year. Trendy’s Jeremy Stieglitz has revealed that while the mobile versions for iOS and Android will hit in mid-December, other platforms will have to wait until January of 2011.

The good news is that Trendy has already completed work on two additional maps, several items packs, and new enemies. all which were originally planned to be released as downloadable content. No more, as the studio is cramming that content into the final release. On top of that, they’re promising to make the first month’s post-release DLC “free for all platforms that permit it”; this will include one new level, along with a brand new hero class.

Dungeon Defenders is looking slick, so the delay is unfortunate. More content isn’t a bad thing, and no one can really hear our complaining over the noise all of these other awesome holiday games are making. Check out our preview of the game for more info on the title while you wait.