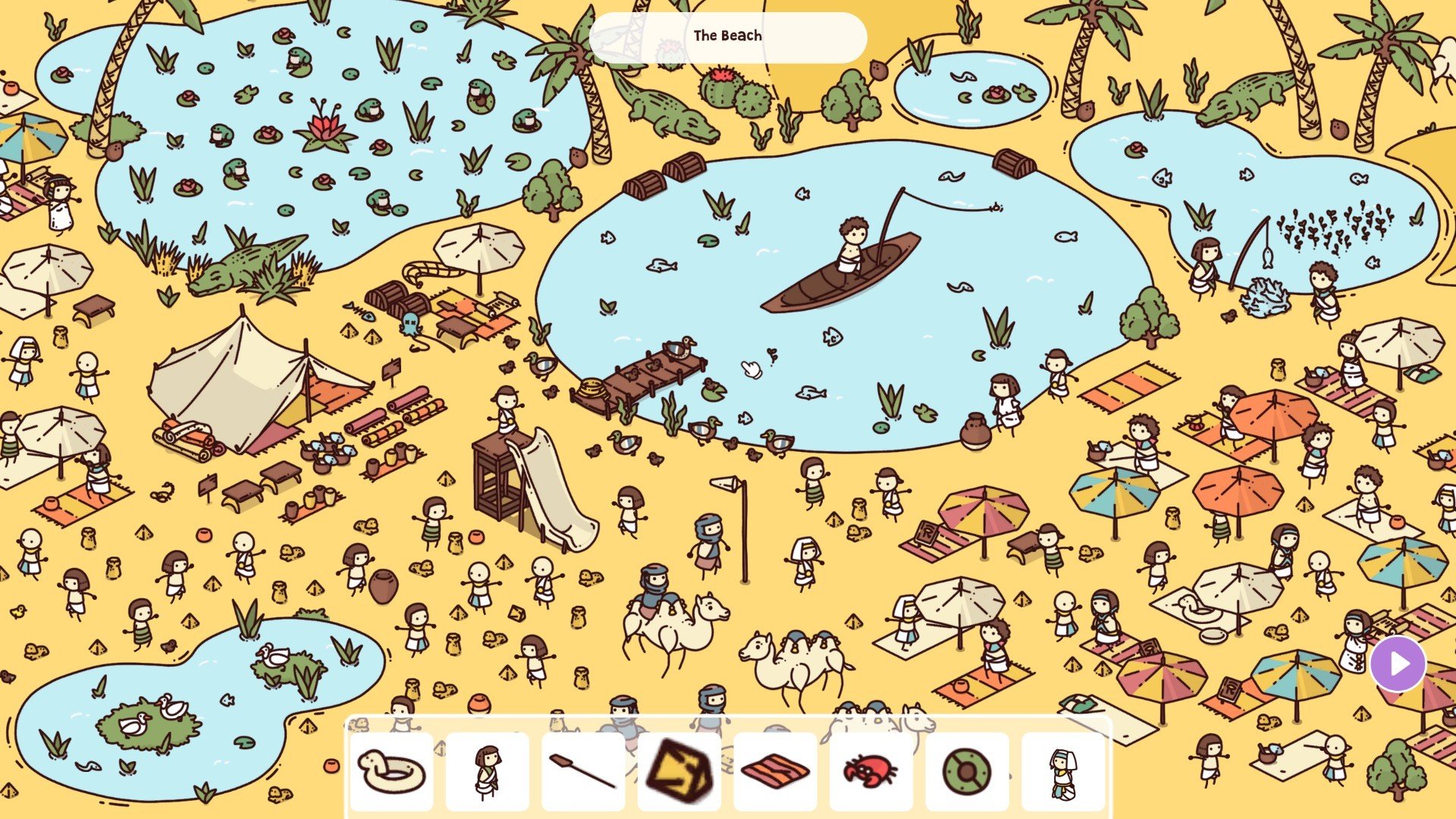 Found hiding in the crevices of my brain

This isn’t something I’ve thought about in a very long time, but I loved Where’s Waldo books when I was a little kid. I would find Waldo (easy) and then I’d cruise through the back-cover checklist of optional objectives (tougher). I would obsessively scour each page for the one item that striped clumsy idiot lost at every location. I was The Waldo Finder, and I was very good at my job.

The reason I suddenly remember my affinity for Where’s Waldo is because a new game released called Hidden Through Time. It is a digital recreation of those books I loved — minus the license — where the entire point is to find specific things. There are busy scenes and very inconspicuous items hiding among it all. Hidden Through Time seems to be good because it’s sitting at a “Very Positive” rating on Steam.

All of this has brought me to the realization (or possibly re-realization) that there was a Where’s Waldo game on NES. I think I rented it when I was a kid but maybe that’s the Mandela effect in action. Maybe I wish I rented Where’s Waldo but never actually knew it existed. It’s all very hazy.

However, it seems as though Where’s Waldo the video game was not very good at all. It was developed by Bethesda and published by THQ. That’s a wild-sounding sentence in 2020. The game’s Wikipedia page says “[it] was panned by critics, who criticized the game for its graphics, which made it more difficult to find Waldo in each of the levels.” My game reviewing lizard brain wants to scream “the graphics are bad” is some weak-ass criticism from early-days games writing, but that actually seems pretty valid considering that a game about finding things looked so ugly that it was too hard to find things!

This is why I would like to see a Where’s Waldo remake — again developed by Bethesda and again published by THQ Nordic. Give everyone a shot at redemption and righting a historical wrong. Hide that man around nice-looking train stations and fairgrounds and caves, and I will find him. Eventually, we will get to the moon (that was the objective of the NES game) and then it can be the canonical prequel to 2016’s Prey. It’s only crazy if it doesn’t work.

Alternatively, you can play Hidden Through Time. It’s available on PC, PS4, Switch, and Xbox One for $8; it’s on iOS and Android for $3. If you find a striped man carrying around a snorkel, mallet, and binoculars, click the hell out of him for me.