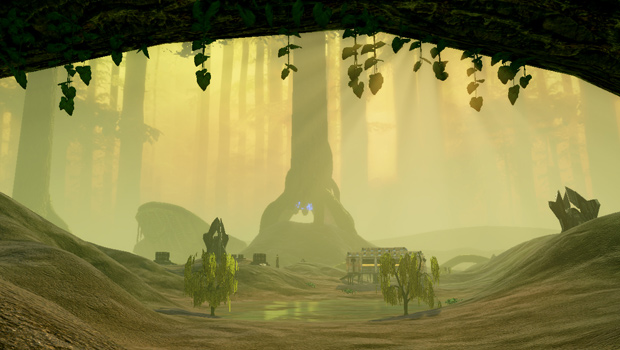 Tribes: Ascend has been getting a lot of positive feedback from not only the gaming press, but also the community. After less than a month after it’s release, Hi-Rez shares some footage of it’s 2 upcoming maps and gameplay changes that they will be implementing.

The video shows off 2 new maps, as well as some new features and modifications that were requested by the community. “Tartarus” is a new Capture the Flag map with a giant dilapidated ship serving as it’s central hub. “Hinterlands” is a new Arena map that has lush and colorful foliage, as well as deadly pools of acid. The level designers wanted to go for a more organic feel to these maps, and the strong color palettes and design elements incorporated into them really help push that forward.

These new maps and changes are available now on the newest update 1.0.961.0. I just hope that King Foom, Ryan and the rest of our team can utilize the power of load out switching against those Machinima vagabonds.