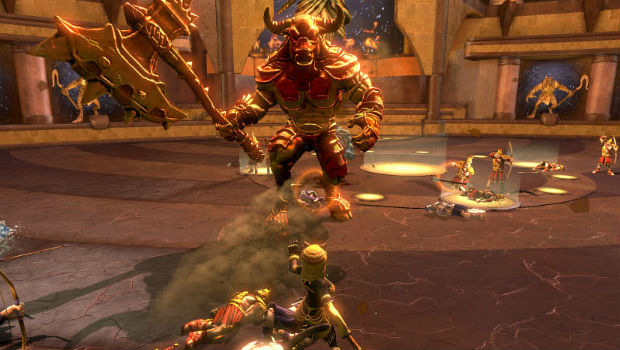 I really enjoyed my time with SMITE, and loved the more action-oriented approach to the MOBA sub-genre. The problem is when I get on my PC, I usually just opt to play something else, like League of Legends or Heroes of the Storm. Getting SMITE on a console may change that.

Developer Hi-Rez Studios has announced more plans for the Xbox One version of SMITE, which includes a full playable build at PAX East (Booth #9116). The company has also indicated that it’s coming up with a way for PC players to transfer their existing account over to the console, which is great news for those of you who have put a lot of money or time into it.

The closed alpha on Xbox One will begin on March 11.