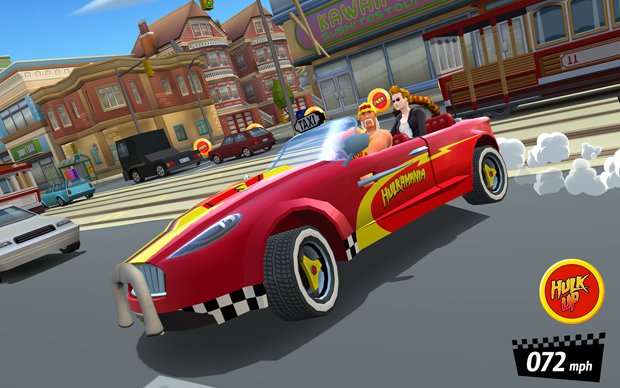 Remember when Hulk Hogan was an actor in movies like Suburban Commando — side note: you must look this up, if you aren’t familiar with it — or the time his family got their own television series on VH1? Forget about all of that, because now he’s in Crazy Taxi: City Rush.

He’s so sleek ‘n’ shiny! And since this Crazy Taxi (iPhone, Android) has tanks for some reason, you can play as Hulk Hogan in a fittingly decked-out, red-and-yellow tank. What a world we live in.