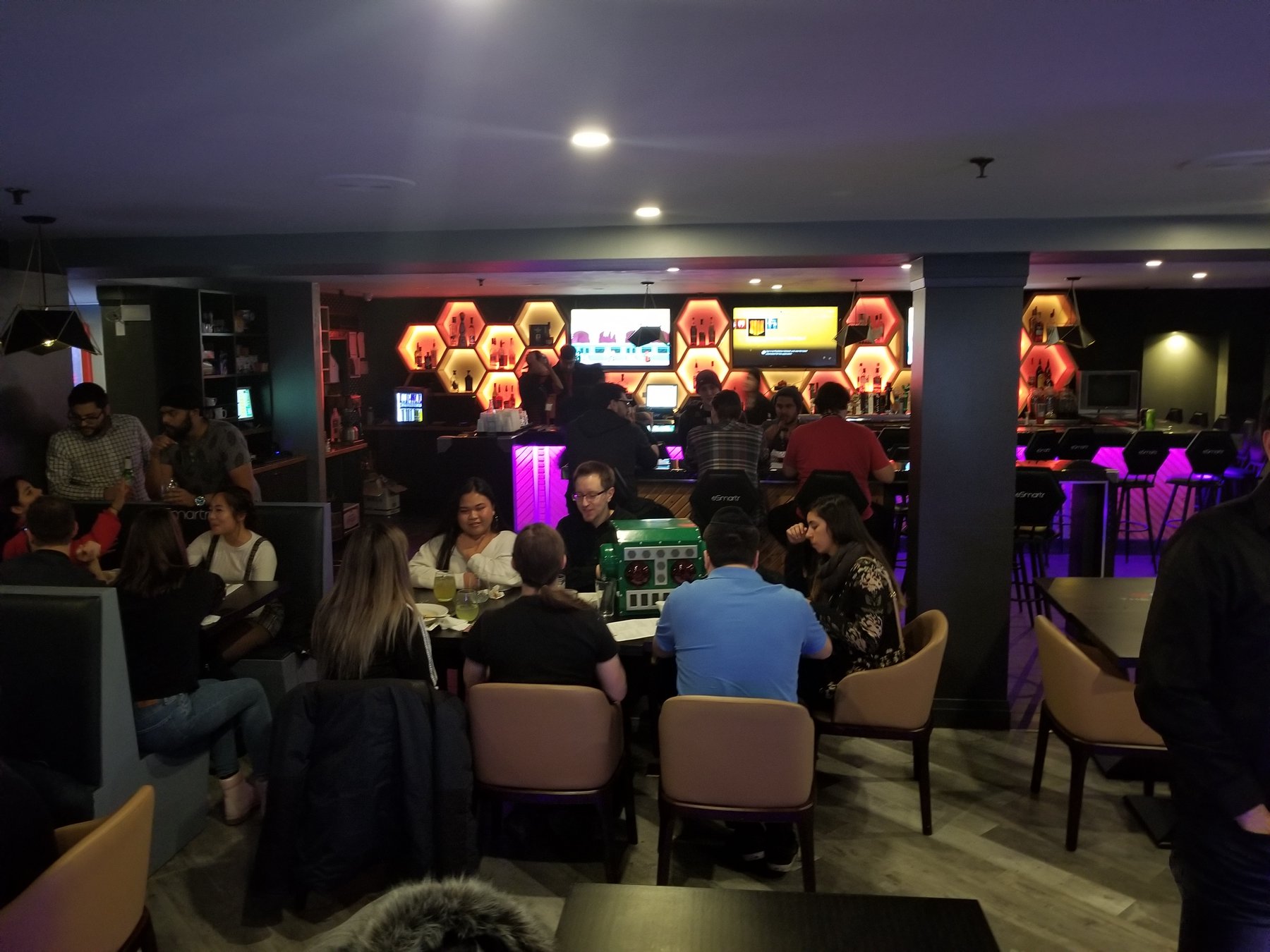 Celebrate the robot with the flowbot

Jak and Daxter; Ratchet and Clank; Apple-Bottom Jeans and boots with the fur. These are all pretty good pairings, sure. Iconic. You know what an even better pairing is?

I honestly don’t know what drunk people did before Al Gore invented Pac-Man. Did they all just tip cows over and start classic rock bands? It sounds terrible. Let’s not repeat the mistakes of the past — come out to The Hive in downtown Toronto to play some games, meet some devs, and celebrate the magical pairing of digital entertainment and alcohol.

The Toronto Game Developers Meetup Night is a Toronto-based program in which game developers can interact with one another to experience the growth of the gaming industry in their local area. The first two meetings were invite-only affairs, but the devs thought it’d be more fun if the general public (US!) could crash.

So crash it already!

Get out to The Hive Esports at 49 St Clair Ave W this Thursday night, December 20, and represent the robot. Meet industry folks, get insight into how your favorite games are made (by the people who made them), and do some good old-fashioned Thursday boozin’. Rumor has it you’ll be able to drink our signature cocktail, The Destructoid.

Check out their Facebook event for more deets. Go drink and be merry, ya filthy animals.