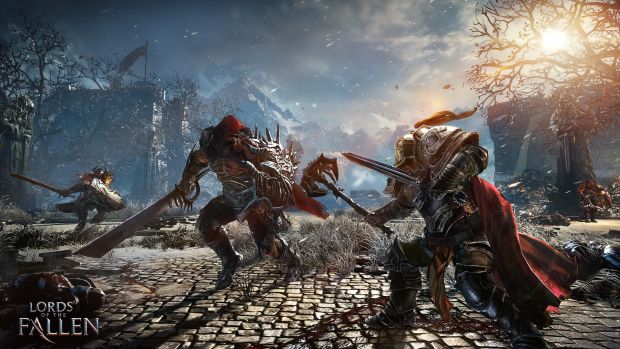 Hey City Interactive, I’m really interested in Lords of the Fallen but enough with just releasing screenshots like the two new ones in our gallery. Yeah, you released a neat looking teaser, but where’s some actual gameplay footage? Only people that have previewed it know what the game truly looks like.

Destructoid’s Brett Makedonski has previewed the game for us in fact, noting that it has a lot of promise. But for the rest of us I think we’re over the slow drip of screens. Come on already!

But the stuff I do read about the game is what’s holding my interest still. Specifically how executive producer Tomasz Gop has compared Lords of the Fallen to Dark Souls.

“This is a game about you crossing the gap,” Tomasz told VG247. “The difference and distance between being a random noob at the beginning, and skilled pro player at the end. This crafting of your skill is what this is about, and I thought Dark Souls was exactly about the same thing.”

Okay Lords of the Fallen, you still have my attention … for now.