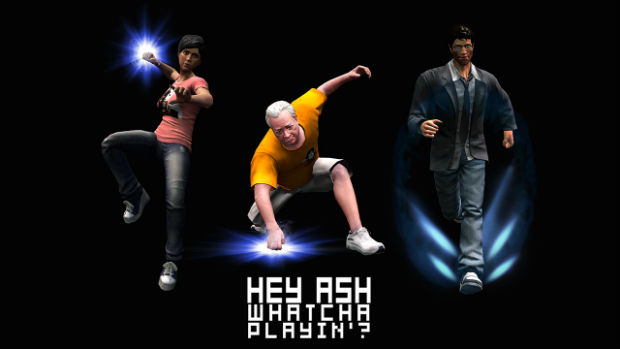 Ash’s consolation for not being allowed to motorboat Nolan North

Anthony and Ashly Burch have come a long way from their humble beginnings as creators of a weird Internet show to where they are now (creators of a marginally popular weird Internet show, among other things). Now they can add one more thing to their résumés: they have been added as downloadable homies in Saints Row IV with the Hey Ash Whatcha Playin Pack.

In addition to the Burch siblings, the true star of the show is included: Papa Burch. He sports the “Would You Kindry?” shirt featuring Ash’s face, while Ash wears the Papa Burch shirt. Anthony is wearing his signature jacket and tie, though it looks to me that Volition has taken some liberties with his character model’s broadness. We can’t have scrawny homies, apparently.