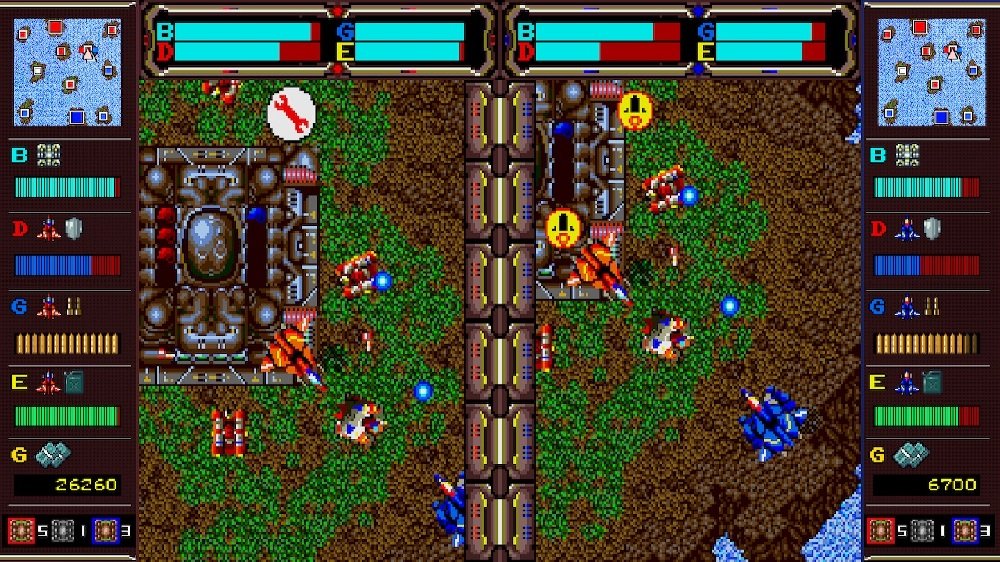 Pioneering RTS title back to battle

Sega has released details regarding the next classic title headed to Nintendo Switch as part of its “Sega Ages” retro range. This time, the publisher is taking a break from its iconic run of arcade actioners and platformers, with the release of Technosoft’s tactical warmonger Herzog Zwei.

Originally released for the Sega Mega Drive in 1989, Herzog Zwei is an early entry in the real-time strategy genre, even predating Westwood Studios’ legendary Dune II by several years. Herzog Zwei tasks players with micro-managing a battlefield in a futuristic universe, purchasing ground units and building attack formations, while portioning out finite amounts of fuel and ammunition in order to keep your mech army active and alert. Ensuring careful placement of units, issuing smart orders, capturing outposts for resources and ensuring the reparation of damaged troops, players can win the day for either the Government or the Revolution – Herzog Zwei‘s endlessly warring factions.

You can check out the original release below, courtesy of YouTuber 10min Gameplay.

As is the case with previous Sega Ages releases, Herzog Zwei will include a number of neat modern features. These include both an authentic reproduction of the original Sega Mega Drive title, as well as a brand new tutorial, replay options, and several classic screen filters. Best of all, Herzog Zwei will support online multiplayer, allowing players to pit themselves against one another for some classic RTS action.

Herzog Zwei will launch “soon” on the Japanese Nintendo eShop. A western date is yet to be announced, but previous Sega Ages releases have received localisations with a relatively short turnaround.