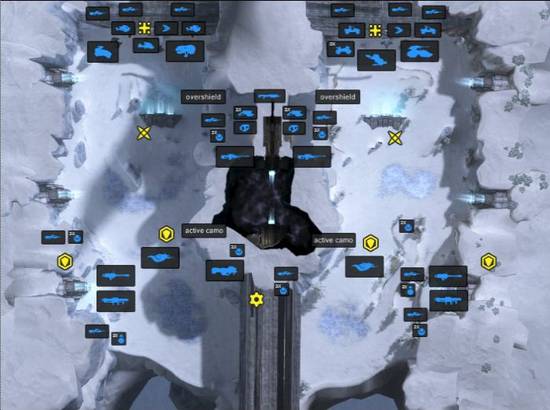 First off, the Heroic Map Packs have now become available for free. The Heroic Map Pack contains three maps including one map that allows you to rearrange it however you wish. Now all you people that were too cheap to spend some cash or smart enough to know not to waste your money can enjoy these levels. Once you get into Stand Off, get the sniper and zoom in on the moon for a surprise!

Anyway, now that those maps are free, it’s time to put focus on the next three new maps coming out in the Legendary Map Pack. Most of you have no doubt already seen Ghost Town and Avalanche by now. If not, Ghost Town is a newly designed map based off the first part of the single player campaign in Halo 3. It looks to be good for a mid size team battles and objective games such as One Bomb and One Flag.

With Avalanche, it’s a remake of Sidewinder, one of my favorite maps ever, from Halo 1. This map is finally doing something none of the other maps in Halo 3 have done by including the Hornet and Scorpion Tank. The map is huge with lots of vehicle support, weapons and equipment all over the place. I wasn’t planning on wasting $10 again but Sidewinder might really just be worth it.

Finally, the last new map was revealed today. It’s called Blackout and is a remake of Lockout from Halo 2. The map is set in an Arctic installation and looks like you can easily fall of the map from any point of the map.

The three new maps will be out April 15th for 800 Microsoft Points. Think these three maps are worth another $10 or are you planning on waiting for these maps to go free too?