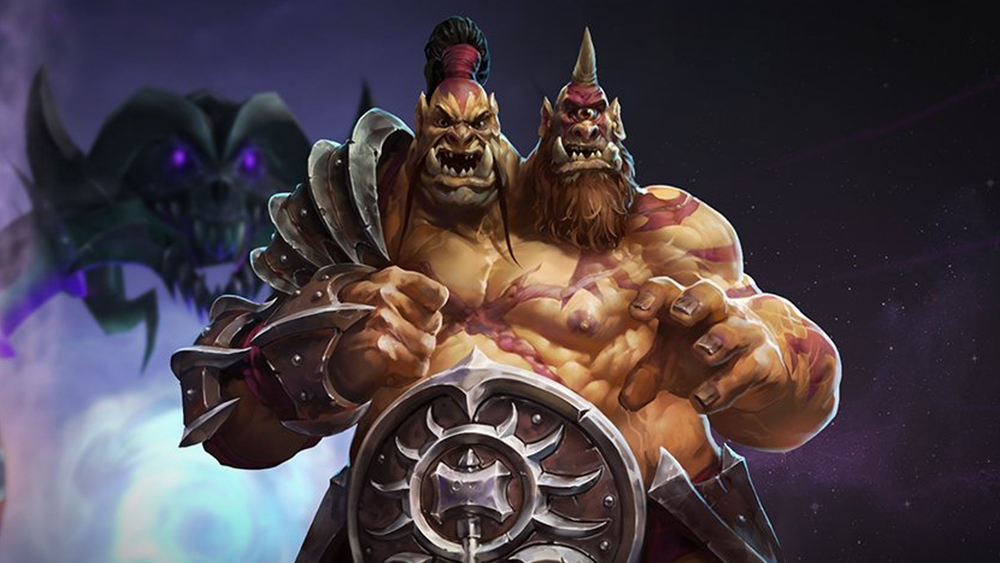 Cho’Gall looks every bit as delightfully ridiculous as I was hoping he’d be since his announcement during BlizzCon. The two-headed Ogre is a giant of a hero with a massive health pool and an assortment of wild attacks and skills. The catch? He’s controlled by two players at the same time. One player controls his movement and melee skills, while the other hurls magic artillery at their foes and hopes the other guy knows what he’s doing.

This video does a better job demonstrating what Cho’Gall will play like. He has a huge arsenal of skills to deploy, including melee attacks, ranged AoEs, and some control and engagement tools. However, many of his skills not only rely on good positioning, but on both players paying attention and activating their part of the attack at the proper time.

When controlled by a drift compatible power couple, it looks like Cho’Gall could be a real monster capable of taking on groups by himself (himselves?). But if the two players can’t get on the same page, he’ll be a huge liability. After all he takes up two-hero spots on a team and every time he dies it counts as a double kill for the enemy team.