Heroes of the Storm is having an interesting year. Although a lot of people aren’t happy with the way Blizzard decided to ramp down development, I’ve actually been enjoying the game on a regular basis, just as frequently as I have in the past.

There’s work to be done for sure. Middling issues that haven’t been fixed in over four years are still present, and there are a lot of characters that still need to be added before the roster can really feel complete. But given that the game is alive all of that can come, and Heroes is bolstered by a strong MOBA core that is far less time-consuming than pretty much any competitor in the market.

Not everyone is happy though. In a shocking turn of events Blizzard decided to actually debut an original “Nexus” character in its first cutback year, Qhira. Although it might not be the character everyone wanted, I’m happy to see her in the mix. 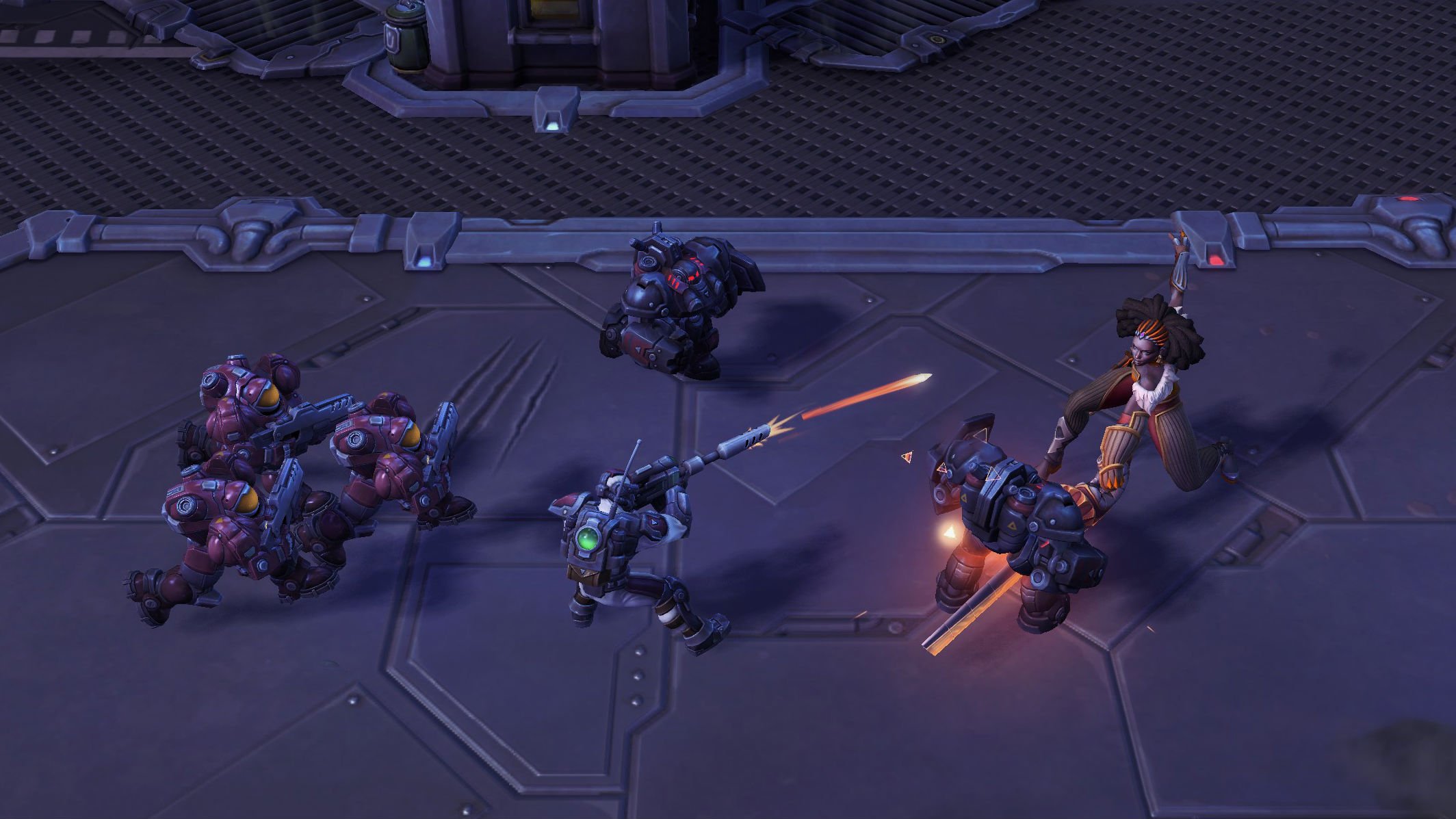 Her E, revolving sweep, is a targeted line skillshot that allows her to grapple onto an enemy, revolve around them, and slam into them on command: pushing them in the opposite direction. On top of that her trait, grappling hook, also pulls her into terrain and launches heroes hit on impact. Once someone is in her clutches she can pop her W, blood rage, damaging enemies she’s hit with auto-attacks and healing herself (blood rage also provides a passive stacking bleed). Her heroics (ultimates) involve a radial sword spin with a stun and another skillshot that does 25% increased damage if a hero is below 50% health.

In short, if she meets a squishy character in a lane and has full mana and all her abilities: they’re likely dead. Now you need to aim all of these skills (and time her E), mind, so skirmishes aren’t an automatic win. Even crazier: you can aim her passive while looping around enemies with her E, and she’s granted immunity during said loop. Her niche is perhaps best exemplified by one of her level 20 talents, “No Sanctuary,” which reveals nearby enemy heroes with lower than 50% health, with increased movement speed and damage to those targets to boot. You can also build her to almost completely cater to damage rather than utility, building up blood rage to the point where you’re a hero-killing machine.

That’s pretty much all she does though. If you can pick enemies off (especially early, and build up XP) you will succeed. If a good tank peels you off or keeps you at bay, you basically have no recourse. Qhira needs to really get her auto-attacks in to trigger her blood rage, which is one of her only sources of sustain. If things really get rough you can try to grapple away, but if you get hit with a stun in the process, it’s game over.

Amid all this give and take during my matches with her, I was having a lot of fun trying to make the most out of her kit. I dig her particle effects and whole chain sword vibe (which is even wilder with her alternate chainsaw skin), complete with vibrant neon red lights. Flying around an enemy hero with her E is a highlight (especially if you talent in to make it an area-of-effect slam after re-activation), and hilarious to boot.

In the end, although she might not be as popular as Cairne Bloodhoof or Grommash Hellscream, she’s the kind of hero I like to see in the Nexus: flashy and role-fulfilling. She also somehow beat out the long-awaited Imperius so far this year: with Anduin, the Heroes team is two for three in terms of good characters in 2019.