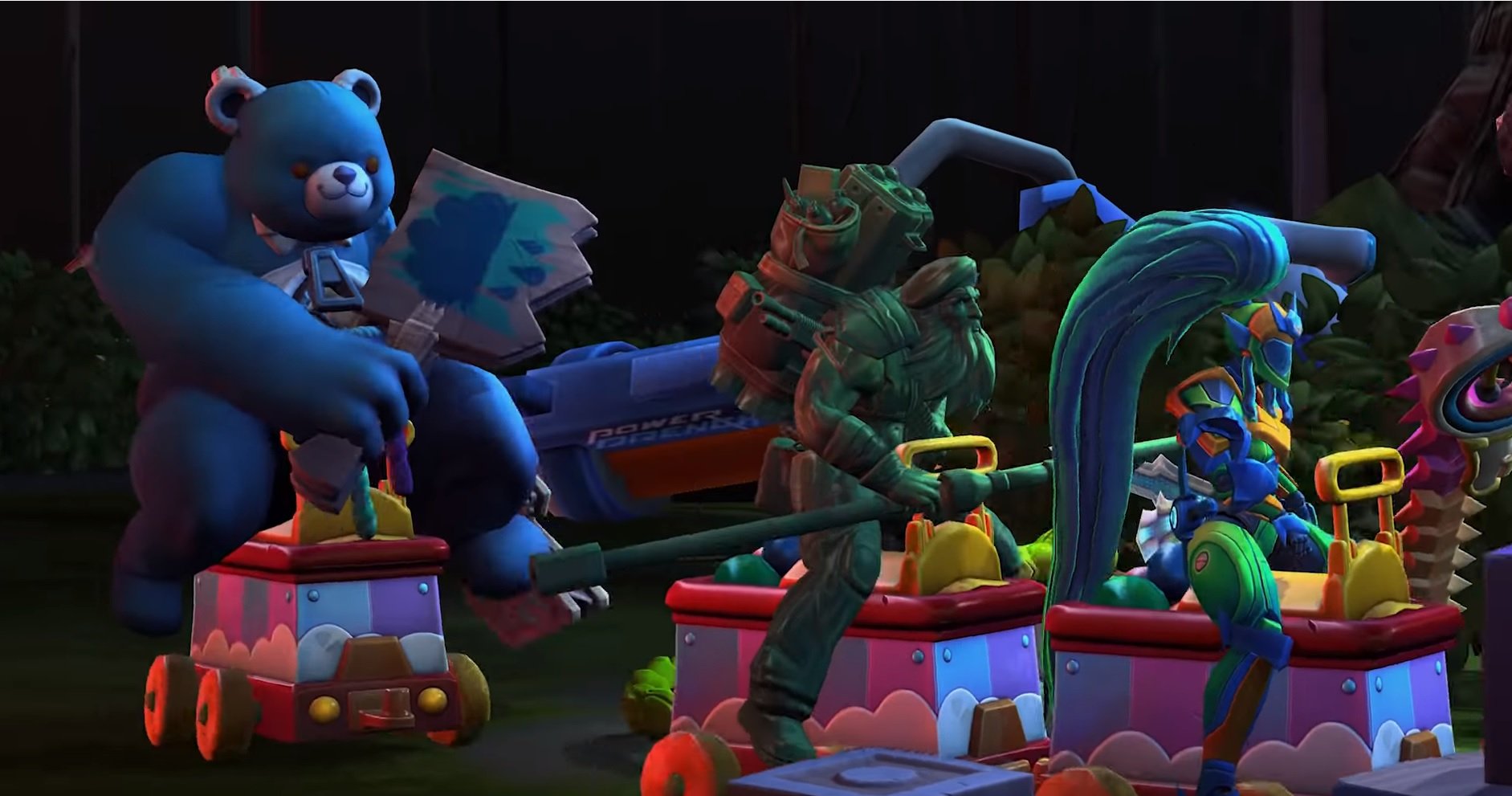 As promised, Blizzard just implemented the “Toys 2” event in Heroes of the Storm, which brings back the popular “Toys” celebration. The gist? You’re getting a free pack of challenges that unlock cosmetics, as well as the always-popular premium skins, mounts and items.

The most popular addition is easily the Toy Train (which comes in five variants): a new mount that can be stacked together with other teammates. What a genius idea to get a five-person team to all open their wallets together. Green Army toy skins are another highlight, as well as a skin for the host of the event, Tickle Mephisto. It also doubles as a holiday event, so it’s a two-fer.

The new patch brings in a ton of gameplay changes, with small alterations to Cho’Gall, nerfs for Deathwing, basically a rework for Samuro and huge buffs for Greymane. One of the other big changes, which is a huge buff for melee heroes: the unstoppable state now removes blinds. It sounds small, but will now allow aggressive characters like The Butcher to put out more damage and use their unstoppable abilities to avoid hard counters.