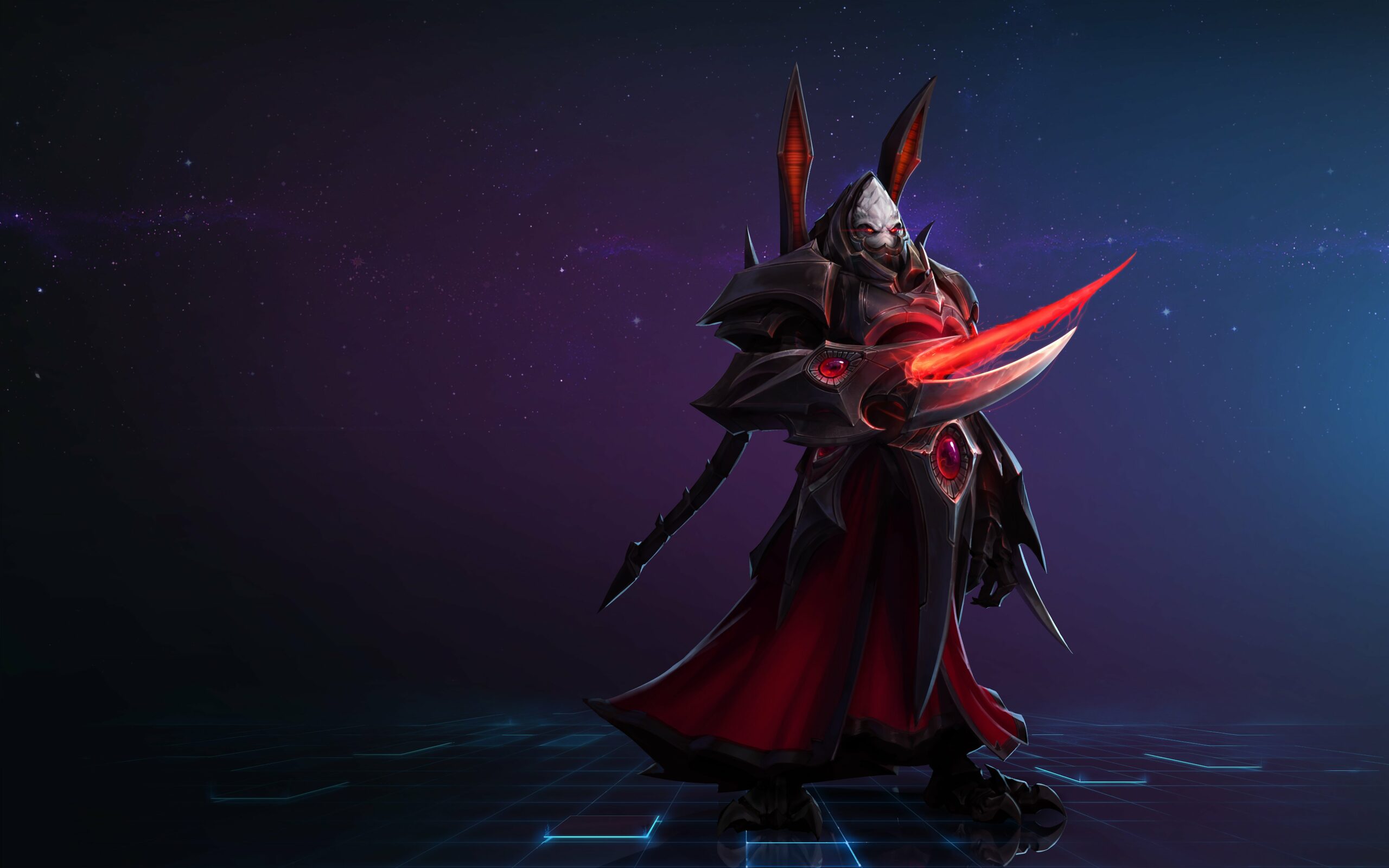 A powerful assassin with a skill-based kit and a Cthulu-themed skin, voiced by John de Lancie?

At this point I’m just glad we’re getting a true assassin. In the past we’ve seen [albeit fun] “assassins” that have had more wave-clearing potential to the point where they’re almost specialists, but Alarak (from the StarCraft universe) truly is built from the ground up to embody the very idea of killing other heroes. This is mostly due to his trait — a straight 100% damage increase to other heroes. Between his Q (a delayed skillshot strike), W (a telekinesis shot that can push him or other players in a specified direction), and his E (a ranged lightning strike), his entire kit is built around single-target destruction.

But that gimmick extends far beyond just a boring damage bonus, as you can build all of your talent choices around it. At nearly every level-up, Alarak has the option of permanently decreasing the percentage in favor of adding a new bit of functionality (such as range or speed) to his attacks, so you can tweak some more survivability in there if you want.

Or, if you want to get really risky, you can take a talent that adds a permanent increase to his meter if a teammate dies — a bonus that’s lost upon Alarak’s death — and another ability that lets you expend percentage points permanently to refresh all your cooldowns. It’s a collective of a few of the most perilous abilities in the game, as you can basically screw up your character’s effectiveness entirely if you don’t manage your meter like a resource.

That rush of a playstyle is accompanied by a stellar performance from John de Lancie (Q from Star Trek, or more recently, Jane’s dad in Breaking Bad), who talks down to other heroes and provides some of the best dialogue in the game. It doesn’t hurt that he sports his own mount (self-flight) and a rockin’ Cthulu premium skin. Aesthetically, he feels more complete than several other more well-known additions that partially coast by on nostalgia.

Alarak also has a few wacky things like a unique level 20 Bolt teleport that has a ridiculously low cooldown and a wide range but leaves him at 1HP. He’s weird, formidable in the right hands, and hilariously condescending. I didn’t have high expectations with him at all, but he exceeded them and then some.

Next up is Zarya, who will be invading from the world of Overwatch and has a near 1:1 re-creation of her kit.