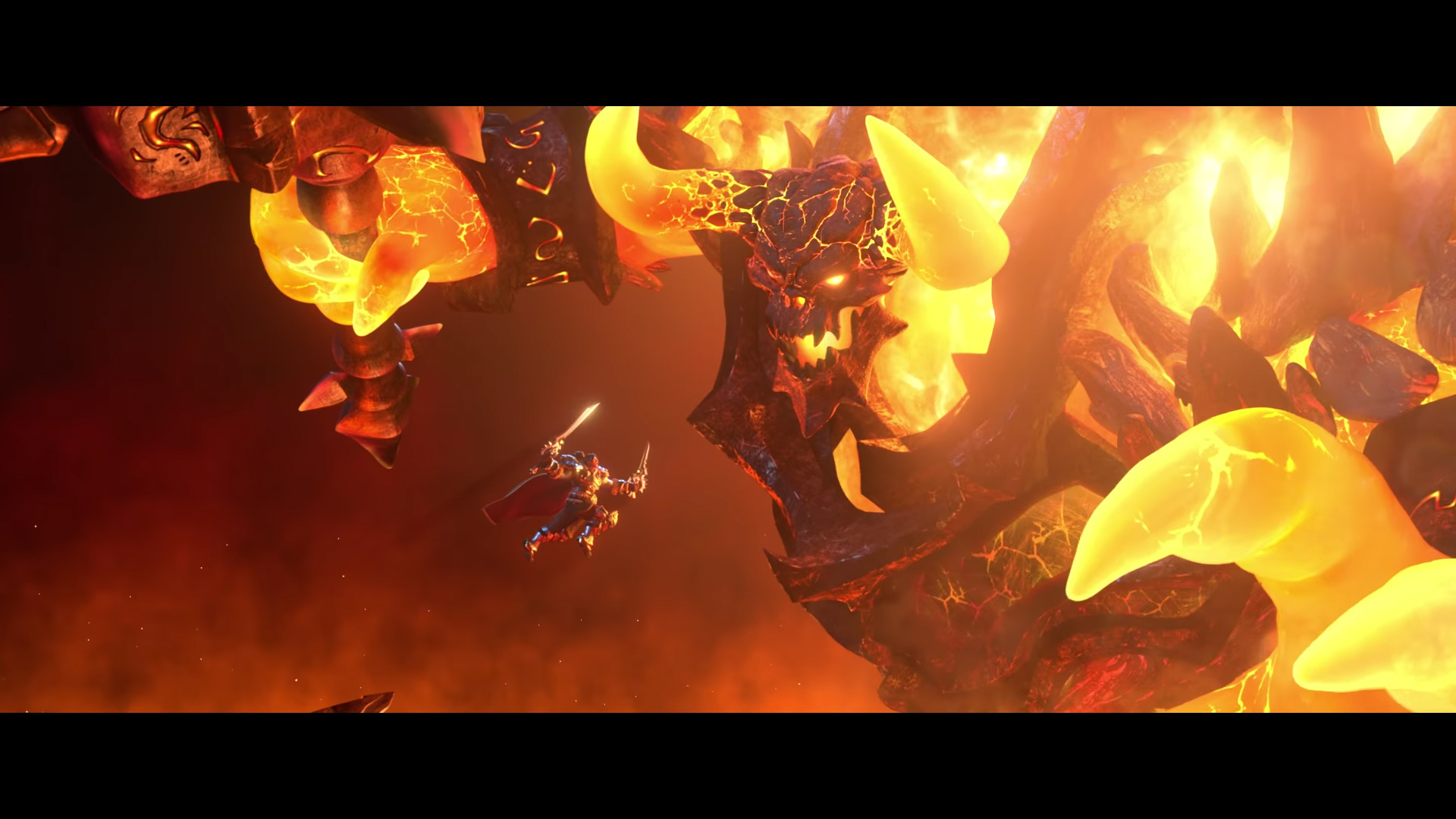 Ending the year on high note

Blizzard has brought not one, but two new Heroes of the Storm characters to BlizzCon 2016. In the coming weeks, World of Warcraft‘s Varian Wrynn and Ragnaros will enter the Nexus, but for now, here’s a fiery clash to warm us up.

Varian is a multi-class hero who can be played in “six very different ways,” according to Blizzard. Based on how you spec his talents, you might decide to roll as a “shield-bearing warrior” or a “life-ending assassin,” for example. I’m hoping for more distinctive styles than someone like Kharazim, but we’ll find out soon enough. He’s releasing the week of November 15 and will be playable on the PTR beforehand.

Then, in December, it’s Ragnaros’ turn. The big boss can fling meteors and clear lanes with lava as a melee assassin. Most notably, using his Molten Core trait, he can take over a fort or a keep (whether it’s still standing or not!) to become “a towering inferno over the structure and gaining a second set of abilities that will help you engulf assailants in the fires of doom.” Yes, that does sound like fun.

There are plenty more skins and other cosmetics coming up, too, so stockpile that gold. As an extra incentive to play and get a friend to join you, there will be rewards up for grabs in the game’s upcoming “Nexus Challenge,” including a sweet-as-hell Genji skin for use in Overwatch.

The Nexus Challenge runs from November 15 to January 4. For the rewards, Co-op vs. AI, Quick Match, Unranked Draft, and Ranked modes count toward your total.

At 15 games completed, you’ll get the Oni Genji skin, portrait, and spray in Overwatch, and Zarya and the Oni Genji portrait in Heroes of the Storm. At 30 games, you’ll earn Auriel, Greymane, Kerrigan, Li-Ming, the Orochi Hovercycle mount, and a 30-day Stimpack for Heroes. That’s a hell of a start!

New Heroes and More Announced at BlizzCon 2016 [Blizzard]
Team Up to Conquer the Nexus Challenge! [Blizzard]