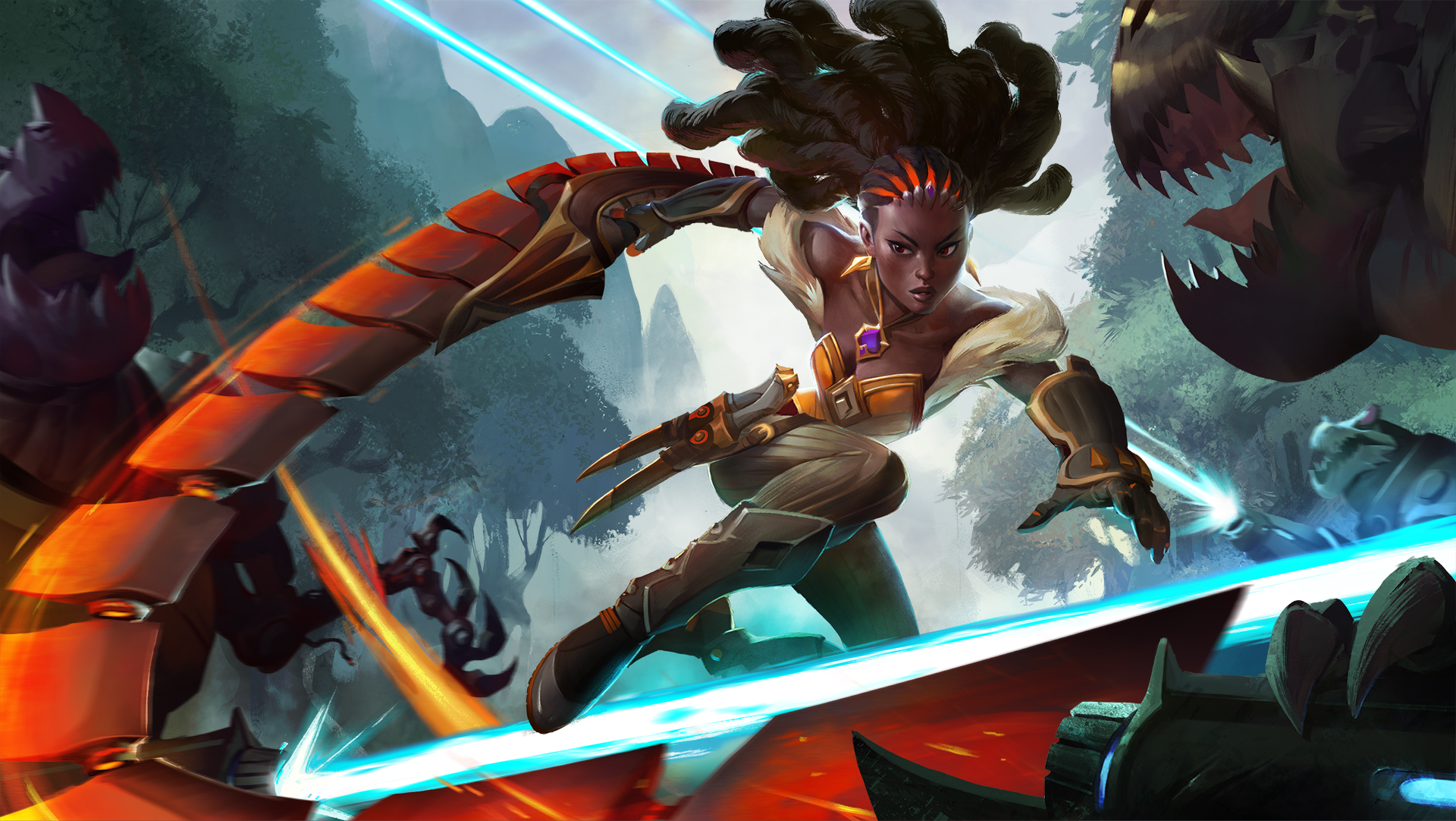 Heroes of the Storm isn’t being updated as frequently as it once was. Blizzard has “winded down” the production of HotS, cutting its main eSports league and shuffled various key members of the team over to other projects. But that doesn’t mean it’s gone. I still frequently play Heroes, and the current team is doing a decent job keeping the hope alive.

Like this upcoming update that involves ranked play changes and a new character: the details of which Blizzard has shared with Destructoid. 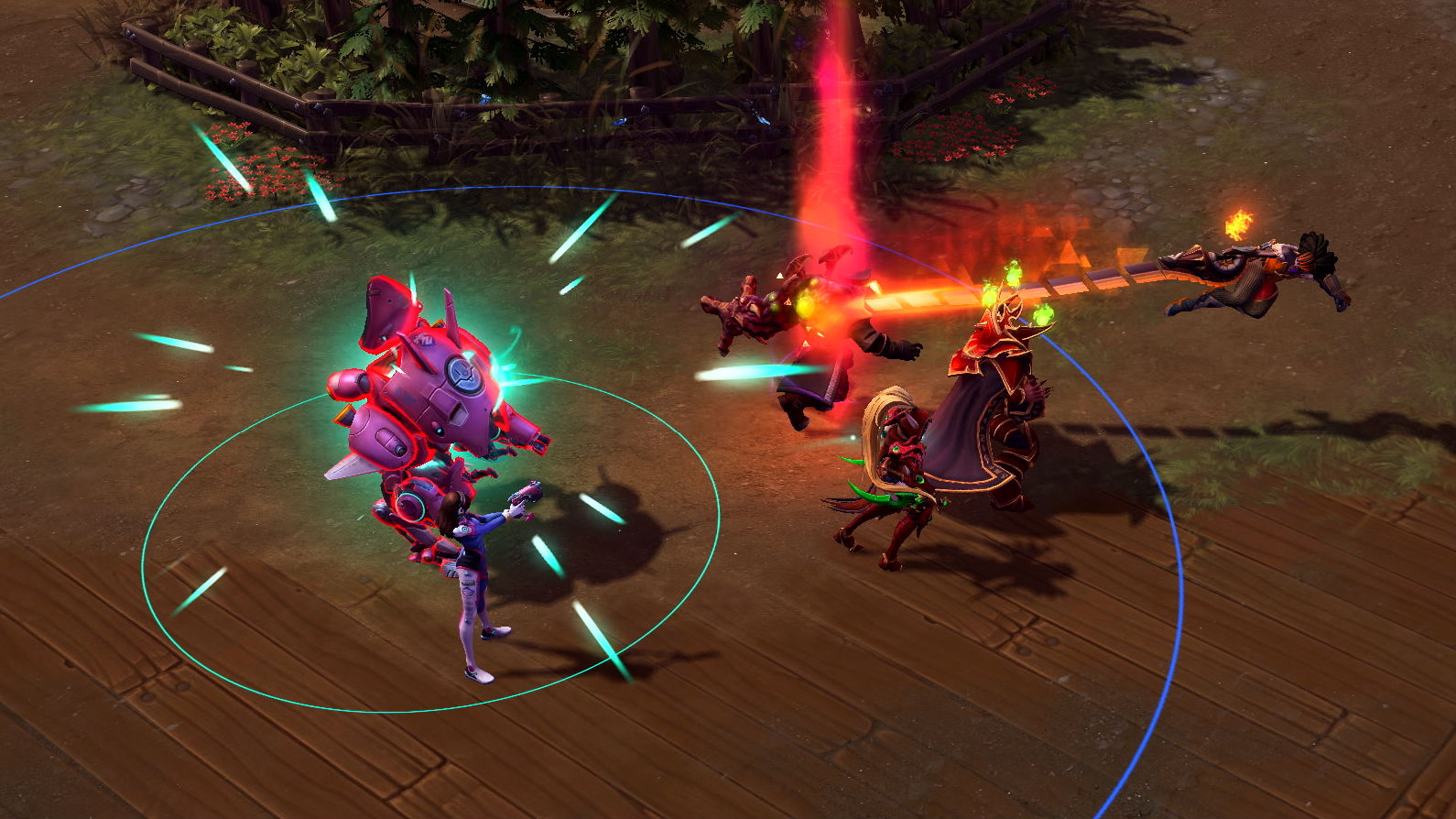 From now on, ranked points are connected to a player’s MMR. Placement matches no longer consist of a dreadful 10 game requirement, but three. There are no more demoralizing demotion games (nor are there promotion games), to encourage players to keep playing instead of freezing their account the moment they are in risk of being demoted to another rank. Team Leaders (those who choose bans) are now based on rank/MMR, and ranked decay (the rate at which you lose rank if you stop playing) is changing (only Diamond 5 or higher are eligible for decay). These ranked alterations will arrive on August 6.

Will they be well received by the community? Well, on paper they seem fine, and should reignite interest at lower ranks [MMR]. However, as everyone who plays Heroes knows Blizzard has had a heck of a time implementing a ranked system that sticks, so this is a big “we’ll see” for now.

Also, there’s a new character in town! Following Orphea, Qhira will be the second original hero (read: not from Warcraft, Diablo, and so on) to enter the fray as part of the Nexus universe. She hails from “Iresia,” one of the Nexus’ most advanced civilizations that fell into war. Qhira is a melee assassin bounty hunter that’s described as having great initiation and disengage potential.

Her Q pops off a SoulCalibur-esque sword whip, her W, blood rage, allows for passive bleeding (five stacks over four seconds) and active healing based on the amount of bleed stacks, and her E attaches your sword to an enemy for a stun, then allows Qhira to “avoid basic attacks and b ecome immune to all effects, rotating around the target for 2.75 seconds, dealing damage to any enemies between you and the target. You can re-activate it to go to the target’s location for knockback and another stun: the cooldown on that whopper is 16 seconds. She also has a trait, the grappling look, that can pull her up to terrain. If an enemy is hit by contact they deal damage and Qhira gets launched into them (25 second cooldown).

This is pretty wild and her weapon sounds like it’ll make a splash all on its own. She’s live today in the PTR (public test realm) and you can check out her talent list below.

Carnage (Q)
Unleash your sword in a targeted direction, continuously dealing 31 damage to enemies caught in its path.

Active: Qhira deals 33 damage and heals for 88 health per enemy Hero affected.
Damage and healing is increased by 50% per each additional stack on that Hero.

Qhira fires a Grappling Hook that pulls her to any terrain it contacts. If an enemy Hero is
hit, they take 36 damage and Qhira launches at them, dealing an additional 112 damage
on impact. Can be used while Revolving Sweep is active.

1 – Maximum Effort [Q] If Carnage damages the same enemy Hero 3 times, it deals an
additional 112 damage and slows them by 20% for 2 seconds.

Evade the next 4 Basic Attacks within 12 seconds.

While Qhira is attached to an enemy Hero, they are Slowed by 25%. Secondary enemies hit by Revolving Sweep’s swing are Slowed by 35% for 3 seconds.

4 – Your Pain, My Gain [Passive] Basic Attacking an enemy Hero grants Qhira 10 Armor for 3 seconds (stacking up to 3 times).

Anytime Carnage damages an enemy Hero, Qhira’s next Basic Attack within 4 seconds deals 12% additional damage and restores 50% of the total damage dealt as Health. Damage stacks up to 10 times.

7 – Healmonger [W] If Blood Rage damages an enemy Hero below 50% Health, it Heals for an additional 213 Health.

After 1 second, strike your sword in a line to deal 432 damage to all enemies in its path. This damage is increased by 25% to any enemy below 50% Health.

Basic Attacking an enemy Hero increases your Basic Attack damage against them by 25% for 4 seconds (stacking up to 4 times). This bonus is reset if a different Hero is attacked.

Increase the Stun duration of Revolving Sweep’s reactivation by .25 seconds. Other nearby enemy Heroes are also Stunned.

Enemy Heroes hit by Revolving Sweep’s initial impact or swing have their Armor reduced by 15 for 3 seconds.

The initial cast of Unrelenting Strikes Silences all nearby enemy Heroes for 2 seconds. All damage against enemy Heroes with this ability reduces its cooldown by 3 seconds.

Damage to enemy Heroes below 50% Health is increased from 25% to 50%. If an enemy Hero dies within 1.5 seconds of being hit with Final Strike, reset it and all other Basic Ability cooldowns.

Hitting an enemy Hero with Revolving Sweep resets your Grappling Hook cooldown and it recharges 900% faster after you have been out of combat for 5 seconds.

Nearby enemy Heroes below 50% Health are revealed. Qhira gains 20% Movement Speed while an enemy is revealed this way and deals 20% more damage to them.