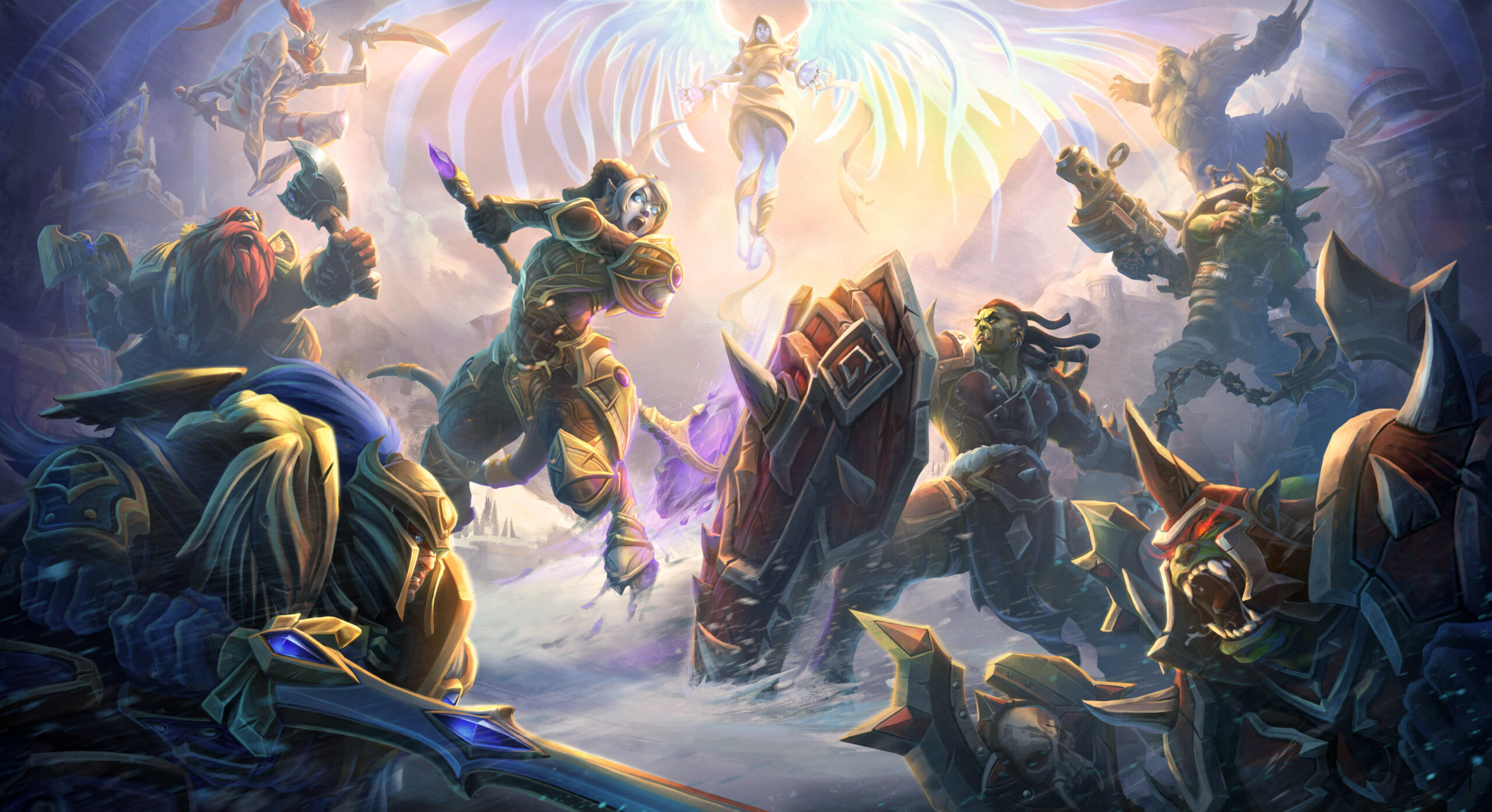 For the past several years fans have been clamoring for a Draenei character in Heroes of the Storm. To date it’s one of the only major races from any of the represented games that hasn’t been part of the Nexus universe — that’s finally changing very soon.

And what better way to ring in a major facet of Warcraft‘s lore than with a Warcraft event? I had the chance to speak to several key members of the Heroes of the Storm team and get the lowdown on one of the game’s biggest content updates of 2018. 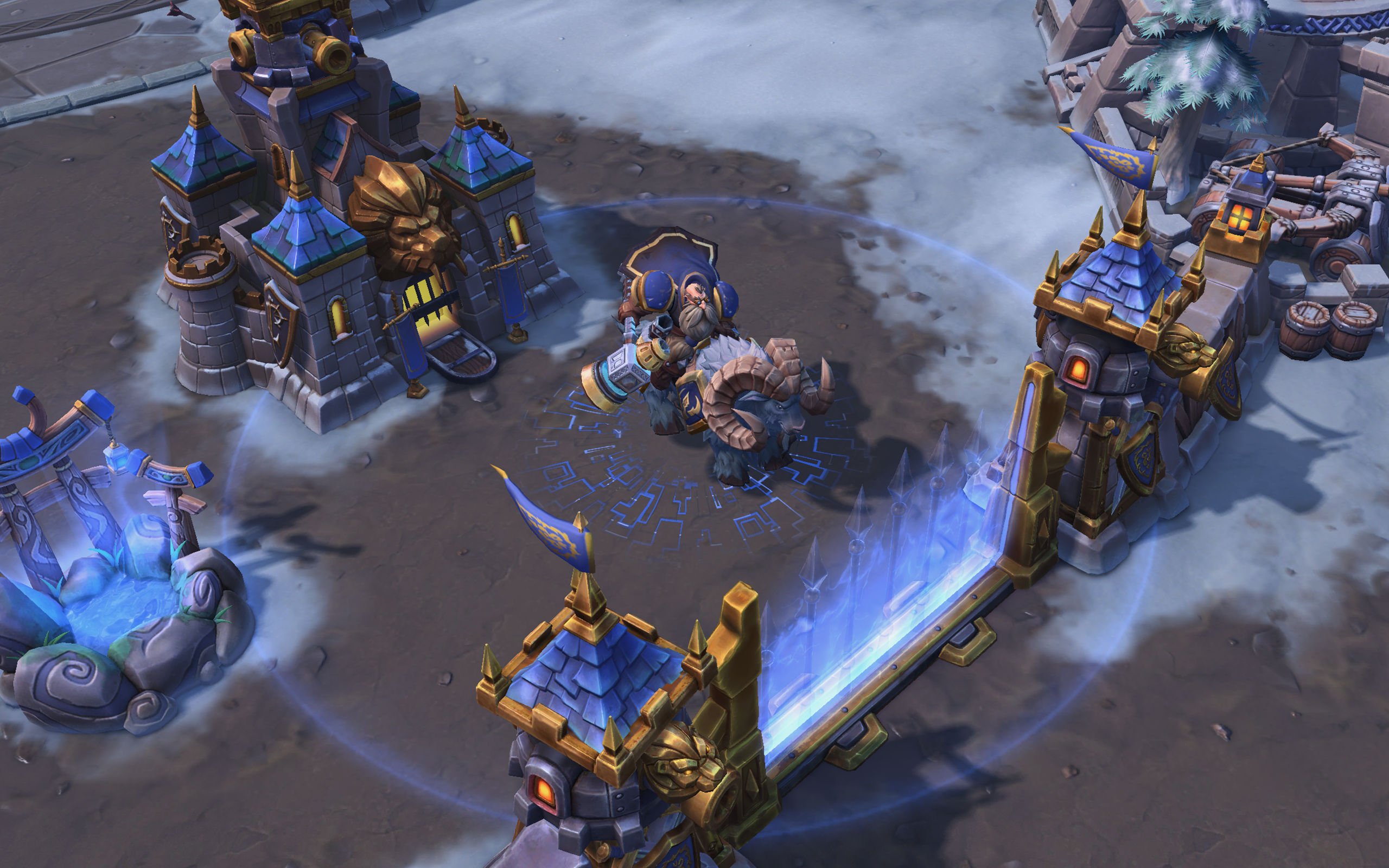 First up, Alterac Pass, based on the Alterac Valley PVP map from World of Warcraft, is coming. It’s a three-lane battleground that focuses on freeing “cavalry” from a cage and features the “iconic” generals from its namesake. Blizzard production director Kaeo Milker explains that you’ll be attacking and defending constantly, and after winning the event the winning side will spawn three cavalry units similar to the spiders from the Tomb of the Spider Queen — except in this case they buff heroes and aren’t super effective on their own, so you need to support them.

Cores are also changing for the first time. As I previously mentioned the generals are going to be a thing, operating as the cores, and destroying keeps will spawn “tanky melee Reavers,” who will actually tank the general core. Destroying more keeps grant 20 extra armor for the generals, and there’s two bosses on the map, just like Cursed Hollow or Warhead Junction (Mountain Giants, which are similar to the existing Grave Golems, just with a different skin). In all it has a lot of fresh concepts for a MOBA map.

The map is augmented by a new hero — Yrel the Draenei Paladin (Warrior). Yrel excels at crowd control, sustain, and tanking, but according to Blizzard will struggle when squaring off against mobile enemies. She’s described as a “charge character,” as nearly all of her powers can be charged up for more damage — a small circular indicator will highlight power levels clearly on the battleground and she can be stunned out of the charge, giving her a clear counter right out of the gate. 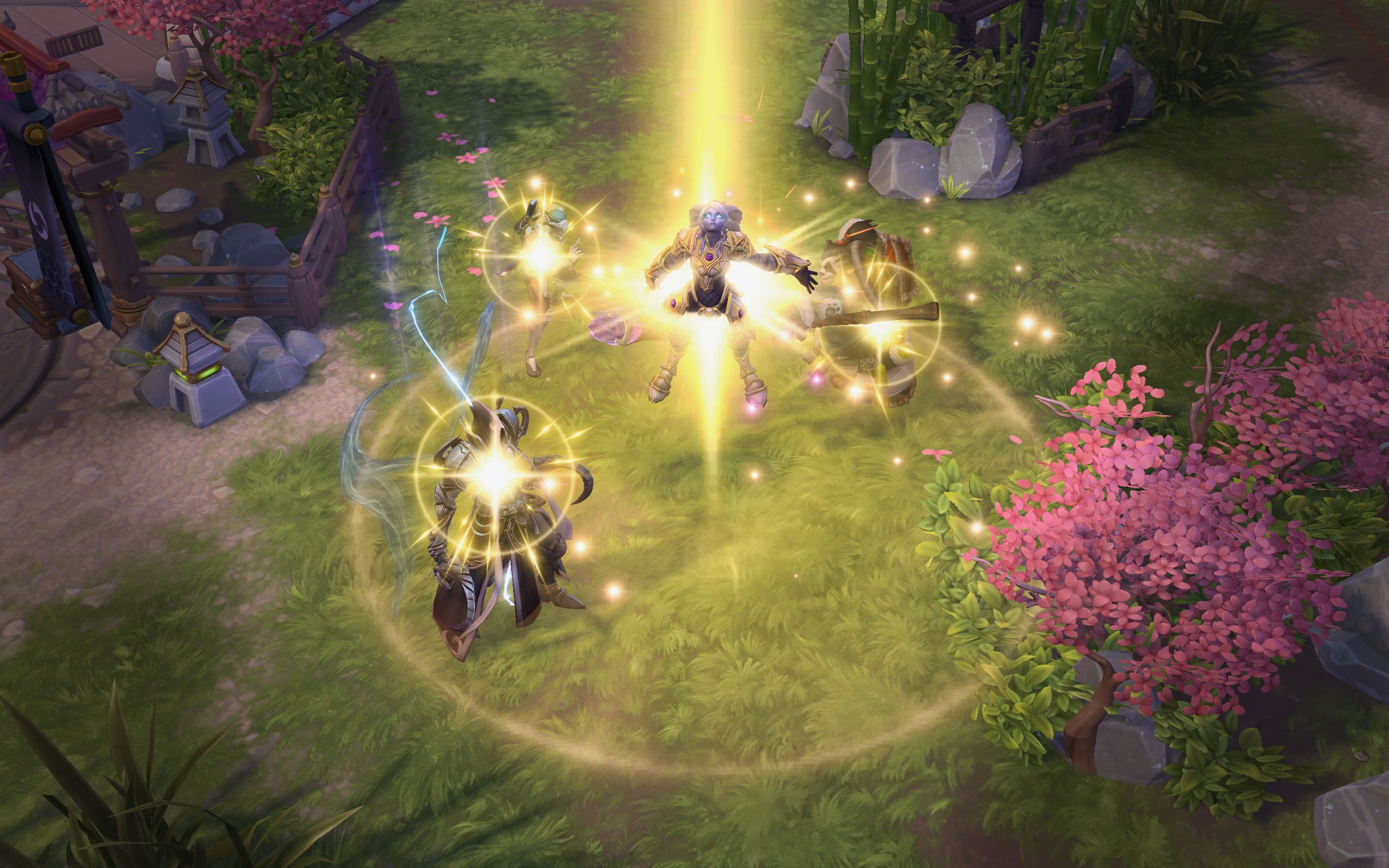 Her Q heals herself and damages enemies, W knocks back and deals damage in front of her, and E leaps to a target. Her first heroic, Ardent Defender, is a giant temporary shield (it absorbs all damage and heals 50% over three seconds, a hefty length), and Sacred Ground grants her 40 armor in an area. The fact that she can pick a bubble hearth talent at level 20 (after a second she turns invulnerable and hearths, an ability that cannot be stunned/countered), a classic WoW Paladin troll move, is just kissy fingers good.

All of this will be tied together with an event called “Echoes of Alterac,” which pits the Alliance faction against the Horde. Just like Nexomania players will have to choose one while logging in, and will be given a branching questline (play four games as a Warcraft hero, get 50 takedowns in winning games, play six games with friends, win eight games as a Warcraft hero). In addition to a Warcraft hero loot chest you can earn portraits and banners — the final rewards are mounts (a ram and a wolf for Alliance and Horde respectively). New skins for Auriel, Muradin, Varian, Junkrat, Garrosh, Johanna, Rhaegar, and Valeera are confirmed, as well as modified quest reward mounts (more rams and wolves).

Given how well Nexomania turned out (I was glued to the quest line for two straight days) I’m hopeful for Echoes of Alterac. You can find Yrel’s full talent list below.