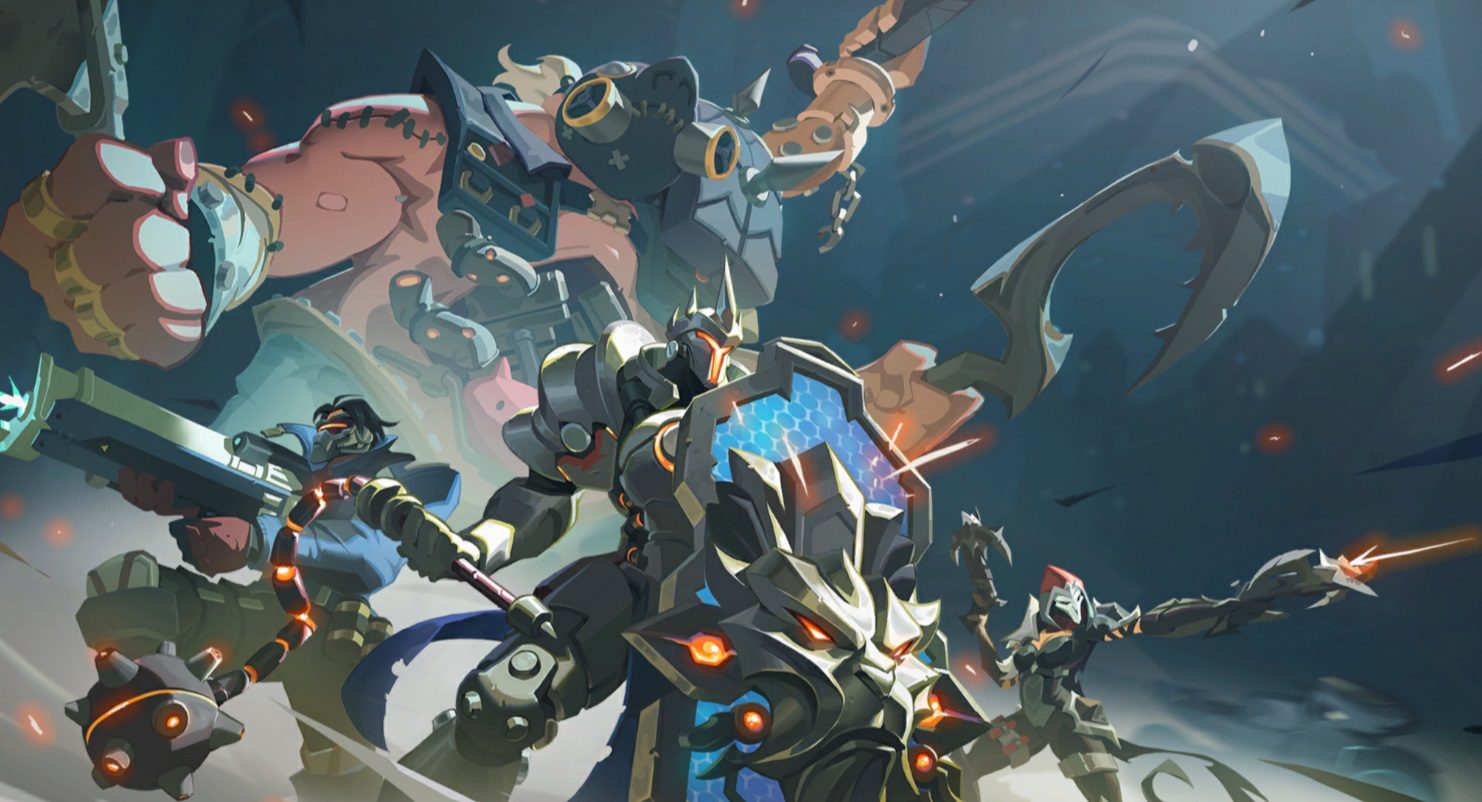 Check it out in the PTR

[Update: A user datamined the Overwatch skins via the PTR. You can check them out below!]

Earlier this year we got a very vague and possibly accidental tease for an upcoming Heroes of the Storm event in the form of Overwatch skins: but have been stuck in an eternal winter for some time now. I’ll explain.

So Heroes has been in a bit of a transitional period. Adam “AZ” Jackson, the lead designer for the game, moved to the Diablo IV team in January. AZ was a huge boon for the community, having been a competitive player himself, and a common source for communication, as a lifeline to the development team. After he left a lot of that communication stopped: until it started back up again recently on Reddit this past week.

Heroes itself also hasn’t been updated in long while. It hosted minor balance patches in January and March, but has ostensibly been running on the “winter event” patch from December, complete with out of place Christmas-nearly-in-July loot boxes. It was awkward, and for months fans lamented the fact that the game wasn’t being updated regularly. That changes as of this week.

The new PTR patch notes are up, and highlight five hero reworks (Anduin, Johanna, Raynor, Stiches, Valla) amid other balance changes and bug fixes. Folks also uncovered a new Overwatch loading screen, which no doubt will usher in those skins you see in the header that I mentioned earlier. It’s all coming together!

While the PTR patch isn’t gigantic (it’s more balance than content), it’s something, and teases a new event; possibly the arrival of another hero. The last one was Hogger over five months ago, so we’re due for another at some point.

Again, it’s vague, but given that Heroes of the Storm still stands on its own as a formidable MOBA even with a lack of regular content cadence, it’s good news. It’s great to see this game still alive.