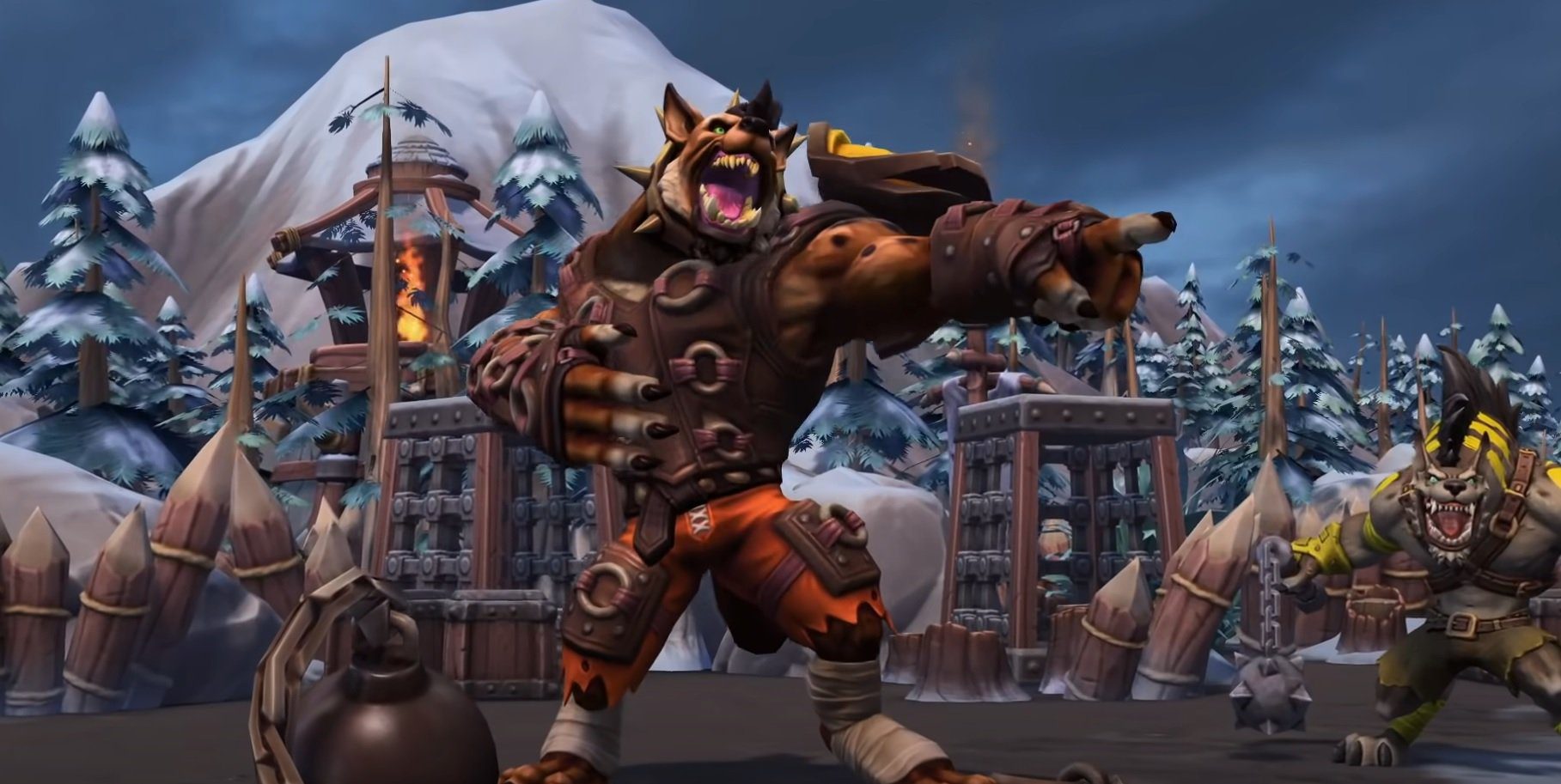 ‘Hogger was a long-time resident of our future heroes list’

Part Tasmanian Devil, part Crash Bandicoot, all World of Warcraft boss: Hogger is now a part of Heroes of the Storm as a playable character. Who would have thought!

We just had to pick the brain of David Warner, senior game designer, to see how this weird and wild choice came to be.

So what led to the creation of Hogger? Well, Warner explains it best in his own words: “I believe it all started when were deciding what to do for our 2020 BlizzCon Hero. Last year we tackled a more serious villain with the release of Deathwing; this year we thought some levity was in order. Hogger was a long-time resident of our ‘future heroes’ list and we thought a goofy villain would be a perfect fit for this special release slot. We didn’t explicitly set out to make him a Bruiser at the beginning, but once his kit solidified a bit, it seemed the obvious role to put him in.”

Having played him in the PTR (public test realm), I can safely say he does fit that bruiser mold: though I do think at one point he could have been a warrior, so that makes a whole lot of sense. But the most out-there part of Hogger’s kit has to be his “E” ability, appropriately named “Hogg Wild.” In short, he spins around like the two cartoon namesakes I mentioned above, and bounces around like he was in a pinball machine. It’s amazing.

Warner talked to us about some of the trickier aspects of getting this whole thing working, noting: “We borrowed a lot of the tech used for other terrain collision mechanics like Hanzo’s Scatter Arrows, but we had to do a good bit of engineering to make it work in this new context. Once we got the ability working properly, we spent a lot of time fiddling with nearly every value possible — distance, speed, acceleration, damage frequency — until it felt right. The fact that it makes Hogger unstoppable was a big point of contention among the design team, so we tested different degrees of unstoppability, but ultimately settled on its current version.”

It wasn’t always like that though, as there were multiple stages to get to the point where it is now. Warner explains, “Early on in its design, Hogg Wild was a lot faster and didn’t have any duration or distance limits, so you could literally spend the entire match bouncing around randomly. We briefly experimented with being able to drop Ez-Thro Dynamite (W) during Hogg Wild, but we thought the core mechanic was already complex enough. Displaying your bounce path was also a bit of a hurdle for us; it was very easy to clutter up the battlefield with directional splats, especially in tight corridors. After a number of iterations, we ultimately settled on the brief directional arrows you see today.”

Okay so his kit is sound, but another Warcraft character? A lot of you have had your fill (we need a few more, personally). Warner hears that concern, explaining, “We definitely hear and understand these concerns! Variety is only one factor that goes into deciding which Heroes we’re going to bring the Nexus. It’s a long and complicated affair that involves more than just the buy-in of the design team. Without spoiling too much though, we think these players will be satisfied with our upcoming releases.” Ah, I see your tease of non-Warcraft heroes.

One more thing I had to know: was Hogger’s launch timed to the arrival of the World of Warcraft: Shadowlands expansion? “Nope, just a happy coincidence,” Warner says. As for whether or not near-future heroes be this goofy, Warner states: “We’ve got a good variety of Hero flavors coming up, but I think the Nexus is all goofed out for a little bit.”