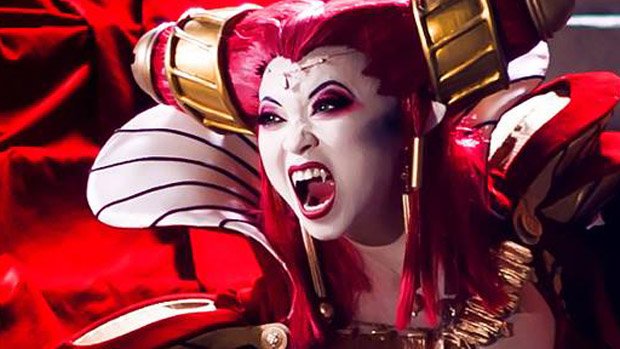 Premiering tonight on SyFy is a new reality show based around the ever growing world of cosplay titled Heroes of Cosplay. The show will delve into the lives of nine cosplayers, of varying levels, as they go through the day-to-day hecticness surrounded with making the perfect costume for conventions and their competitions.

Having a girlfriend who is heavily into the scene, I can attest there are many stressful times around finding the perfect material to craft a costume that does a character justice. Don’t even get me started on the added pressure of when something goes awry, like a sewing machine breaking. For most, cosplaying is a hobby and real-world responsibilities like jobs, school, and family don’t always leave enough time in the day to execute the perfect design.

As for Heroes of Cosplay, I really hope it stays away from the tropes of reality television and instead focuses on all the passion and creativity that goes into the craft. There are so many talented people that truly make living works of art — it would be a complete disservice to the scene if it instead focused on petty drama just for ratings.

You can catch Heroes of Cosplay tonight at 10:30/9:30 central on the SyFy channel.