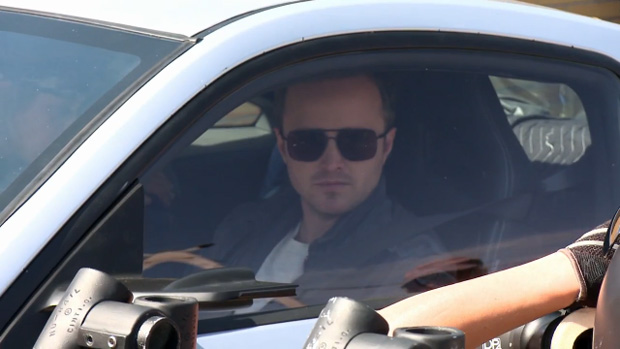 I feel the need…

We learned last year that Electronic Arts had teamed up with DreamWorks for a movie based on the Need for Speed franchise. The film’s star, Aaron Paul, best known for his role as Jesse Pinkman in Breaking Bad, introduced special production footage during the E3 press conference earlier today. You can catch that video above, which showcases the custom Ford Mustang that will also appear in Need for Speed Rivals.

It was previously announced that Michael Keaton will be in the film in some capacity, in case you like your racing films with a little Beetlejuice peppered in there. Need for Speed will hit theaters on March 14, 2014.