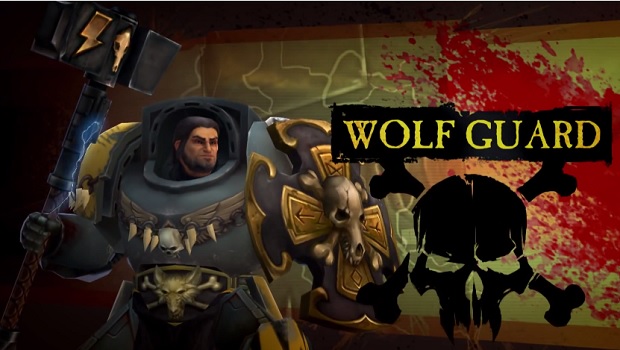 For the Emperor! And Cards.

After THQ’s dissolution, the Warhammer 40K license was scattered to the winds. We’ve ended up with an apparently disappointing Space Hulk remake and this upcoming Space Wolf game. What’s interesting is that this game is going to be a turn-based combat game with a card collecting side too. The fact that it’s featuring my favourite Space Marine legion is a definite plus; Space Wolves are like regular Warhammer 40K Space Marines mixed in with a dash of vikings. A winning combination if ever there was one.

Whilst the combat in the trailer doesn’t look the most scintillating thing I’ve ever seen, the idea of a deck-building Warhammer 40K game is appealing. I’ve been getting into card games recently and the only thing that’s stopped me playing more is the lack of a regular human opponent. A version of the game I can put on my phone sounds pretty appealing too but I’ll have to wait until Q2 2012 when Space Wolf is due for release.