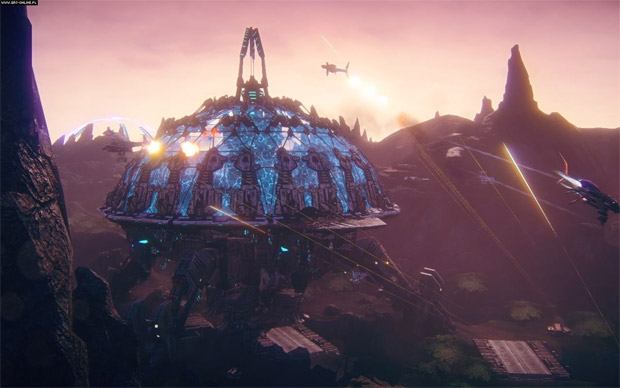 While the PlayStation 4 version of PlanetSide 2 will be visually similar to its currently-available PC counterpart, the way post-release updates are going to roll out on the platform means the player base will be divided. Creative director Matt Higby explained the unfortunate but understandable situation Sony Online Entertainment is in to Eurogamer:

“Because of the update cadence, and the additional steps you have to go through to be able to release an update on the PlayStation Network, we’re not going to be able to keep our servers in sync, so you won’t be able to just play with the same people,” he said. “They might be a week behind in terms of patching, or a day behind or whatever it ends up being, and we can’t really have that.”

It’s not a total loss, though. The team is looking into character portability which would mean that as “a PC character, you could transfer it to PlayStation 4, and then back. The character format’s the same on both, it’s just purely a matter of the server updates.” That would be greatly appreciated given the time-sink nature of these free-to-play games.