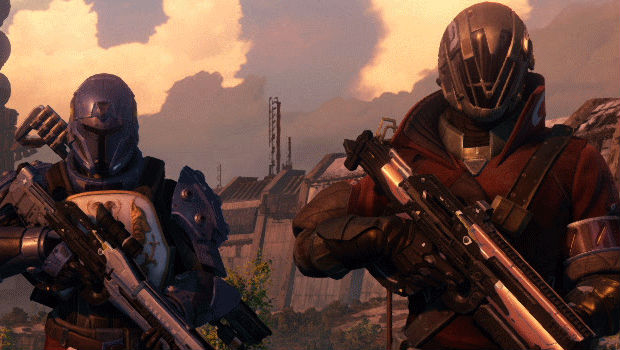 One adventure in Destiny

It’s really tough to get out there and meet people, whether it’s online or in the real world. I remember that feeling as an introvert, always being nervous as to whether or not someone would be silently judging me basically at all times, even if it was just my voice over a microphone.

I came across an unassuming reddit post yesterday in the /fireteams section — a breakoff of the Destiny subreddit, aimed at getting people together in lieu of matchmaking. Usually people will post “LFG” (looking for group) requests for high-end content, aiming to get it done, get out, and go on their way.

But this one particular post ended up leading to a pretty awesome afternoon, and it’s a small way of showing off how great gaming can be.

The gametype was Nightfall, which is probably the toughest challenge in Destiny — even tougher than the raid, depending on the scenario. It’s the type of mode where you definitely need a mic and full coordination, because if every player is dead at once, the entire mission wipes and you restart from the very beginning — no checkpoints. It can get really frustrating and lead to the breakup of formed groups.

My Warlock is hovering at level 29 at the moment, so I decided to work on my 28 Titan and get him geared up. That’s when I met [we’ll just call him] “Nyy” from Finland, who happened to be jumping on after a hard day at work. At first, communication was sporadic. Occasionally we’d spot each other when there was a sniper about and such and relay tactics to our third party member (who also didn’t speak often), but it wasn’t until the final boss that we started talking more.

Nyy started opening up after our win due to the excitement, noting that this was the first time he had ever posted in the reddit looking for people, and that he typically played by himself since all his friends quit the game. We started conversing about class loadouts, strategies, the best farming routes, and what types of games we grew up with.

I ended up playing with him for four hours. We taught each other tons of things we never would have figured out on our own, and he became cheery and talkative by the end of our session. He’s never raided before because he’s been so intimidated by it, so I’m leading a group on Tuesday to show him the ropes and explain all the fights.

This experience isn’t limited to Destiny — I’ve had it in many other games before, from both ends. I just thought it was definitely worth sharing, and a reason why I love gaming so much — it allows people with common interests to connect in ways that many other mediums can’t possibly fathom.