For silly reasons, you can only play the Resident Evil Village demo on certain days, and for a limited time. If you try to play outside of the strict windows, it won’t work. You’ll just see a countdown.

After a 30-minute village demo on April 17 and a 30-minute castle tour on April 24, Capcom is opening up the combined demo experience for everyone. You don’t need a PS4 or PS5 this time.

All of Village‘s platforms (PS4, PS5, Xbox One, Xbox Series X/S, Steam, and Stadia) are getting a “time-limited demo” on May 1 with up to 60 minutes of playtime, and it includes the village and castle. As Capcom has explained, you can spend your time exhaustively exploring one area or try both.

Here are the exact dates and times. This convoluted demo rollout is almost over! 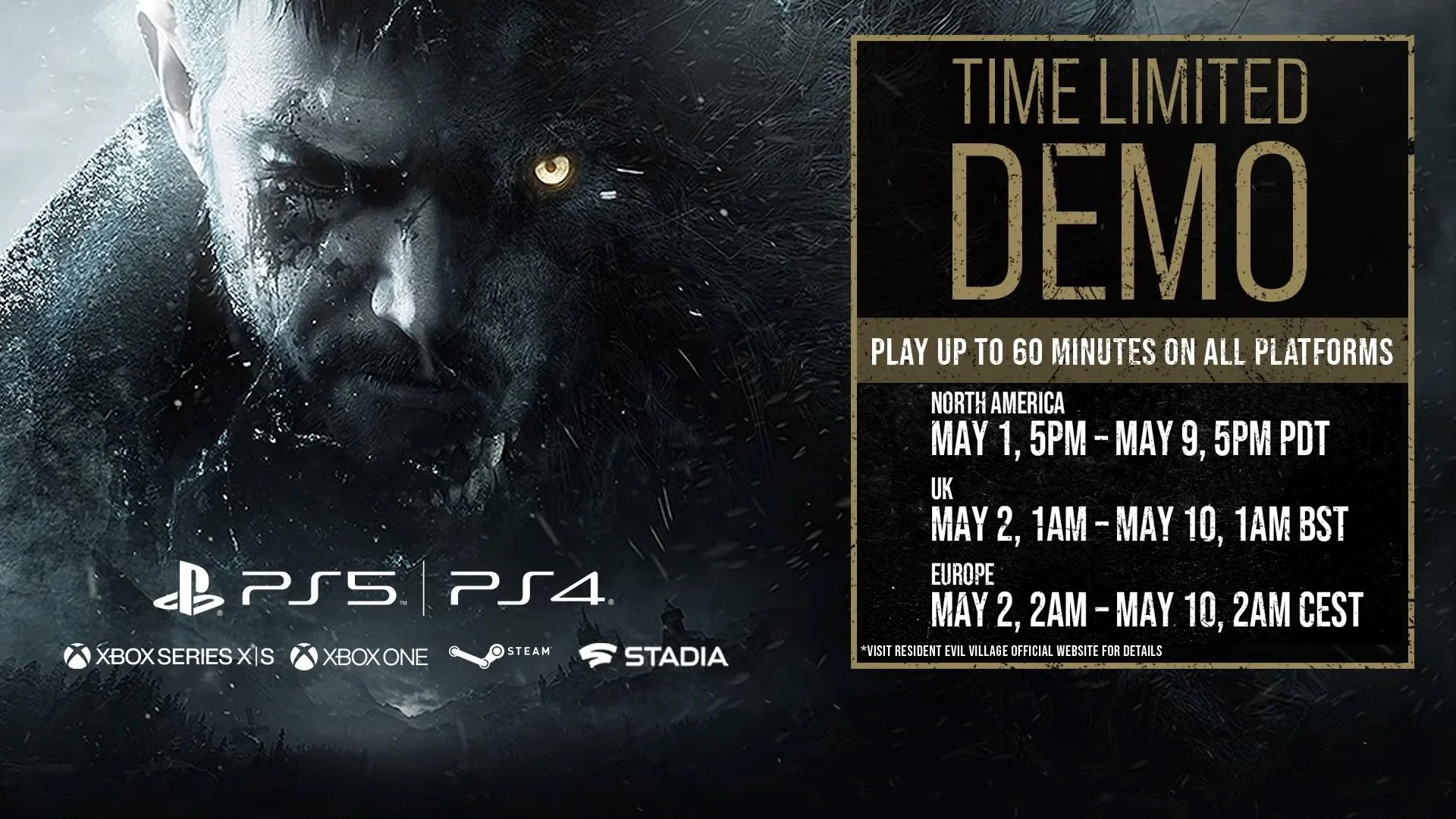 In other words, you have to show up at the right time — which is thankfully now a full week after fans complained — and you can’t dilly-dally. There are one-shot demos, and then there’s this.

As someone who played both demo experiences on PS5 during the “early access” weekend events, I would prioritize the castle area as it’s more combat-focused — get your fill. The village sequence is moody, but there are a lot of cutscenes, and the timer doesn’t stop counting down while you watch them. With that in mind, don’t be afraid to skip cutscenes and save them for the full game.

I’ll jump through these hoops for Village (a lot of us probably will!), but man. That’s too much.