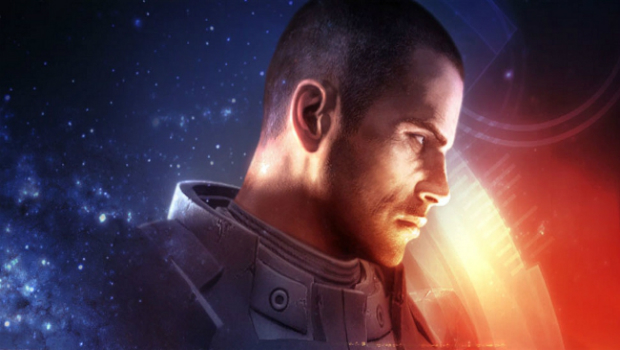 It goes without saying that the Mass Effect 3 has generated quite a bit of buzz around the net. Gamefront has written about it, Bioware has stated they’re going to talk about it, but most importantly — you, the community, weighed in on it, and the response was overwhelming.

Some of you have played the series since the beginning, nearly five years ago. Some of you are casual fans, and some of you weighed in on the situation as a non-fan. Whatever the case, I’ve gathered a number of comments below — so without further ado, this is what you thought of the ending to Mass Effect 3.

Of course, spoilers are going to be abound in the comments — continue reading or click at your own risk.

First off, I want to say that this Mass Effect 3 ending discussion has garnered some of the best responses I’ve ever seen in any video game related topic. Like any heated issue, there was some name calling, but for the most part I really enjoyed discussing the ending throughout various topics and blogs on Destructoid — so thanks for that.

So, onto the results! I should note that the majority of users seem to be at least slightly disappointed with the ending, and not just because of a solitary reason. You aren’t alone apparently, as 86% of CVG’s users also were unhappy, as were 90% of users on Bioware’s forums.

I’ll get to those people later, but first, a number of you were perfectly fine with the ending.

Vallanthaz and koehler83 started the discussion off with this:

I haven’t even played ME3, but I already love the ending simply based on the reaction it’s getting.

The salty, salty tears are hilarious.

The appropriately named Josh Shepard also was completely fine with the ending:

I loved it. It was haunting and it completed the universe in a way that most games wouldn’t even dare to attempt. This is a triple A series with 5 years worth of games attached, and they literally blew it all up.

If I had one complaint it’s that I’d have liked more of an ending cinematic. It just seemed short to me.

Tristrix not only weighed in on the ending, but also talked a bit about the behavior of the fans:

I was fine with the ending. Won’t say I liked it, as it wasn’t really very good, but it was serviceable. Certainly nothing to freak out over.

I’m fine with others hating it. To each his/her own. I don’t think all the criticisms are valid, but some might be.

I’m not fine with petitions to have someone else’s work changed. I find that to be in very poor taste.

I’m VERY VERY not fine with those that would flaunt a charitable contribution in an effort to deflect criticism as SOME (not all) have done.

Faux Furry hasn’t played the game yet, but thinks that this kind of discussion is always a good thing (I agree):

Even without playing the game or watching any videos of the ending on some site or other, I think that it is great on account of the fact that it has so many people talking about something other than on-disc DLC or skimpy costumes on anything other than the manliest of manly men.

The ending was perfect. Anybody who disagrees needs to read more older Sci-Fi and realize what kind of story we’re REALLY dealing with. This isn’t Star Wars, it’s Ender’s Game. It’s an Asamov work. You want closure? Good. If you’ve been left wanting, they did their job.

In an elaborate comment that I can’t fit here (so I’ll link his comment profile and abridge the quote), MRR explains that Bioware did their job:

Many seem to be complaining that player choice doesn’t contribute significantly to the ending, presumably hoping for some sort of ending that “ties up loose ends” and gives you answers to all the little questions you’ve built up over the series. What I think a lot of people don’t seem to realize is that Mass Effect 3 – the whole game – WAS that sort of ending.

You get the end of the Krogan genophage (or the inevitable extinction of their species, depending on your choices). You get options for the destruction of the Geth, peace between the Geth and the Quarrians, and others depending on your choices. You get to encounter most of the characters from the series and see an epilogue-style conclusion to their story, and there’s a lot in there that depends on your choices. Mass Effect 3 – the whole game – was an “ending” in that sense. It ended the series, and it tied up all those loose ends ALONG THE WAY.

Handy thinks that no matter what, you can’t please everyone:

Also, as a side note, no matter how good the ending was the vocal Bioware fans would have complained anyway, they are a miserable, unpleasable shower.

But that’s not to say everyone who doesn’t like it is wrong.

Others didn’t mind the ending, but weren’t excited from a gameplay standpoint, like Endyf:

I liked the endings. However, I really disliked how 99% of how the series concluded was based off one decision right at the end of the game.

Some users, such as PossibleCabbage, were lukewarm about the whole thing, but weren’t wholly disappointed:

All in all, I like it and I think it’s a fitting ending for the trilogy. That being said, the last couple hours of that game are intense and emotionally exhausting, and I would have appreciated a more cathartic ending. It should still be bittersweet, I’d just love a little more sweet to balance out the bitter.

But not everyone enjoyed the ending, or where even lukewarm about it — in fact, some people were incredibly disappointed, like Albert Le Vert, who felt like the last five years didn’t matter:

In my opinion, the ending is one of the worst I’ve ever seen, because it doesn’t deserve to be called one. There’s no conclusion whatsoever to all the story lines that were meticulously crafted during the course of the trilogy. The choices I made during the 150+ hours I played it do not matter the slightest.

Anyone who has played and invested hundreds of hours into this series over the past 5 years HAS to be absolutely enraged about the ending. Anyone with even the slightest interest in the characters has to be upset at the complete and utter lack of closure. And that’s just one point.

Let me recap. We’re upset because the ending completely throws the entire rest of the trilogy out of the window. No matter what decisions you’ve made over the past few games, everyone gets the same ending. No. Don’t even say it. There are NOT different endings. And as long as you have a high enough EMS, no matter how horribly you played 1 and 2, you can get the “best” ending.

Many of you were quick to point out plotholes and uncharacteristic narrative choices with the ending, like user mowmow:

To all the people the beat the game and saw the “1” ending. There is something I don’t understand. Why does Joker and my whole team bail on Shepard. Through thick and thin your whole team stuck with you until the end(Sovereign, Suicide Mission), But at the end of ME3 Joker was fast enough to pick up everyone and flee the system. How does Joker and my team bailing on Shepard make a good ending?

I love the ending just thought it was told incredibly poor.

Only problem I have with the ending is how abrupt it is and lacking in explanation of what happens to the characters you’ve grown to love in the past three games. The star child comes out, makes a huge reveal, you make a choice, your crew and Normandy is in a mass relay for no apparent reason, all the mass relays get destroyed, and get then stranded on a distant planet. End.

AncientPsychicTandemWarElephant really liked his Star Wars analogy on the whole issue at hand:

Oke picture this, Luke is on the death star. The only way to destroy the Empire is to destroy the death star. When the death star explodes Vader, the Emperor. and all storm troopers and Empire folks just flat out die. But, the entire solar system the Death star is located will be destroyed. So the entire rebel fleet will die including Han, Lea, Chewie etc who are on Endor. Luke decides to destroy the death star anyway. There’s a huge explosion, Luke dies along with everyone else. Then we get a 3 minute epilogue with Han, Lea, Chewie, C3p0 r2 etc. On a jungle planet stranded. They come out of the Millennium Falcon and are smiling looking towards the horizon. Turns out they were already fleeing the battle when the death star got destroyed. Somehow the falcon picked up the whole crew on Endor then proceeded to flee the battle to escape the solar destroying explosion only to finally strand on a unexplored jungle planet in the middle of no where. CUT TO CREDITS WITH FUNKY DAFT PUNK MUSIC.

snowraptor had a more cynical (but possible!) take on the whole issue:

Haven’t played the game but based on reactions it will be added in as DLC. That was probably the plan from the start, make an ending people were angry about so EA could justify shoving more needless DLC down our throats.

Another viewpoint to consider is the “Indoctrination Theory”. Some users think that like Lost, many fans have missed the point as to why the ending is the way it is, and why the tone starkly changes right after Shepard is hit by the laser during his final assault. Just like Lord of the Rings, Shepard has his “Frodo” moment right at the Crucible [Mount Doom] finale.

But, Kingdan97 isn’t buying it:

Okay, I found the ending absolutely horrid, I knew about the 3 choices beforehand, I knew just how Bioware left the Normandy and all of that, it was the goddamned Starchild bullshit that made me hate the ending with every fiber of my being. Even with that taken into consideration, that’s not why I am posting here, I’m posting here because after reading about 10 comments the only ones claiming it wasn’t horrible also stated that they were buying into the indoctrination theory.

If you need to add a modifier to why the ending was good, especially a modifier that at this point is completely a fan construction and even if it’s what Bioware planned changes nothing in regards to what you are left with, IT’S STILL A BAD ENDING.

RichardBlaine gets the last word (and yes, I did read all of them! <3):

I doubt you’ll read this far, but seriously, thanks for posting a more open-minded prompt on the front page…

…As for the ending, I pretty much agree with the general consensus. It felt rushed and anti-climactic. Your choices in the previous games didn’t seem to matter very much and you’re left with no indication of the consequences of your actions other than that life (in some form) continues. If the indoctrination theory is correct and Bioware puts out more DLC to expand upon the finale then I’d feel a bit better and a bit worse. On the one hand, I guess that’s a clever and gutsy move for a storyteller to mislead its audience that way.

Even though there were more people that were disappointed with the ending, I still tried to make this post as balanced as possible.

If you happened to miss the discussion, feel free to voice your thoughts and concerns below!