Next week will offer PC and console owners their first opportunity to jump in on People Can Fly’s new co-operative shooter, Outriders. In a lengthy thread on Twitter, the studio laid out all of the dates and details as it pertains to the demo – which the developer specifically notes is a demo and not a beta.

The demo will be available to all for free, you don’t need to opt-in nor pre-order Outriders, and will launch on PS4, PS5, PC, Xbox One, and Xbox Series X on February 25/26. PlayStation players will require a PlayStation Plus account. The demo will weigh in at roughly 22-24 GB and there are no plans for a pre-load period. Fortunately, the demo is not time-limited, and is expected to run up to and even beyond the official launch of Outriders, so don’t sweat it if you cannot get to it right away. 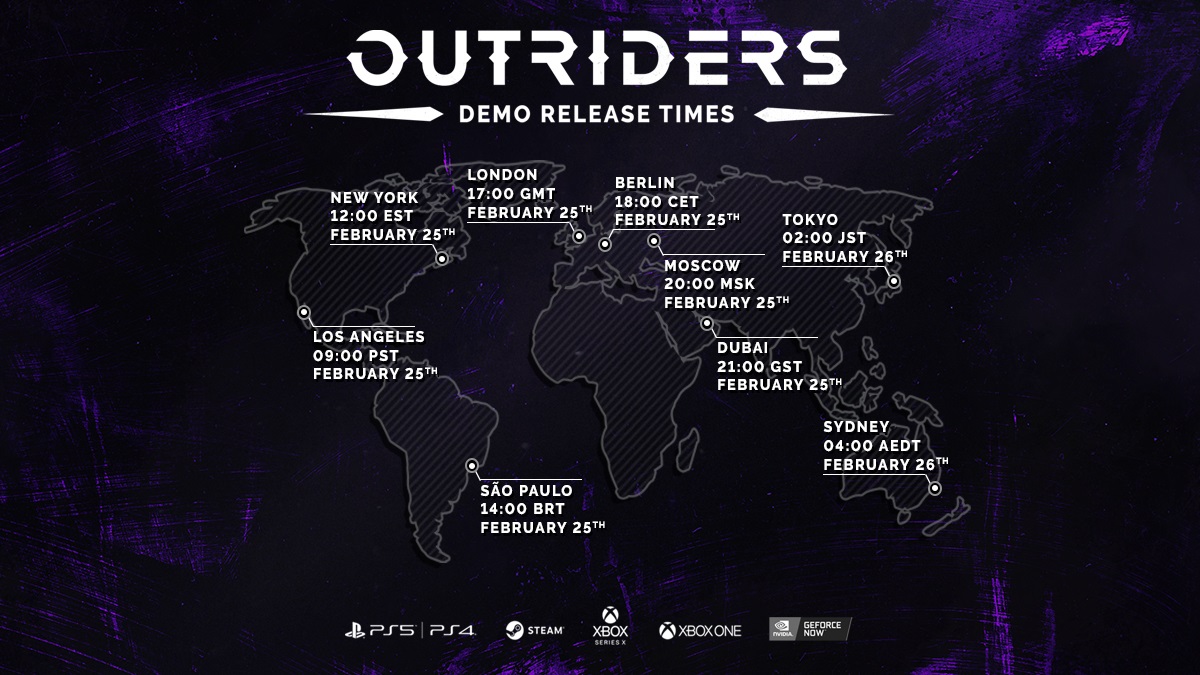 The demo itself will offer all four character classes and six character slots. Capping out player characters at Level 7, and allowing gameplay up until the World Tier 5 difficulty setting, the demo should give players ample opportunity to take each character for a test drive and experiment with the evolving gear system. Cross-play will be supported in a beta capacity, and will require manual activation from the options. A special Discord channel will be opened for those looking for pals or just wanting to chat about their findings.

Finally, streamers are free to play the demo online, but People Can Fly warns that the demo’s end credits feature licensed music. Anyone pulling the trigger (no pun intended) on a full purchase will find their account and progress will carry over into the main game. Outriders launches April 1 on PS4, PS5, PC, Xbox One, Xbox Series X, and Stadia.

Everything you need to know about the Outriders Demo.