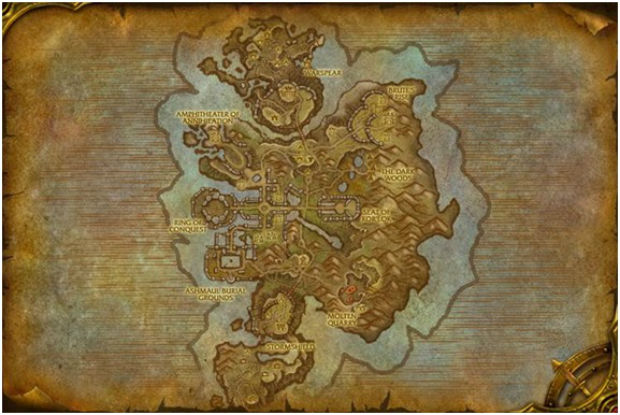 Ashran is at the heart of the expansion

In addition to raising the level cap and providing the typical amount of endgame raiding content, Blizzard is also addressing PVP in its upcoming Warlords of Draenor expansion for World of Warcraft. The crux of the content will be found in Ashran, an all-new world PVP zone with a few extras in tow.

“Artifacts” are a new type of currency, which can be earned in a multitude of ways, and affect the overall battle at hand, allowing you to employ new strategies in combat. Also, you won’t need to find a premade — all matchmaking will be handled automatically, and different realms will filter in to the same battle when needed.

The battleground is said to have an Alterac Valley feel (from vanilla), with lengthy battles alongside of third party NPCs that can aid each side. Random mobs will drop tomes which can be used to buff your troops and your abilities.

Finally, looting enemies will be possible, although not many specifics have been given as to what that entails other than the ability to steal enemy artifacts. Overall it’s looking like a pretty good way to keep the PVP crowd interested, and I hope the leveling process is just as interesting.