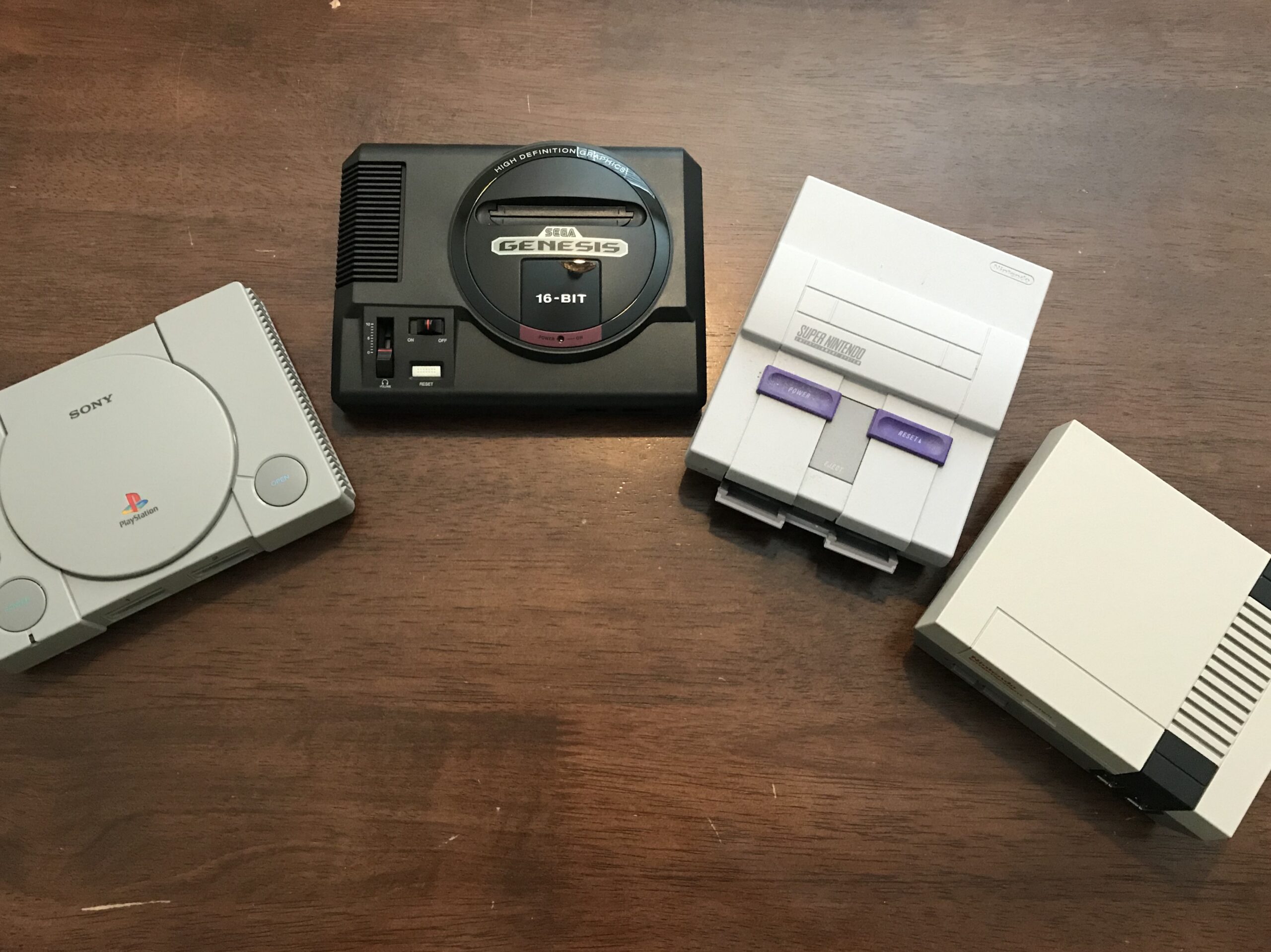 We got our hands on a Sega Genesis Mini early, and have the go-ahead to showcase its complete contents.

Naturally, the first thing I did before playing it is see how it compares to all the other minis so far. I have a little mini museum! 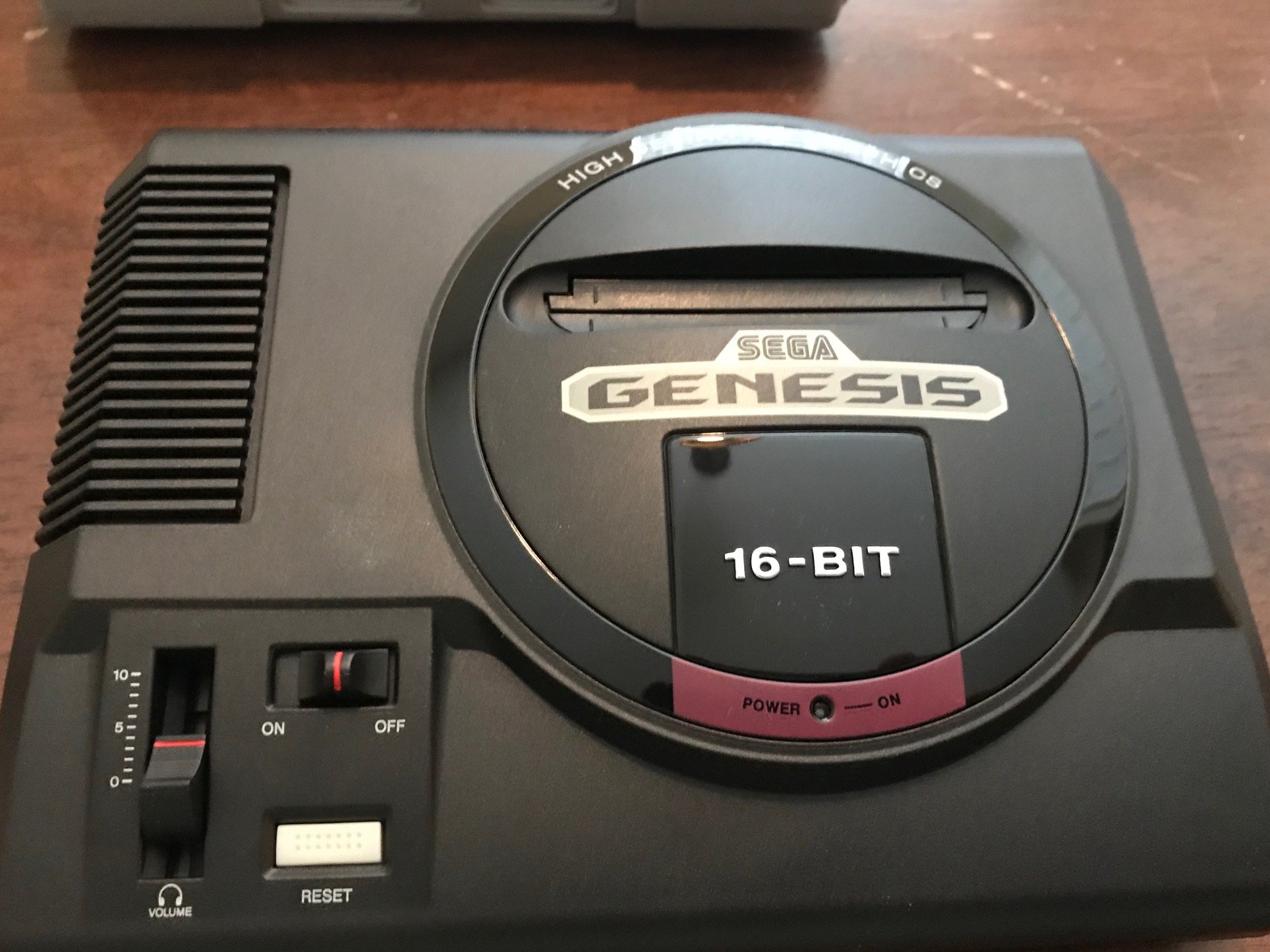 There isn’t much more to say about the actual unit: it’s a cute ‘lil micro-version of a beloved console. The Genesis Mini’s size is roughly half (55%) of the real Genesis: which puts it at 9.8 x 3.9 x 11.8 inches and 1.93 pounds. Like all minis, the unit is comfortable to hold and move around.

With the Genesis Mini package you get two controllers: sidestepping the initial cardinal sin of the NES Mini of just packing in one remote that thankfully hasn’t been replicated since. Even better, it also avoids the PlayStation Mini annoyance of lacking a USB power adapter by packing one in (good job, Sega). In all, the contents are: one HDMI cable, a USB power adapter, a power cable, and two remotes. In other words, it’s complete out of the box. The controller cables are a respectable six feet, a full foot longer than Sony’s PlayStation Mini remotes.

The UI (which has a new snazzy tune by Yuzo Koshiro) like most mini devices is simplistic, but efficient. You can sort by release dates, A-Z, genre, or players (standard): with the option to flip through a “game shelf” box selection screen. There’s concessions for 4:3 and 16:9 widescreen aspect ratios, as well as the token CRT filter. Suspend points and soft resets (directly from the controller) are in, and M2 is handling porting duties for all 42 games, which is great news. So far, so good!

Look for more info on how this $80 machine plays close to its September launch.