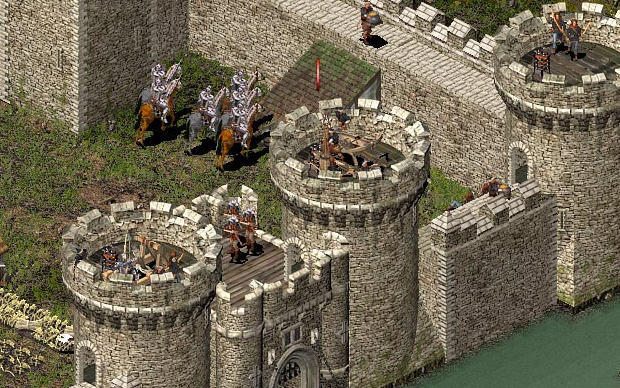 Coming as a free patch for existing players

Following up on the news that Firefly Studios is putting out “HD” versions of Stronghold and Stronghold Crusader, we now have more specifics to work with. This is actually coming in the form of free patches for owners of the aforementioned games (and also Stronghold Crusader Extreme) which will bump up the resolution cap from 1024×768 to 2560×1600.

That means you’ll have the option to view the full map on a single screen, a welcome feature for an older strategy series such as this. The studio has dedicated websites for both the original title and Crusader showcasing screenshots of how it all looks in practice. Really, any excuse to jump back into early Stronghold is a good excuse.

Look for the HD patches on GamersHell and GameFront to start, followed by additional mirrors thereafter. New players can grab either re-release on GOG.com, Amazon, GetGames, and DotEmu starting tomorrow.