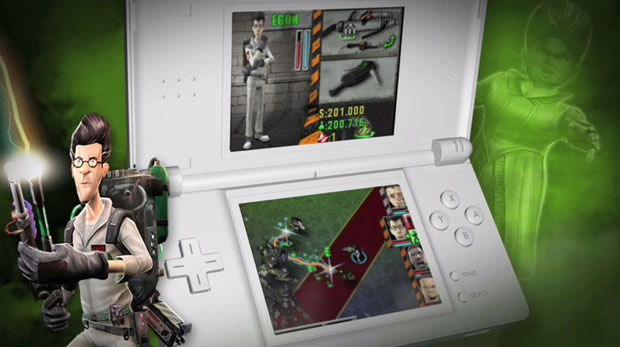 I’ve been playing a preview build of the Xbox 360 version of Ghostbusters for a few days now, and it not anything like what’s shown in the trailer after the jump. Oh, this is for the Nintendo DS version of the game? My bad.

Built from the ground up for the DS by Red Fly Studio, for some reason I’m reminded of Grand Theft Auto: Chinatown Wars. Just, you know, with more ghosts instead of pedestrians and the Stay Puft Marshmallow man instead of the Triad.

Back to my original point, it’s a good thing they went a different route with the DS version, instead of simply trying to downsize the console games; that’s a recipe for disaster. Then again, licensed games on Nintendo handhelds are usually disasters anyhow. But this trailer makes the game look pretty good, and despite the fact that it’s the job of Atari’s marketing folks to make sure that’s the case, I’m definitely interested in giving this a go.

Hit the jump for the full Ghostbusters DS trailer.