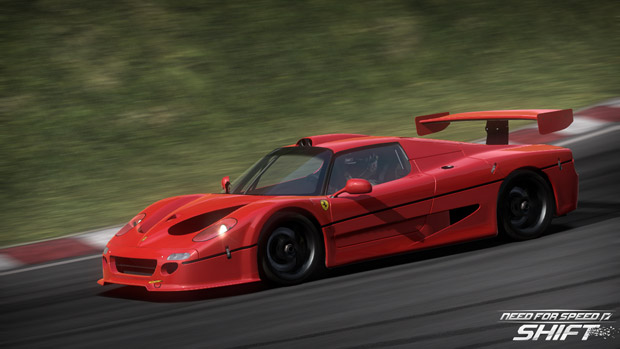 It wouldn’t be a modern-day racing game without downloadable cars, right? Ferrari lovers will be pleased to know that Need for Speed SHIFT is about to get an all-Ferrari add-on soon. Exclusively hitting Xbox LIVE on February 16 for $10, the “Ferrari Racing Series” DLC contains the following cars:

But wait, there’s more! 46 new career mode challenges and 125 Gamerpoints are also included in this fine digital package. It’s been quite some time since Ferrari has been involved with the Need for Speed brand, so this is cool to see.

As for the Xbox 360 exclusivity, yeah, I don’t know. Seems like business as usual, though.