The more the merrier

One of the hallmarks of the Animal Crossing franchise has been letting your friends and family create their own save files, allowing you and up to three people the ability to share in the responsibilities of your town. Some games have forced different players to share a house, others have given each villager their own digs. But no matter what the living situation, one thing that was missing was the ability to play at the same time. Wild World introduced online multiplayer, but local co-op has been absent from the series until now.

Animal Crossing: New Horizons will allow for up to eight different villagers to call their island home and up to four players can play at the same time locally. But you can’t just start out with multiple people moving in all at the same time. In order to access co-op, each resident will need to independently establish their own residence in the town.

In my review, I wrote from the position of one person who intended to live on the island as single player. But if you’re going to be sharing this game with family or friends, I thought you should have a look at what happens when another villager comes to live on your already established island. 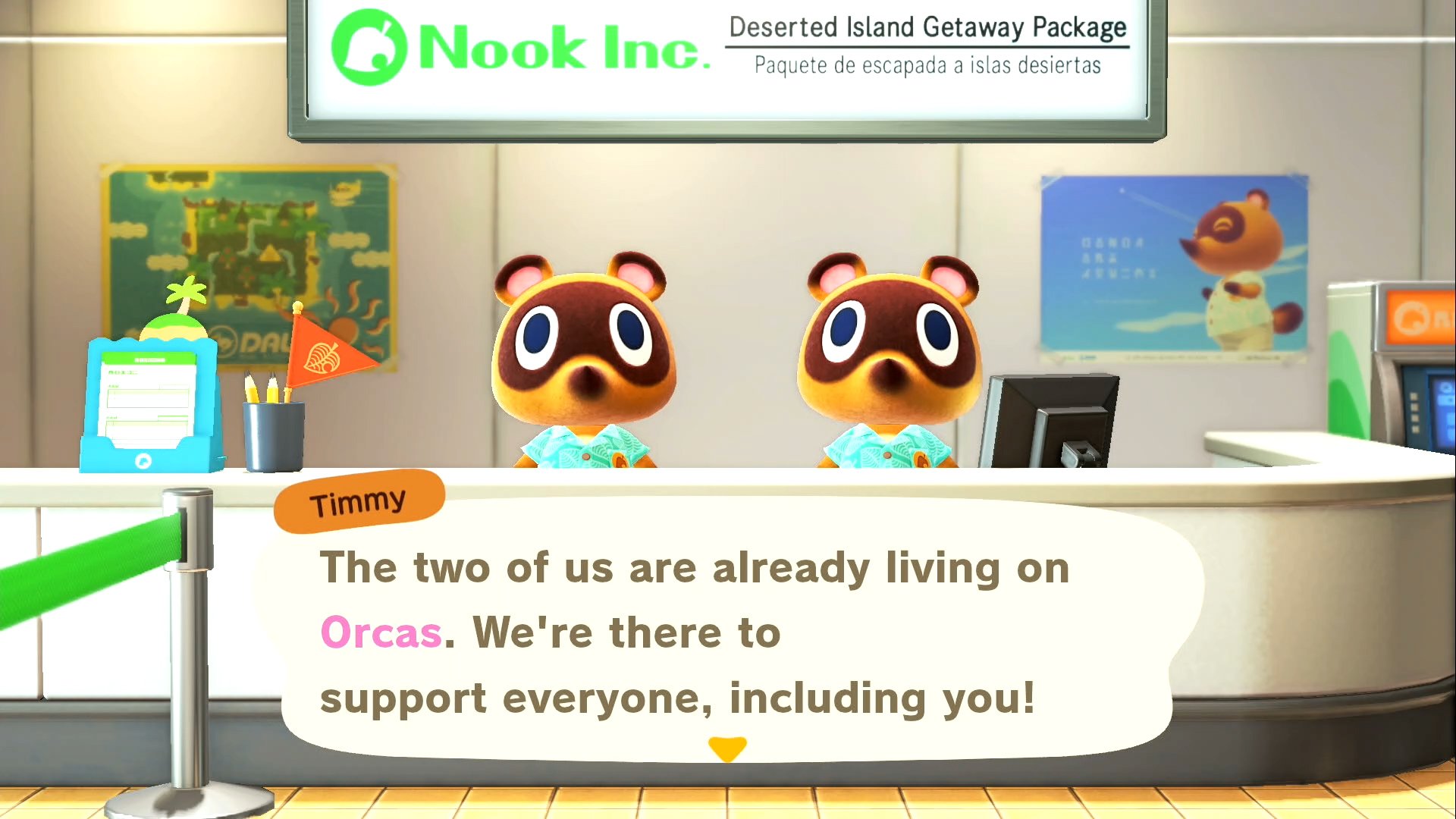 When you select the Animal Crossing: New Horizons icon on your Switch console, make sure you select the profile you want to use to set up this new villager. There is no option to switch characters in the game itself, everything is tied to your system account. When you start the game up with this new account, the opening sequence with Timmy and Tommy will be slightly different. Rather than talking about the excitement of moving to a deserted island, they’ll fawn over what the first villager has set up and how they’re there helping out with things. After naming and designing your villager, you’re whisked off to start your new island life. 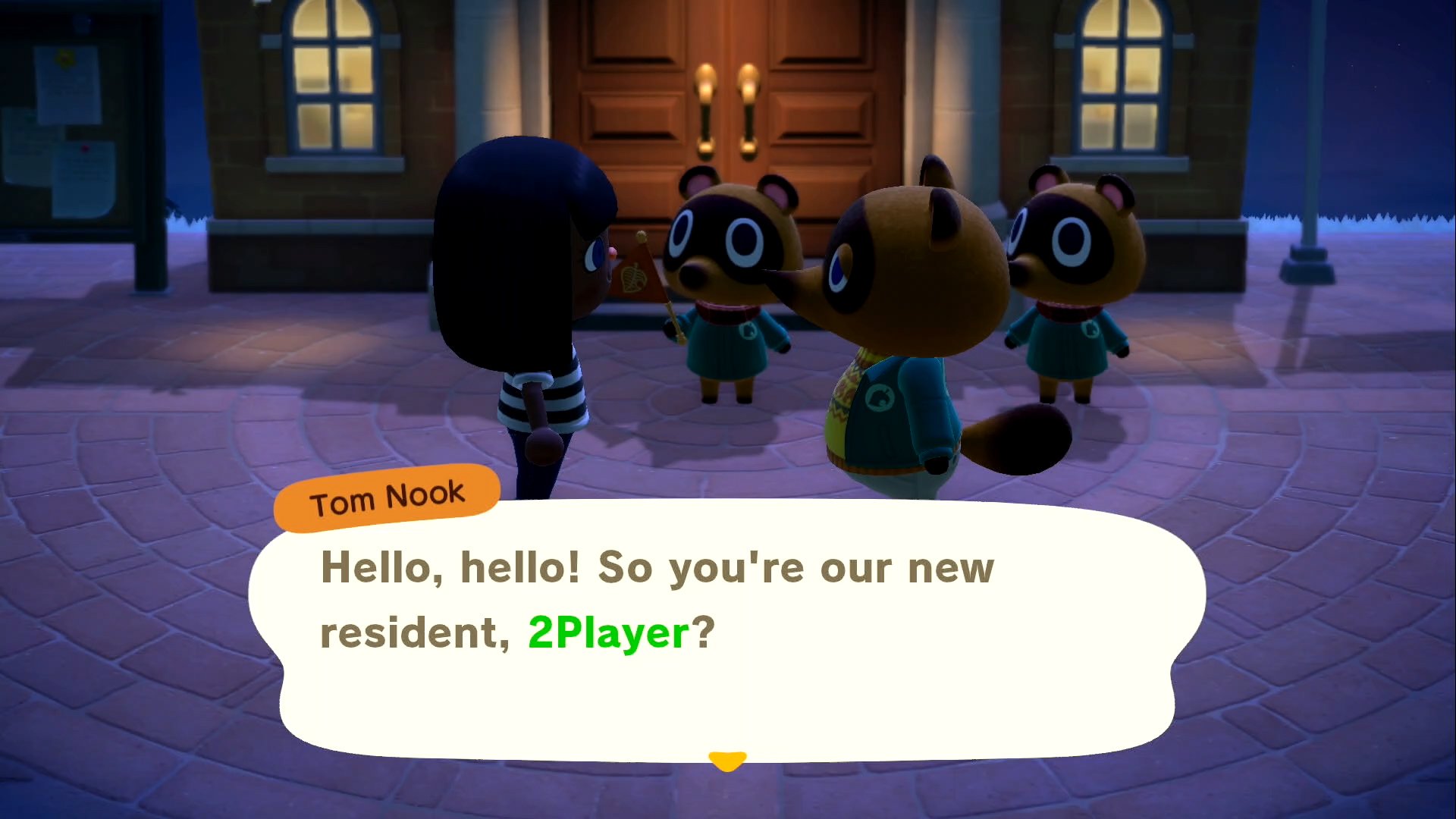 Unlike when the first villager arrived on the island, there is no big welcoming ceremony or new animal neighbors joining you. You’ll be ushered to whatever building Tom Nook is currently working in for a brief orientation. He’ll give you your tent and NookPhone, and set you off to find the right location for your new digs. Depending on how much the first villager has developed the island, players arriving after them may have access to more of the island than was available when the settlement was started. 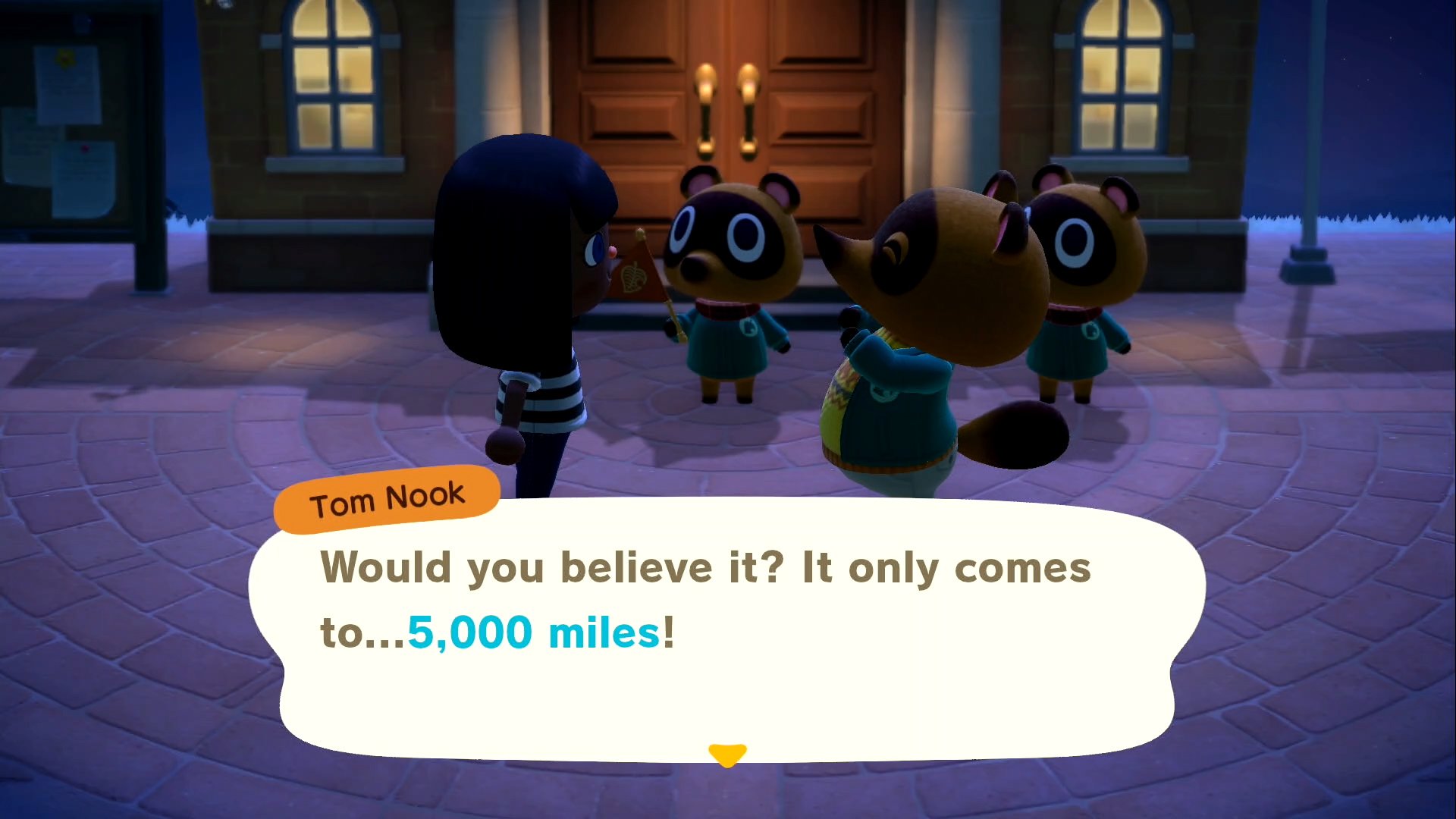 Tom Nook will also give you your bill at this point and while he seemingly gives you the option to pay it off with bells or new currency Nook Miles, the latter is your actual only option. So if you’re the villager who established the island looking to give new players an early advantage, don’t bother sending them bells. They’ll have to earn miles themselves to pay it all off, but that can be done quite quickly. 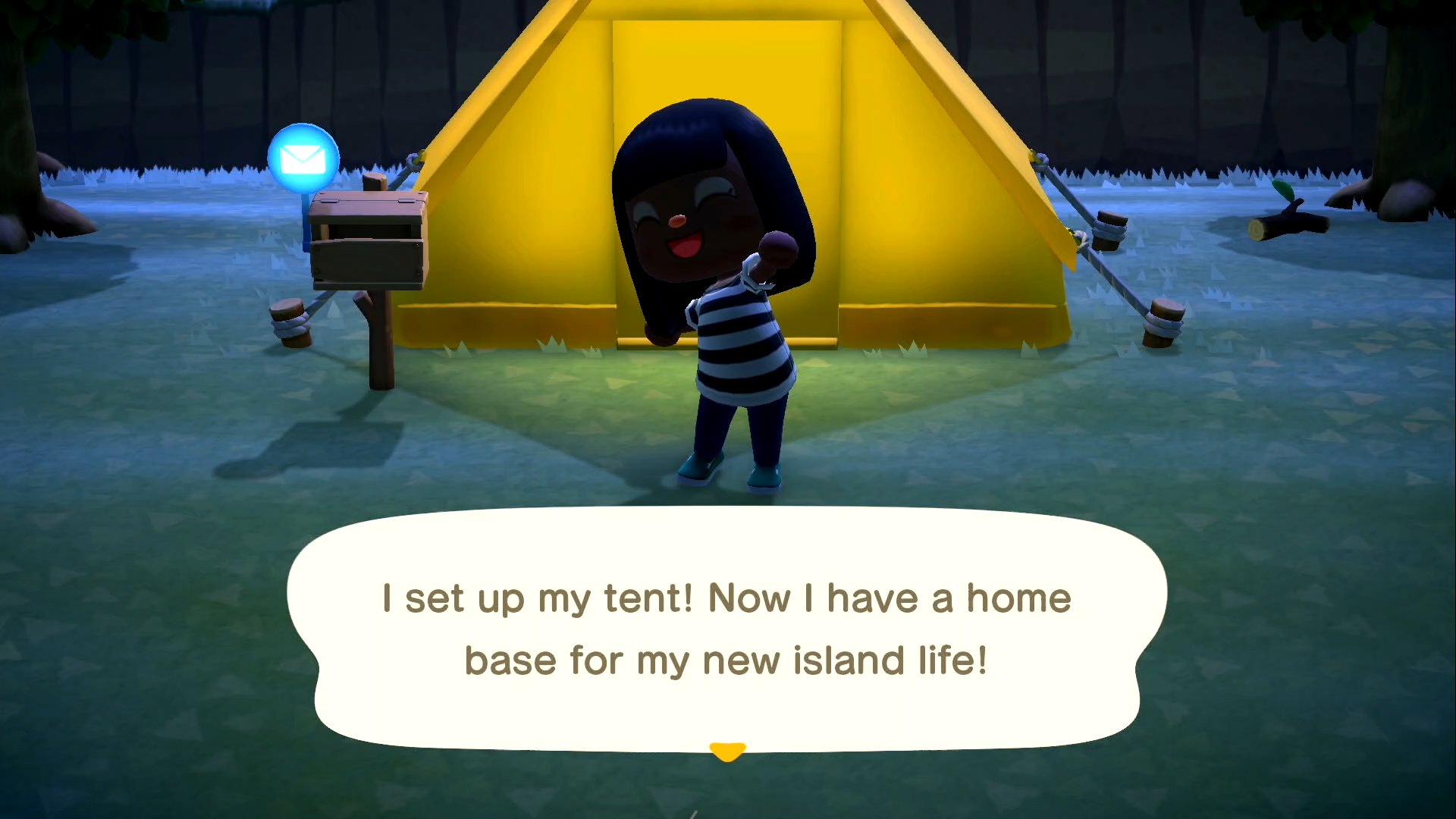 After you’re done hearing from Tom Nook, you can set out to find the location of your new homestead. Once that is complete, you’re ready to start island life. The first thing you’re going to want to do is to talk to Tom Nook so he can explain crafting. After you craft your first item, you’ll get a new app on your NookPhone to hold all your crafting recipes. Each villager on the island will have their own recipe book, so don’t think that just because there is another player already on the island that you’ll have access to their entire catalog of recipes.

Villagers also have their own loans and bank accounts, so if you want to send bells to another player, you have to do it through the mail which you can find at the airport. New villagers will also be restricted in services they can access until they progress through the game. 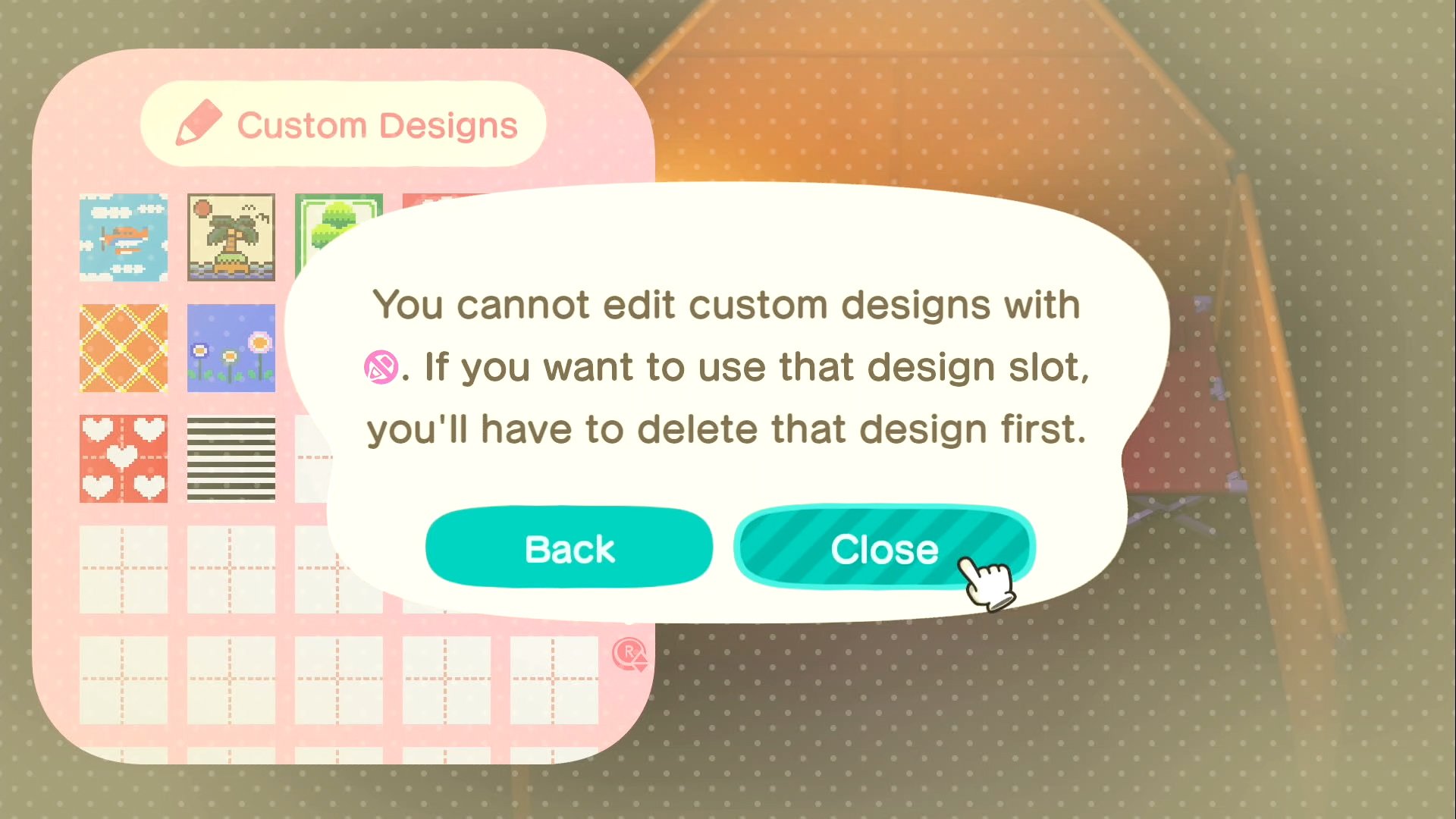 One thing villagers do share are the custom design patterns. Each player will have access to the same selection, and while you can’t modify a pattern you didn’t create, you can delete it. So make sure that’s kosher with your fellow villagers before doing so. 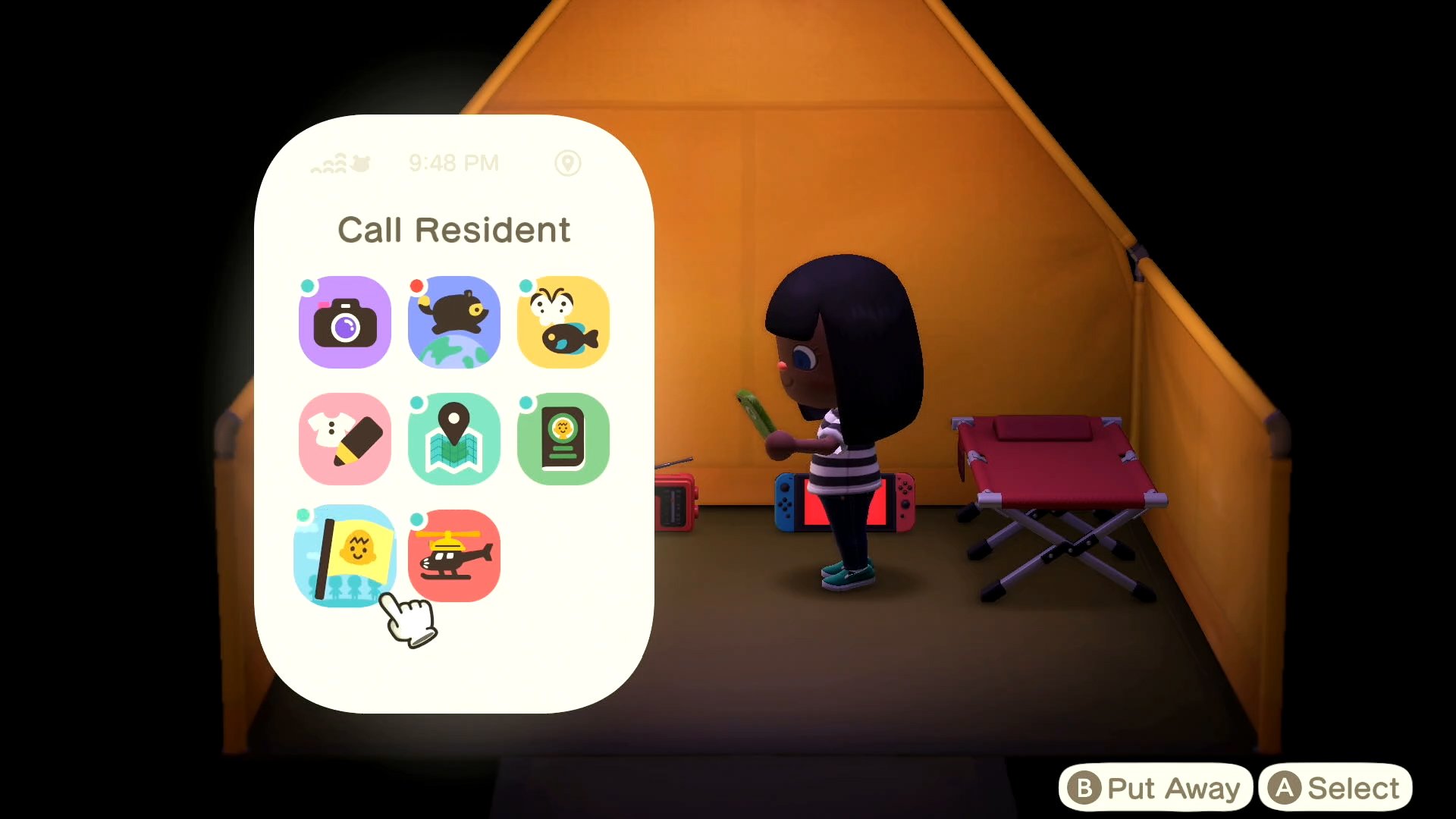 At this point, you’ll be able to access the Call Resident feature which allows you to do couch co-op with up to three other players. The person who initiates the Party Play mode — as it’s called — will be dubbed the leader while other players are followers. As the leader, the game is focused on your movement. The camera follows you and any followers who fall too far out of frame will zap to the center of the screen. If you go into a house, they all go into a house.

As the leader, you’re basically playing the game as you normally do and you get access to everything you would have if you were playing solo. Followers have a few restrictions on them. Followers can’t chat, can’t access their pockets, and can’t fire up their NookPhones. They can use tools and move furniture, but any items they receive will be sent to the recycling box in Resident Services.

If players want to swap leader and follower roles, all they have to do is shake their controller. Once the leader gives up their position, anyone else playing can pick up the reigns. 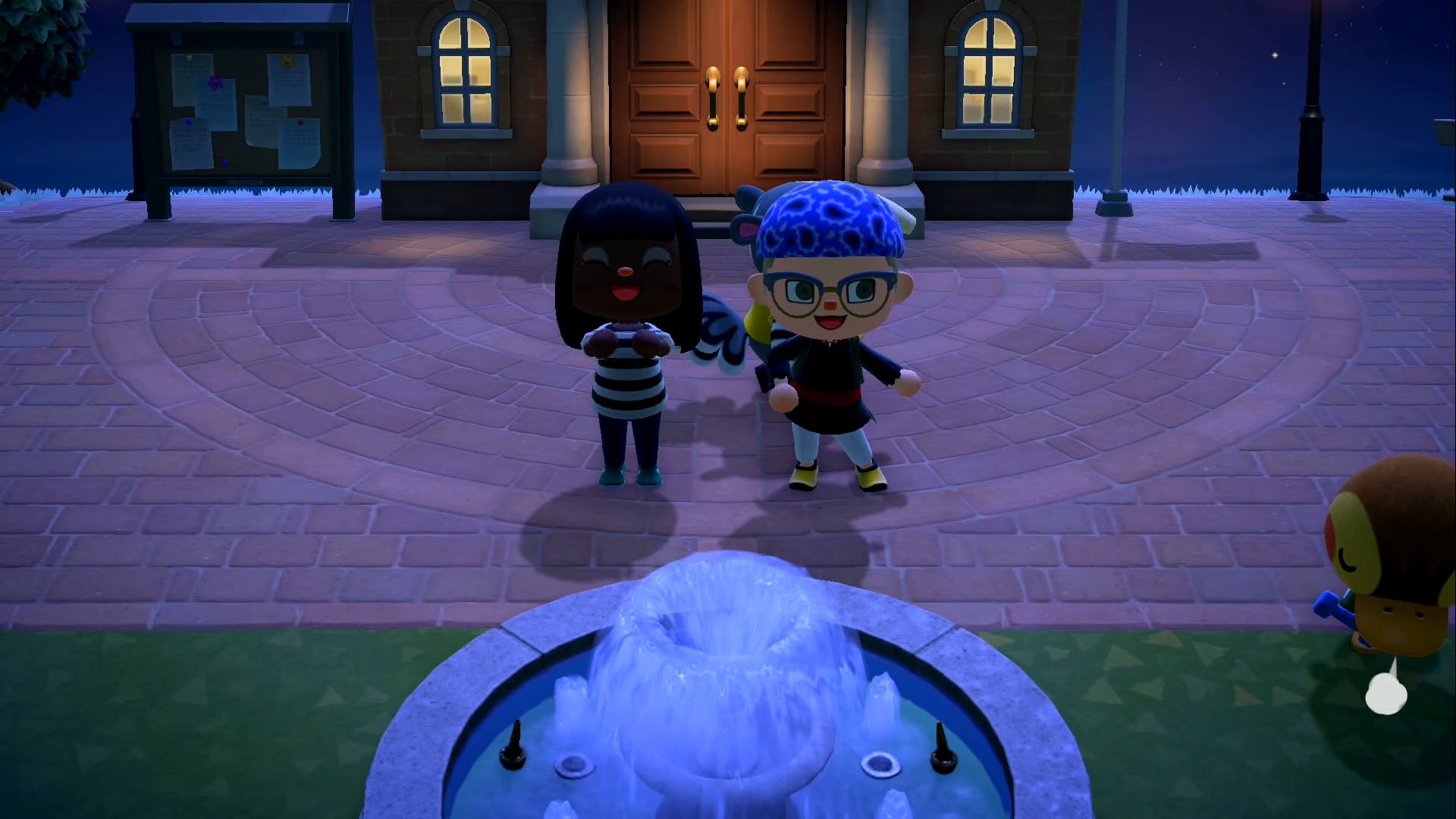 That basically sums up what happens when another villager moves to town, but there is one last thing I want to mention. When you come across special visitors to your town, such as Wisp or Gulliver, know their activities reset for each villager. So if one player helps out Gulliver, when the next player logs in with their profile, Gulliver will once again be in need.