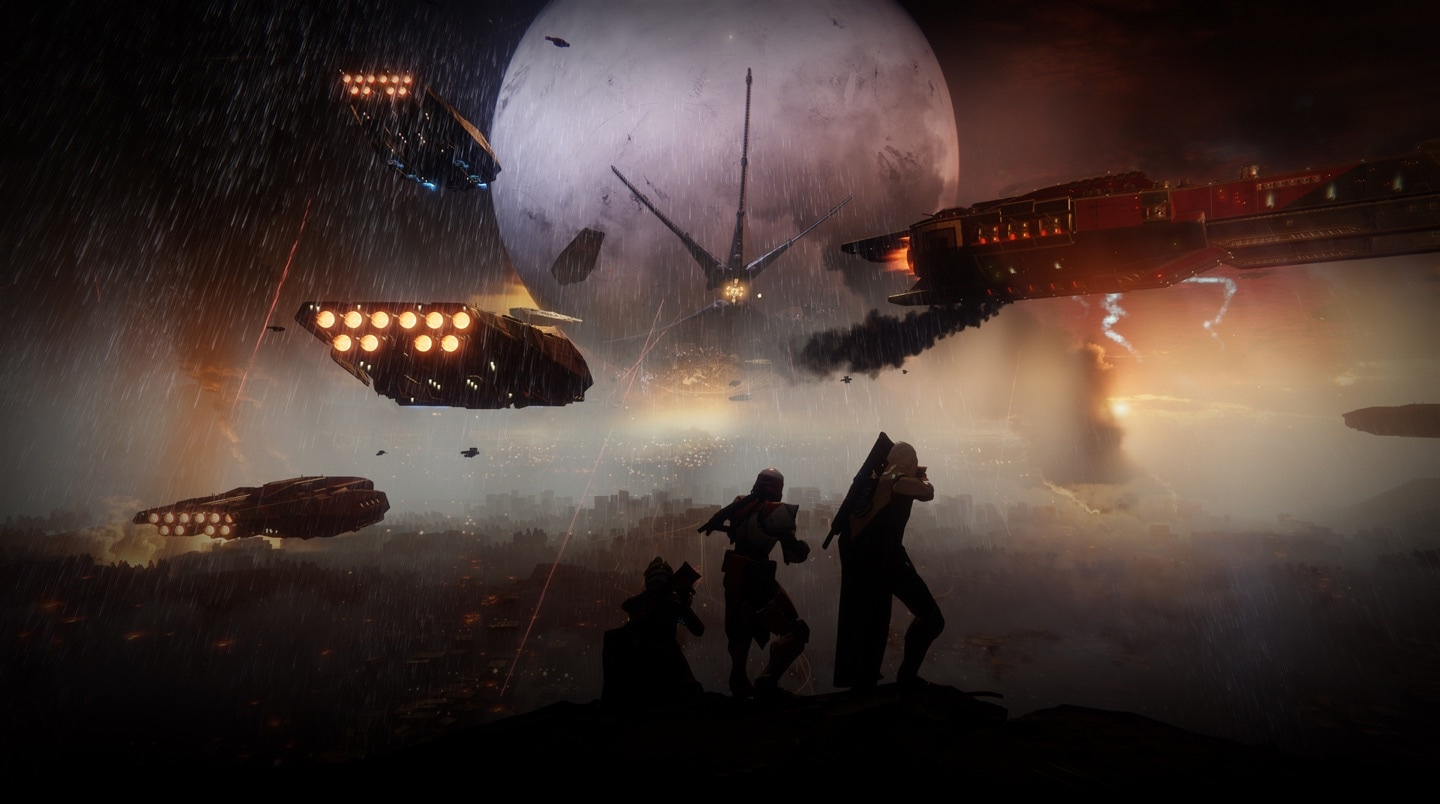 The PC version is exclusive to Battle.net

Today during the Destiny 2 gameplay reveal event, we got our first proper look at this fall’s sequel, “a new beginning for everyone.” The studio previewed Homecoming, the first mission in the story campaign, and reiterated that the light-stealing antagonist is Primus Ghaul of the Red Legion.

Besides the early-game showcase, the presentation was mostly concerned with detailing the same pillars that make up the Destiny experience and how they’ve changed (or haven’t). For instance, the Crucible is now four-versus-four across all modes — including a new one, called Countdown — and players will be able to launch into every game activity without the tiresome need to go into orbit.

Clan support is baked directly into Destiny 2, so you can expect things like in-game rosters, tools for assembling your Fireteam, and custom banners. There’s also going to be a shared reward system benefiting everyone clan-wide, and Guided Games, a sort of looking-for-group feature in which solo players can be matched up with existing clans to face group activities like raids and Nightfalls. As for locations, we’re looking at Earth, Titan, Nessus, and Io this time around.

Launch is set for September 8 on PlayStation 4, Xbox One, and PC (exclusively through Blizzard’s Battle.net), but before then, there will be a beta this summer. [Update: As reported by Geoff Keighley, the PC version is “coming soon” and there will be “more news down the road on release date.”]