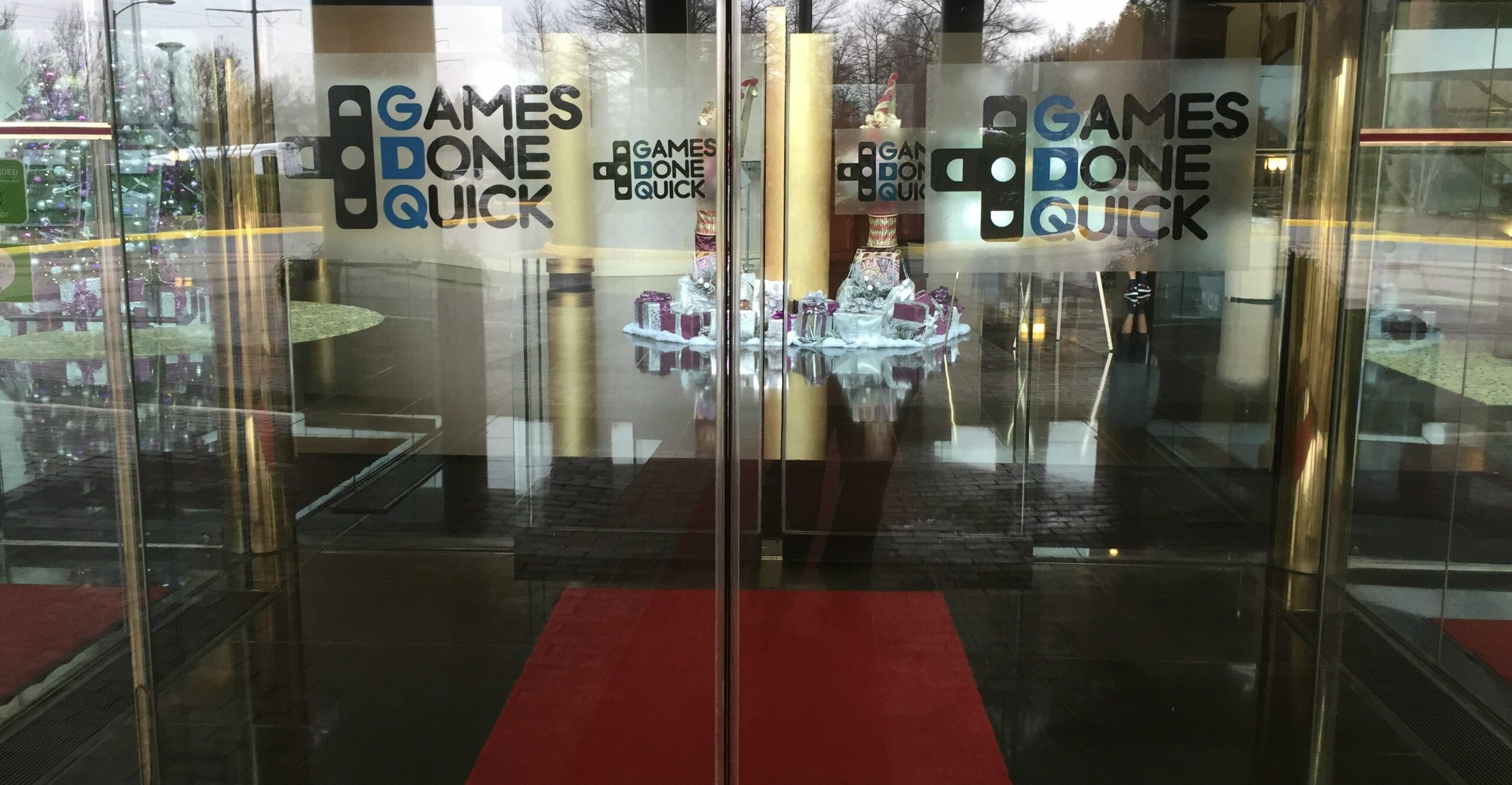 One of the best events I’ve attended

I had the chance to attend the Awesome Games Done Quick event at the Hilton Washington Dulles Airport Hotel (right near Super Smash Con), and in addition to all of the great runs so far, it’s been one of my favorite industry events in recent history. What I love most about it is that while it maintains a high energy level with plenty of enthusiastic runners and watchers, it doesn’t feel overcrowded, and is much more tight-knit than you’d expect. While I’ve enjoyed the last few MAGFests, it’s gotten so much bigger than it has in the past, and it’s easy to get overwhelmed, especially in the gigantic Gaylord Hotel venue.

The layout of AGDQ is rather easy to navigate, as the hotel basically consists of a small series of hallways, forking into the main stage, practice room, and play areas. There’s plenty of board games available, as well as an entire zone dedicated to Super Smash Bros., and a free play arcade (complete with X-Men Arcade and the “no Colossus yell” sign). More people start to fill the halls after 5PM ET as a general rule, but again, it never feels like anything you want to do is unattainable. As a result, I’d easily recommend attending if you’re able, or at least think about coming next year.

At the time of this writing ADGQ2016 has raised nearly $500,000 to support the Prevent Cancer foundation. It will run through January 10, and will end with Bloodborne, fan favorite Super Metroid, and Final Fantasy IV. Check out the full schedule here.