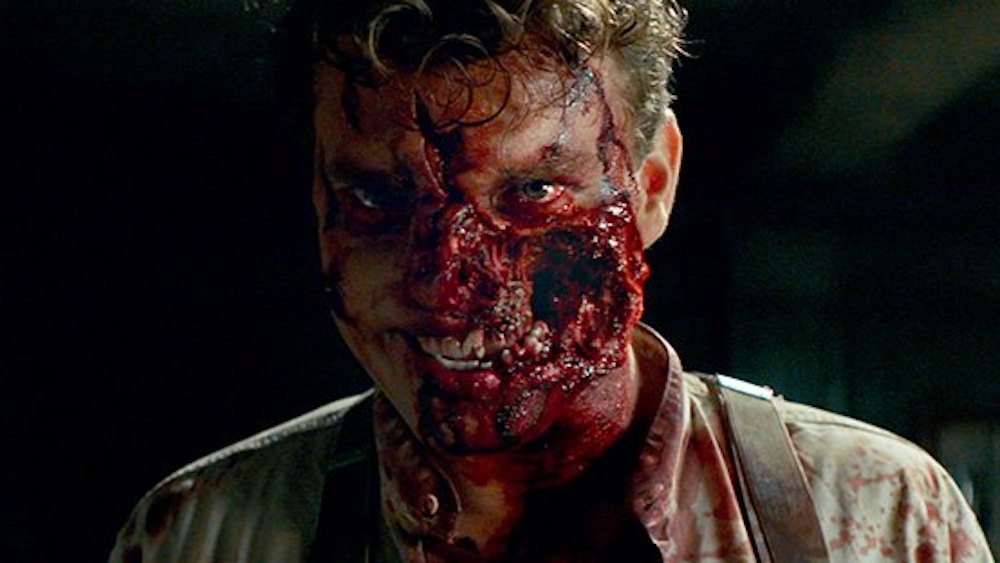 Now here’s a movie that’ll make you feel like you’re in the 1970s exploitation era yet again. Producer J.J. Abrams and his company Bad Robot are bringing you Overlord, an intense horror-thriller about World War II American paratroopers who stumble into some Nazi sci-fi shenanigans. And boy, do these shenanigans look gross and gnarly.

The rock music gives it a lighter and grindhouse-like tone, and the trailer contains flamethrowers, body horror, and my favorite Agents of S.H.I.E.L.D. (and general MCU) character Leo Fitz. Good on you, Fitz! Too bad you’ll probably die a horribly gruesome death at the hand of Nazi mad scientists!

Overlord was theorized as being a third secret Cloverfield sequel, but Abrams has denied it, saying that a “true Cloverfield sequel” was in the works. The tone certainly seems to suggest that this film is unrelated. Still, the Cloverfield franchise has been known to surprise, and since The Cloverfield Paradox gave the series the versatility to work across all eras of time, there still could be a chance that the movie will introduce some Cloverfield elements as a plot twist of sorts. Next thing you know, Bad Robot will be turning a movie that has already been released into a secret Cloverfield movie.

Overlord is releasing in theaters on November 9.

Filed under... #Film or TV#Flixist#Horror#World War 2