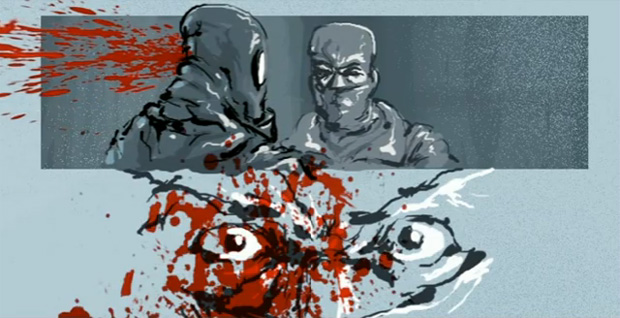 I was informed earlier today that the second part in a series of animated shorts inspired by Call of Duty 4: Modern Warfare has been out for a while now, and after seeing the strong response the first video got, I had to make sure everyone saw the follow-up.

So yes, it is “old,” but then again it’s not like this stuff is time sensitive or anything. Anyway, I found this short, “The Duty,” to be generally more interesting than “The Call.” So much so, that I had a tough time deciding which still image to use for this post. As you can see, the sociopath in me won out.

Once again, this video was rated five stars by YouTube members. Thanks to Dtoider DaedHead8, here’s another clip that ranked highly. Yes, I did just lose about 99% of you, but it was so worth it.