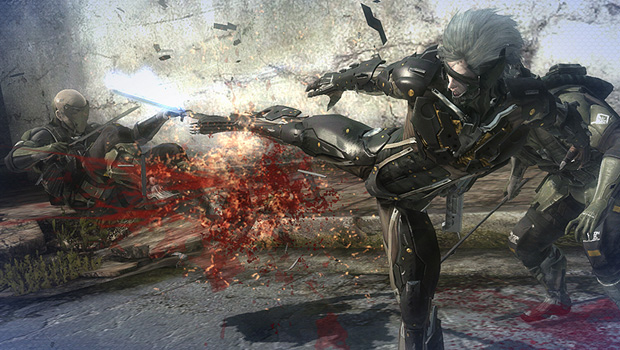 Did you enjoy the Tokyo Game Show trailer for Metal Gear Rising: Revengeance? Well here it is in English so you can actually understand what’s happening now. Well, okay, it’s still a little confusing with how the video is jumping through the plot over different time frames.

Want some actual new info? Well good, because I have some. Producer Yuji Korekado gave more info on one of the characters you meet during a Q&A session at a Konami event last night. Wolf, the robot boss with a chainsaw tail, will join your team after you’ve defeated him. You will take him back to the Doktor character to get repaired, after which he will provide you with intel during missions.

Yuji said Wolf will be more of a sub-character, as he won’t be fighting alongside Raiden. He’s just there to scope levels out before you arrive, and give you info to help you in missions. Part of me wishes Wolf was more involved in fights, but I can easily see him overshadowing Raiden and take away the focus from his story if he was.