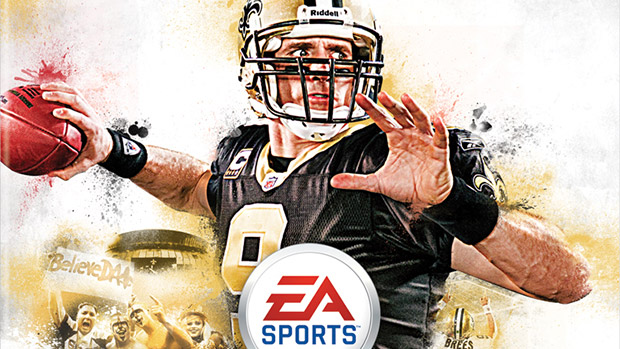 Drew Brees is the Madden NFL 11 cover athlete, and above, you can see him in action in the game’s first trailer. The footage premiered on the GameTrailers TV “EA Sports Season Kickoff” special, and so did I! The trailer shows off the major changes and improvements that are coming to the Madden franchise in 2010, all of which emphasize the game’s tagline this year: “Simpler. Quicker. Deeper.”

That involves features such as an all-new playcalling setup, “GameFlow,” and a completely revamped movement engine. And oh my, is that Gus Johnson I hear? I’ll have all the details in my full preview of Madden 11, which will go up on Monday morning.