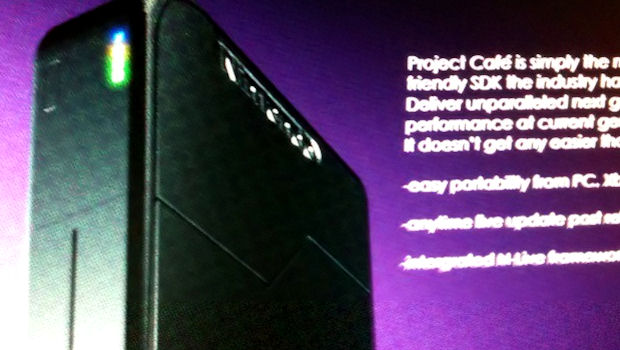 We’ve been inundated with all sorts of mock-ups and leakages concerning Project Cafe, the rumored HD console being developed by Nintendo. The latest development is this supposedly leaked image, found on various forums and image hosts around the ‘net.

“Project Cafe is simply the most developer friendly SDK the industry has ever seen,” reads the text accompanying the image. “Deliver unparalleled next generation performance at current generation costs. It doesn’t get any easier than this.”

The image also boasts easy portability from PC and Xbox 360, as well as the ability to update games at any time and an integrated M-Live framework.

As with everything concerning Project Cafe, don’t take the picture as incontrovertible truth. Looks pretty slick though, right? What do you reckon?