The pieces are slowly starting to come together, like a fractured memory recovered in the Animus. Ubisoft hasn’t made mention of when it plans to reveal this year’s Assassin’s Creed, so the internet at-large has decided to do it for the publisher.

This morning, a reddit user posted the first off-screen image of the next Assassin’s Creed from a burner account. The picture (which can be seen below) features the playable character navigating a small ship, and he has a shield and bow and arrow on his back. The mission status is “Assassinate the Crocodile.”

Lending weight to the image is Eurogamer, who reports that it has received three confirmations from separate sources who all say it’s legitimate. Those same sources corroborate yesterday’s leak that the game will be titled Assassin’s Creed: Origins.

It’s just a matter of time now until Ubisoft speaks up. The cat’s already out of the bag, after all. For what it’s worth, these were the reveal dates for recent Assassin’s Creed games: May 12 (Syndicate), March 21 (Unity), August 5 (Rogue), and March 4 (Black Flag). Those are kind of all over the place, meaning that Ubisoft hasn’t really fallen into a marketing routine of announcing at the same time each year. But, we can still probably expect to officially hear about Origins sooner rather than later.

Ugh fuck it.. Here it is, enjoy: Your first look at Assassin’s Creed: Origins [reddit via Eurogamer] 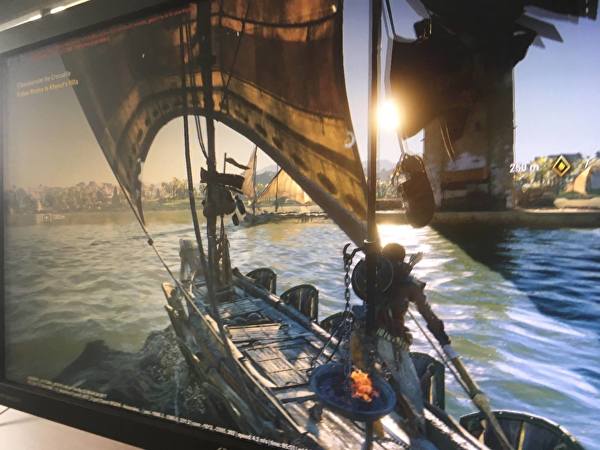