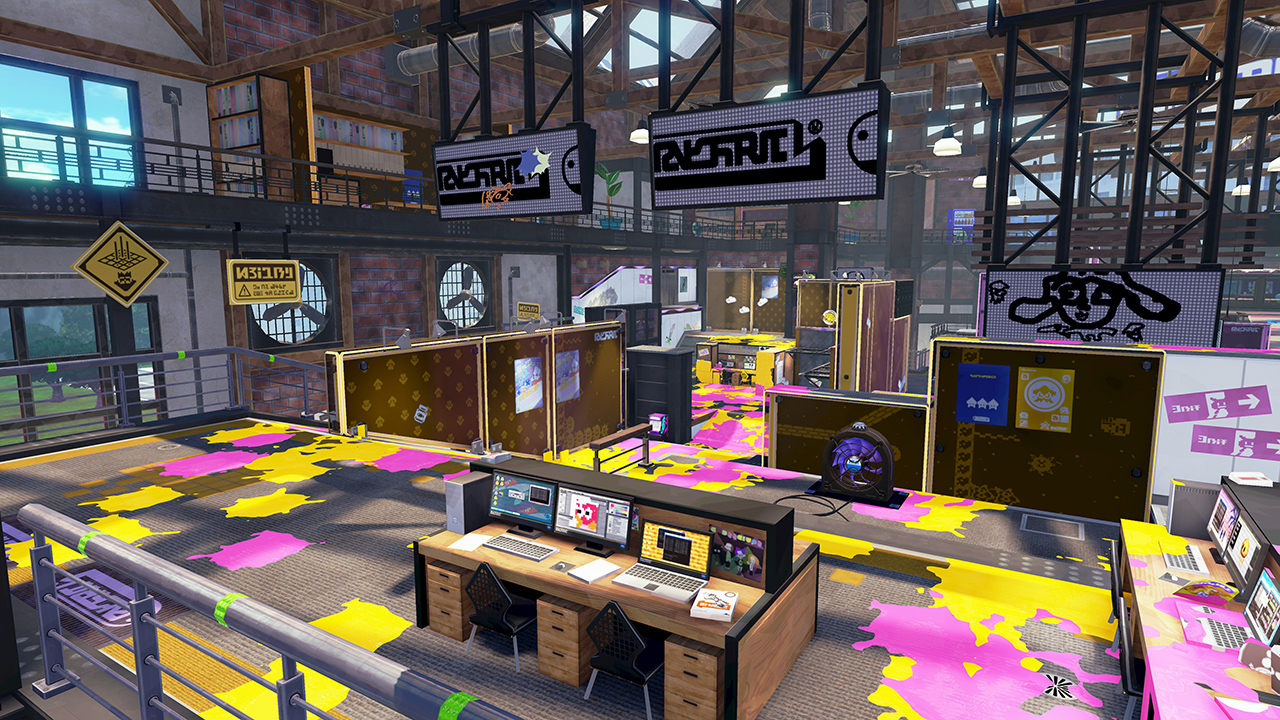 Splatoon’s final map, Ancho-V Games, will roll out at 6.00pm PT today in the US, and tomorrow in Europe.

This final stage is set within the office of an independent video game developer. 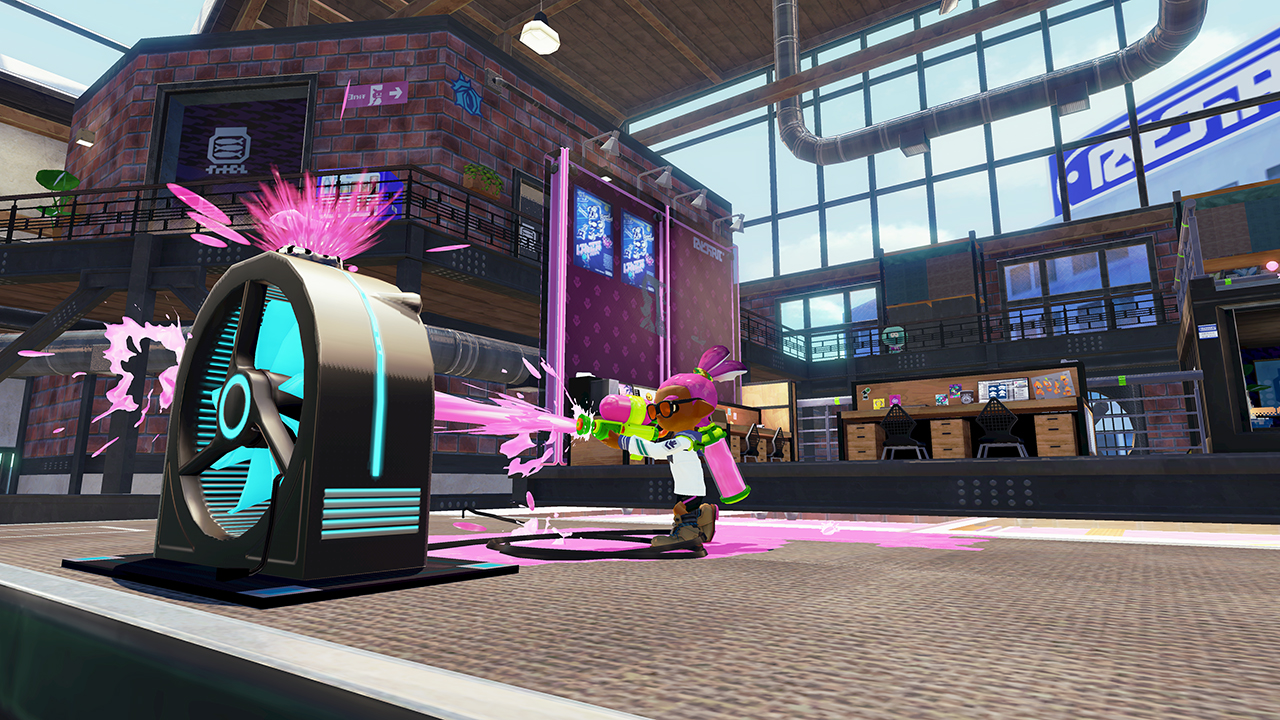 “One feature of this stage are the PC-fan shaped propellers that can be inked to move portions of the floor,” writes Nintendo on the official Splatoon Tumblr.

“Use these to exploit the stage’s verticality and gain the high ground over your opponents. What role do these things play in game development, anyway?” 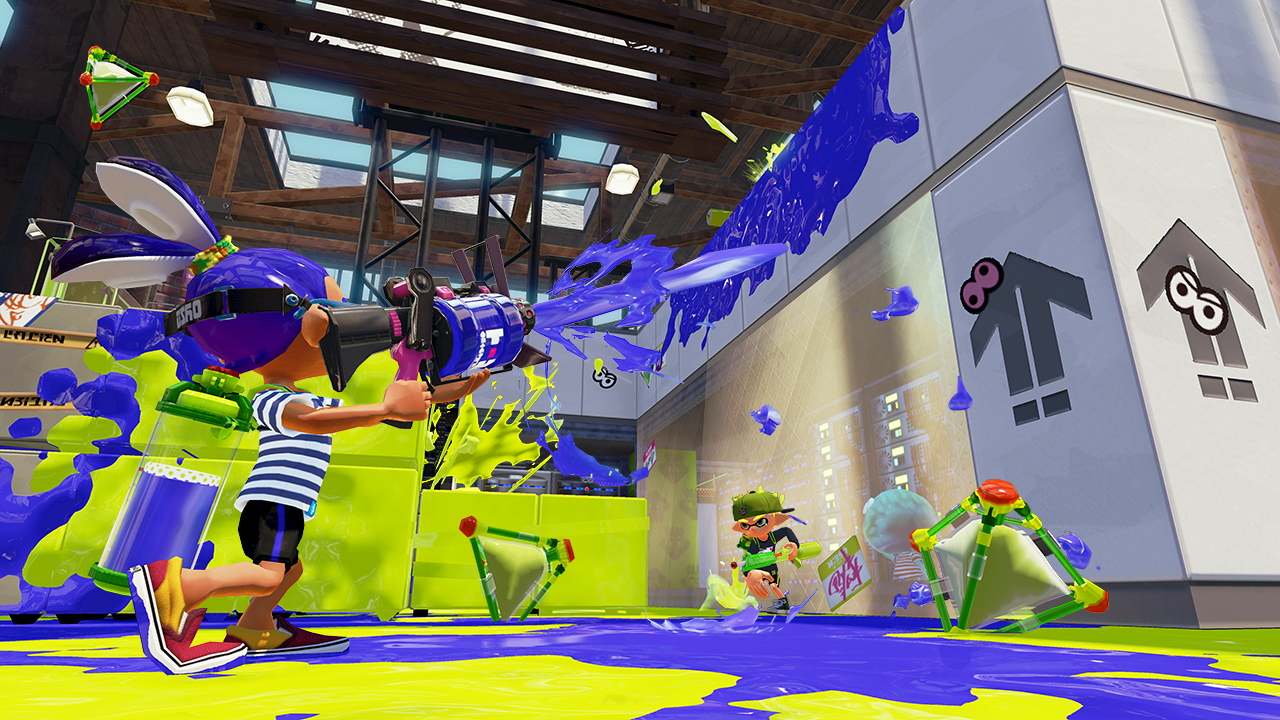 Head on over to the Tumblr page for more information, and a buttload of screens.