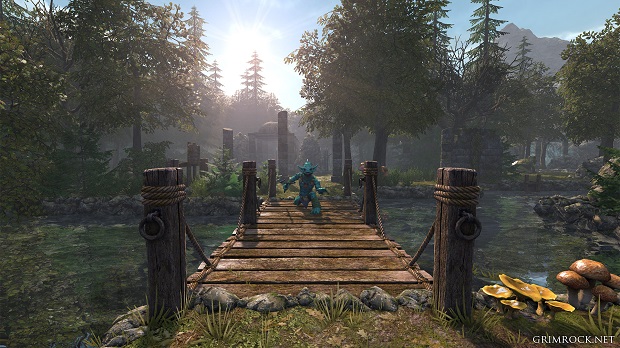 You can see the sky in the sequel!

Legend of Grimrock was a nice surprise, a defiantly old-school dungeon crawler brought to modern systems with a fresh coat of paint. Details on the sequel have been scarce but now a big blog post on the official site has shed light on what to expect. It looks like developer Almost Human is expanding on the core game but moving the location to a whole new area, the island of Nex.

It’ll be interesting to see how the island setting is built into the dungeon crawling gameplay, as I’d imagine being able to see the sky might diminish the sense of claustrophobia I got from playing the original Legend of Grimrock. Still, some variety in the scenery would be welcome. The story in Legend of Grimrock 2 will be new as well without carrying over from the first game so this might make the sequel a great jumping-in point for new players.

There’s also going to be a tweaked skill system, new puzzles and totally reworked enemy AI. A new playable race will also make an appearance which has me raking my brains for a suitable fantasy race that could be added. My bet? Dark Elves. Still no news about a potential release date but fingers crossed Grimrock 2 arrives this year.

New screenshots and a list of features! [Legend of Grimrock]