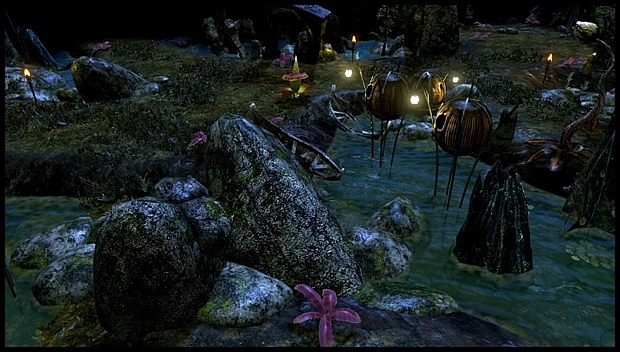 Two quadrillion years ago, we reported that Under Siege was a PlayStation Network exclusive strategy game. And, well, that was about it.

Things. Things have changed over the last few months. Seed Studios — the developer of the title — has slowly relayed information and images to eager fans from its development blog. Most recently, they released the three images in the gallery below. It looks like a console strategy game — that’s for sure.

Back in February, Seed answered a few reader questions about the game. According to the devs, Under Siege is a Real Time Tactics game that focuses on fighting instead of “gathering resources or base building.” Like most games, Under Siege will feature a single player campaign. But it will also have split-screen.

In March (they post monthly), Seed dropped some information and screenshots for some of the Human troops in the game. You can check that out here if you’re interested.

Under Siege certainly looks like a downloadable winner. However, I’m writing that based on art and fairly serene screenshots. Hopefully we’ll see some footage soon. Until then, what do you guys make of Under Siege?