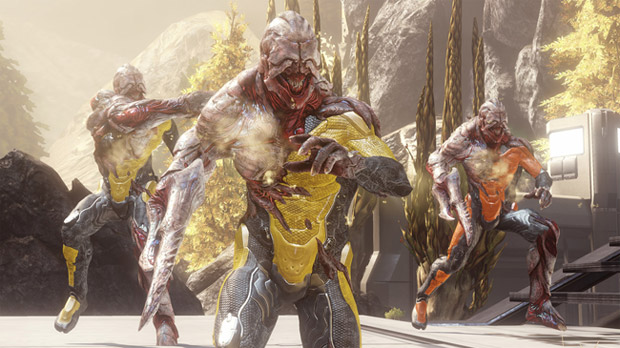 As terrifying as these Cenobite-esque Spartans look in Halo 4, you can take solace in the fact that you won’t have to mess with the Flood in the campaign itself, according to CVG. This is an image of the multiplayer variant “Flood” in which two infected players try to target the remaining eight.

343 Industries posted a bunch of new screenshots from the campaign, War Games, and Spartan Ops, but I was naturally drawn to the shot of the Flood. There’s even a mech in some of them! If you would have told me a month ago that I’d be this pumped for November 6 to arrive, I would’ve had a good laugh.

Halo 4: New details reveal the return of the Flood [CVG]