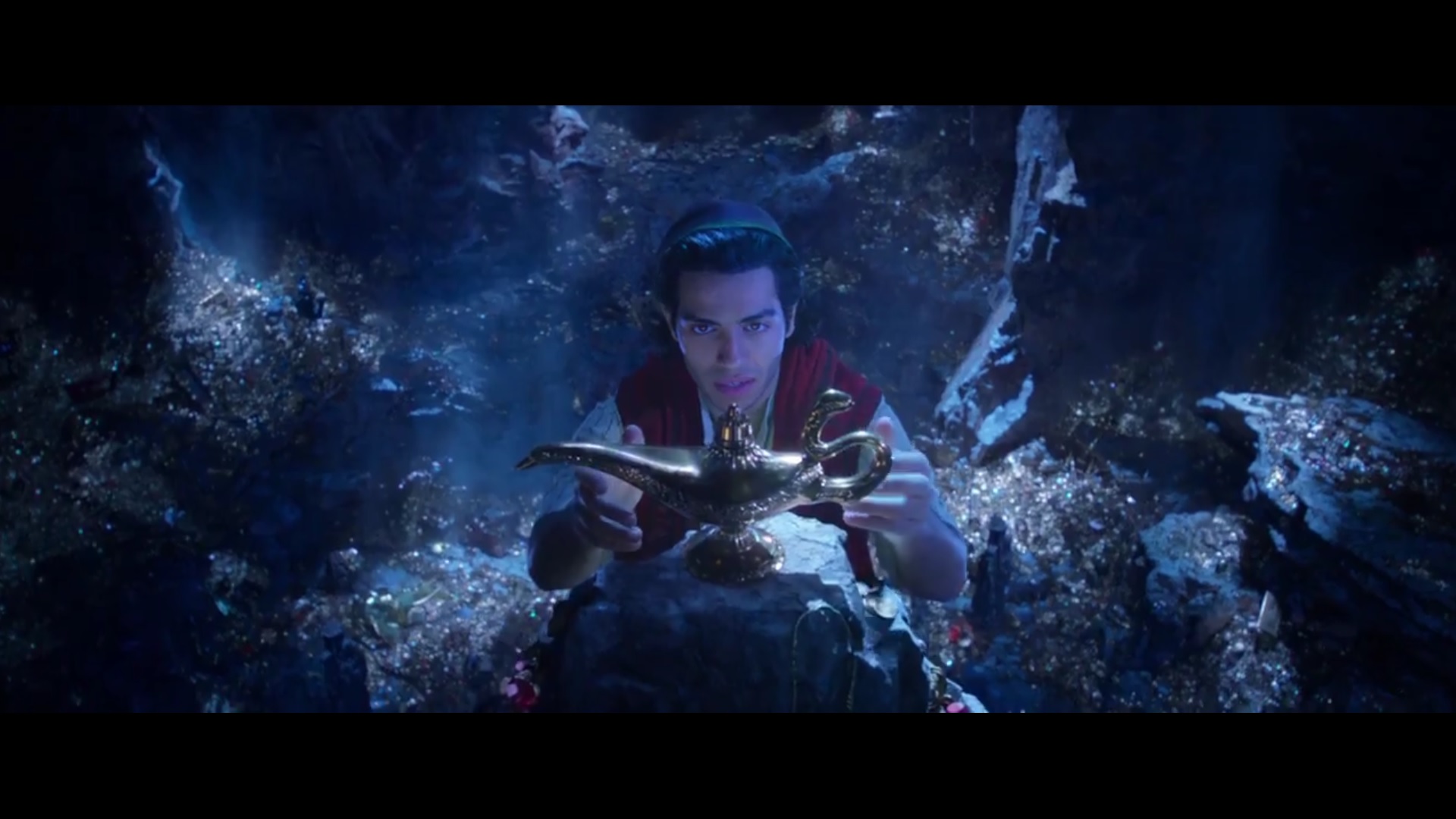 A new teaser trailer for Disney’s live-action remake of Aladdin was shown during tonight’s football game and if you were hoping for something substantial, it’s best to temper your expectations. They call these things teasers for a reason and we basically get about a minute of footage with some light narration. There is a nice close-up of Mena Massoud as the titular character grabbing for the lamp, which is sure to tickle your nostalgia bone.

The film is still set for a May 24, 2019 release. With nothing else to go on, I’m not sure if I’m excited for not, but I would like to see Will Smith acting all crazy as the Genie. That is honestly a perfect fit for him.