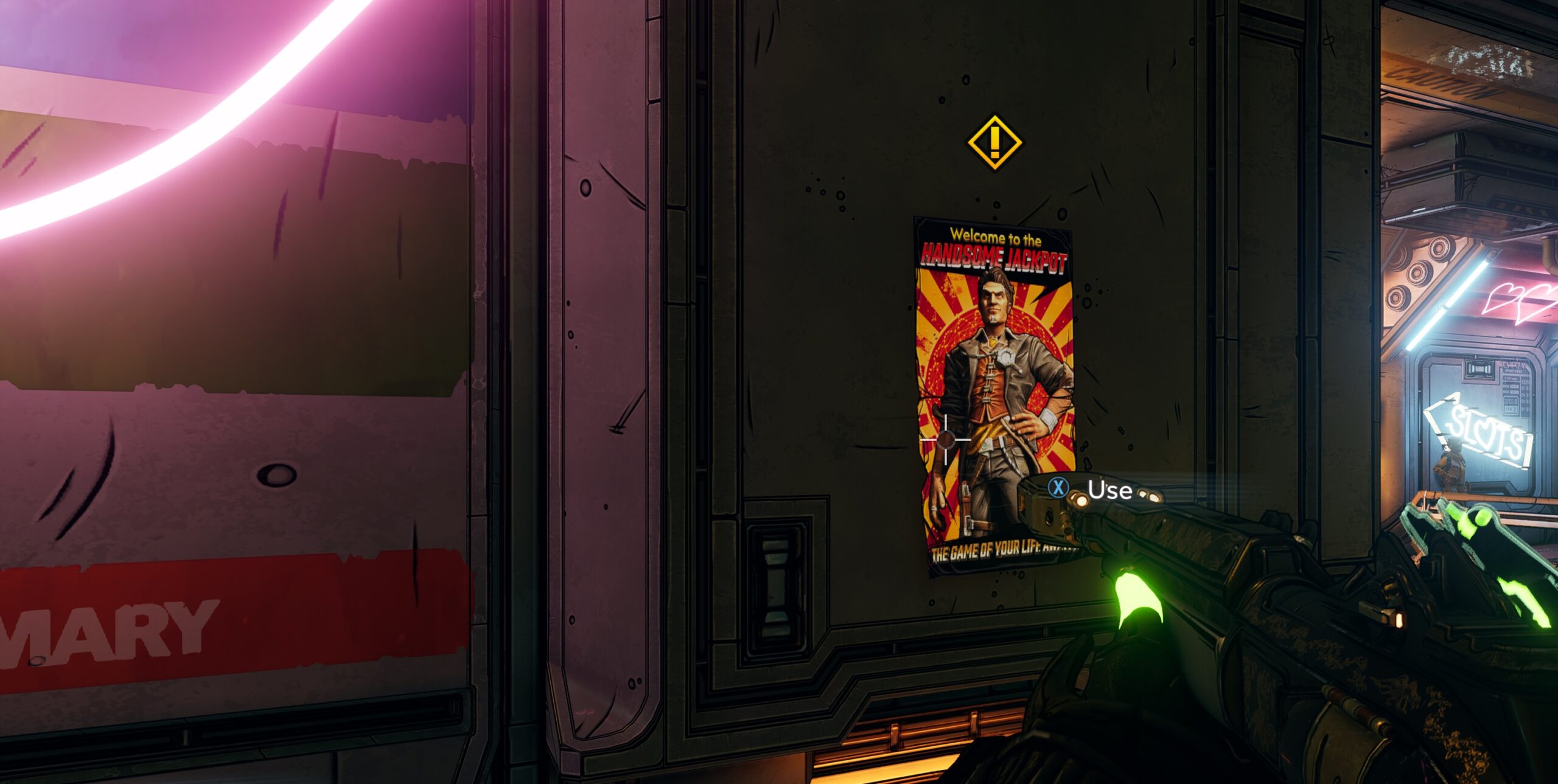 The first major DLC for Borderlands 3 is out today, and you don’t even need to do a ton of legwork to access it.

So long as you’re level 13 (or above), you can play Moxxi’s Heist of The Handsome Jackpot. It also doesn’t have an esoteric “wander around until you hear a radio message” requirement: you just buy the DLC and head to the main Sanctuary III hub.

Go to Moxxi’s bar on the second floor, then look for the Handsome Jack poster on the wall. Touch it and you’re good to go! Just track the quest then head to the main planet selection room: it’ll appear as its own destination.

Just in case you lost your way and haven’t played in a while you can find the exact location on the map below, or just look for the slot machine icon.