After a bit of turmoil, Assassin’s Creed Valhalla is now ready to host its first DLC.

Wrath of the Druids is a major expansion in the same vein as “episodes” in past games, and the way you access this one isn’t super straightforward. 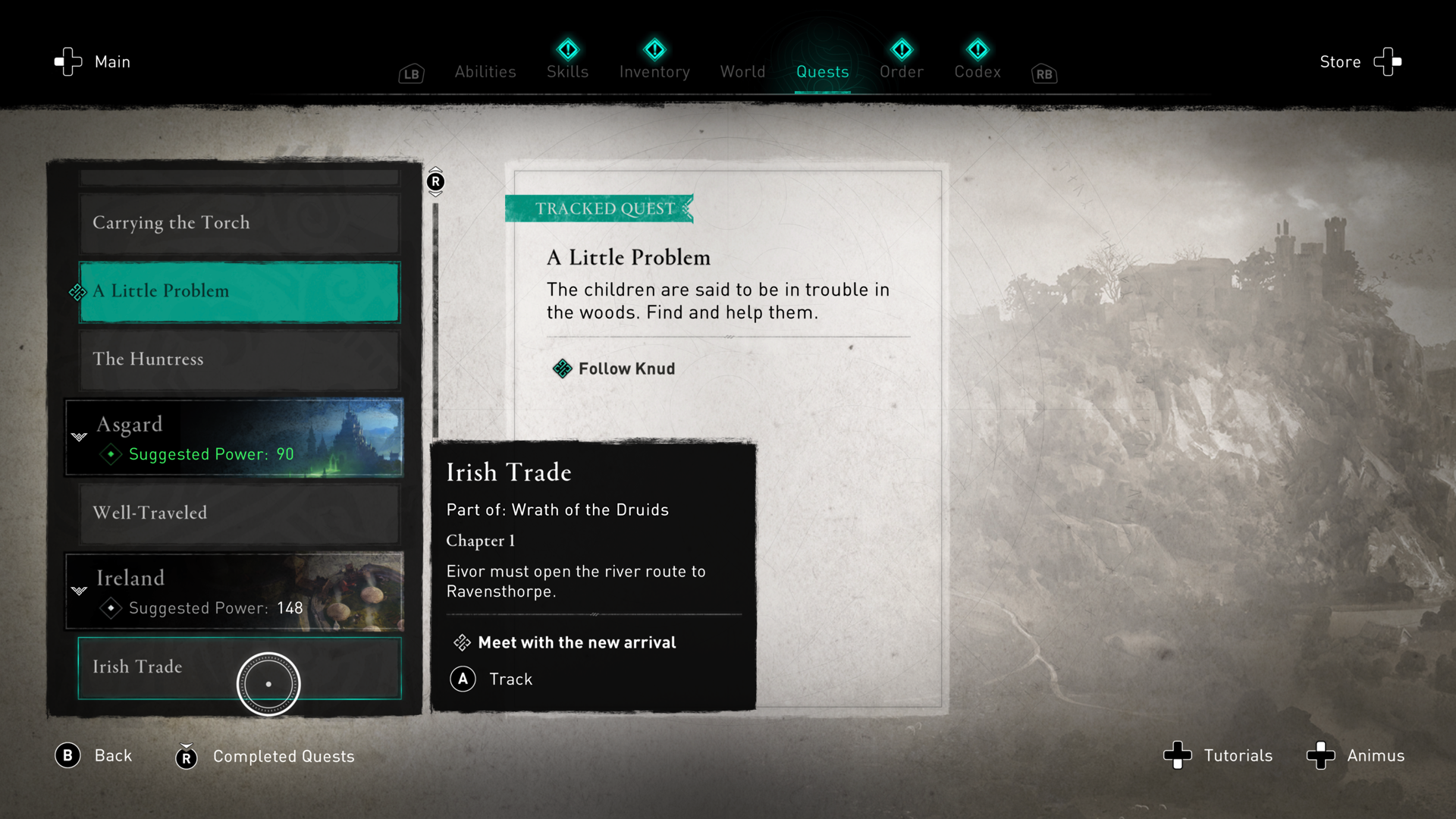 After downloading the DLC, you’ll need to head to Ravensthorpe, then speak to Azar at the docks. From there you’ll start a questline that allows you to enter Ireland via the Irish Tradepost: a new structure built for the DLC.

As an aside, you do not need to be a specific power level to access the DLC. In fact, the only requirement is that you can get to Ravensthorpe, and you have Arc 1 and 2 completed via the England portion of the game.

When you start, it will be set at power level 55 however, so be prepared. The DLC automatically balances higher levels out to adjust for harder content, like some scaling open world games.