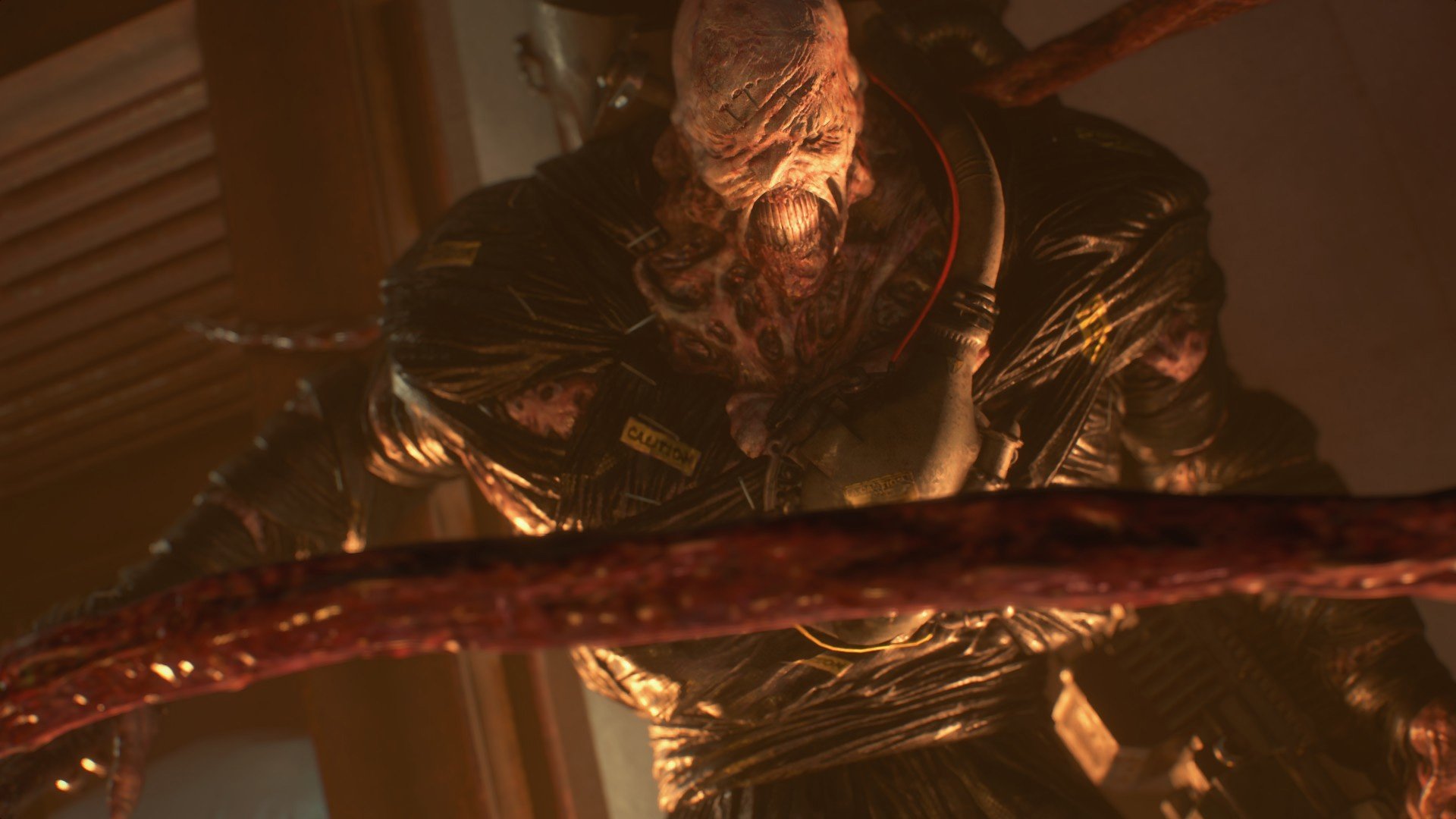 [Minor spoilers for Resident Evil 3 remake that were in the demo.]

Rumors are flying about a Resident Evil 4 remake coming in 2022, and while Capcom hasn’t announced the project yet, it has started talking about wider lore connections in this year’s Resident Evil 3 remake.

In a PlayStation Blog interview, RE3 director Kiyohiko Sakata was asked about Nemesis’ newfound ability to infect zombies with parasites – a nasty little trick that fortifies their heads and gives them far-reaching tentacles – and why that’s important for the series’ delightfully ridiculous storyline.

First, a bit of context. Sakata set the stage by talking about the in-universe origins of Nemesis.

“Umbrella Corporation’s bioweapon research was split between Europe and America,” he explained. “The European branch handled project Nemesis, while the American branch handled T-virus research in tandem. The Nemesis project was to artificially create a parasite that was discovered in the wild, thus giving birth to NE-α. The idea was to find an appropriate live host that could contain NE-α, which in turn would physically change and transform its host into a bioweapon.”

If you’re a diligent note-reader, you would’ve caught this in Resident Evil 3. The banter between Umbrella’s North American and European branches was one of my favorite text-based plot lines.

Going back to Nemesis’ ability to infect, it was “implemented as a means of differentiating Nemesis from Tyrant in Resident Evil 2,” according to Sakata – but he also brought up specific lore implications for RE4. “We inevitably decided on this final ability due to the presence of Ganado in Resident Evil 4.”

“Ganado are humanoid enemies that are created through being infected with the Plagas parasite, the original basis for NE-α,” he continued. “When the Plagas activates, it spawns from the neck of its host in the form of a tentacle. NE-α was created to imitate this parasitic quality. We wanted NE-α infected enemies [in RE3 remake] to be visually similar to the Plagas-infected Ganados as a means for fans to piece together how Nemesis fits within the whole Resident Evil franchise.”

“While this was the design and background for Nemesis in this reimagining of Resident Evil 3, we should note that Nemesis was not designed with this in mind in the original Resident Evil 3: Nemesis,” he added.

It sure feels like they’re planting the seeds for another remake, doesn’t it?

Fans have drawn some of these links before, but hearing them spoken about officially is another matter. I can’t fully wrap my head around what a reimagining of Resident Evil 4 would look like, and as someone who’s played the original version and ports countless times, that’s exciting and nerve-wracking.