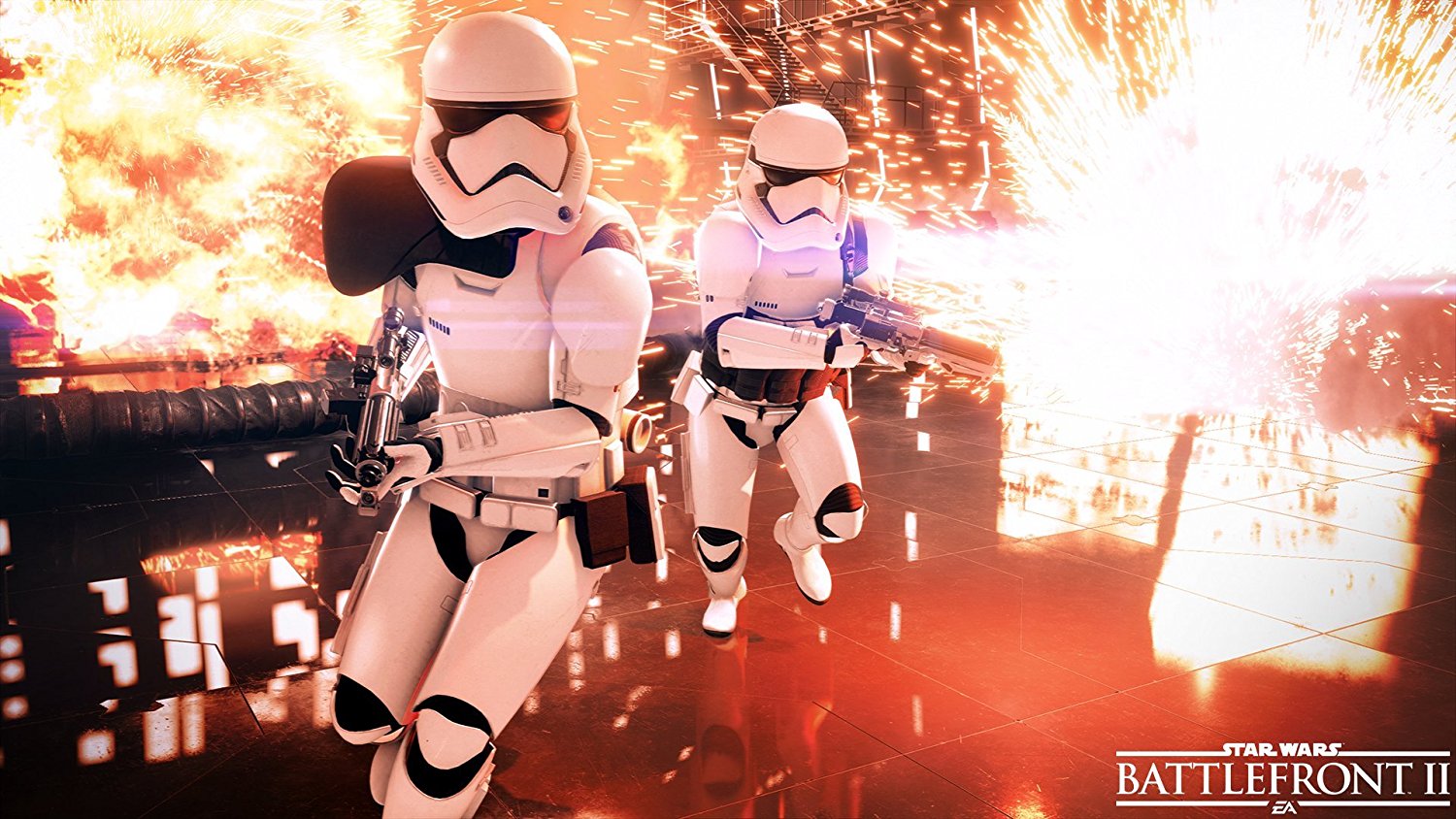 Some would call this The Dark Side

Star Wars Battlefront II has a convoluted progression system. There are a ton of different upgrades which are acquired primarily through Star Cards. These are used to modify characters, and even that is multi-tiered and ranges from common to legendary. There are a lot of options.

But, the one constant that everything hinges on is the loot crate system. Players earn credits in-game and can use those to buy one of three types of crates: Hero, Starfighter, or Trooper. Inside those are randomized loot, but they are guaranteed to be one or two character Star Cards, another item (like a victory pose of a vehicle Star Card), and some crafting parts. Oh yeah, you can eventually “craft” lower cards to higher levels.

All of these can be unlocked through playing, as credits are earned after each match. It seems like 200 credits is a fairly standard haul for a single match (not counting cumulative challenges which also contribute credits). A single Hero crate is 2,200 credits; a Starfighter crate is 2,400; and a Trooper crate is 4,000. (Images in the gallery below via GameSpot.)

For those who don’t want to grind through multiplayer matches to earn crates, we’ve just learned the final pricing for Battlefront II‘s microtransactions. Those use crystals, which are an entirely different currency than credits. Ignoring the 10 percent discount for EA Access members, here’s how much they cost: 500 crystals is $5; 1,000 crystals is $10; 2,100 crystals is $20; 4,400 crystals is $40; and 12,000 crystals is $100. They’re all available to buy now on Microsoft’s store.

But, you know, it’s your money so do what you want.